GOSSIPONTHIS.COM Celebs Yung Berg Says Woman Who Accused Him of Pistol-Whipping Her Set Him... 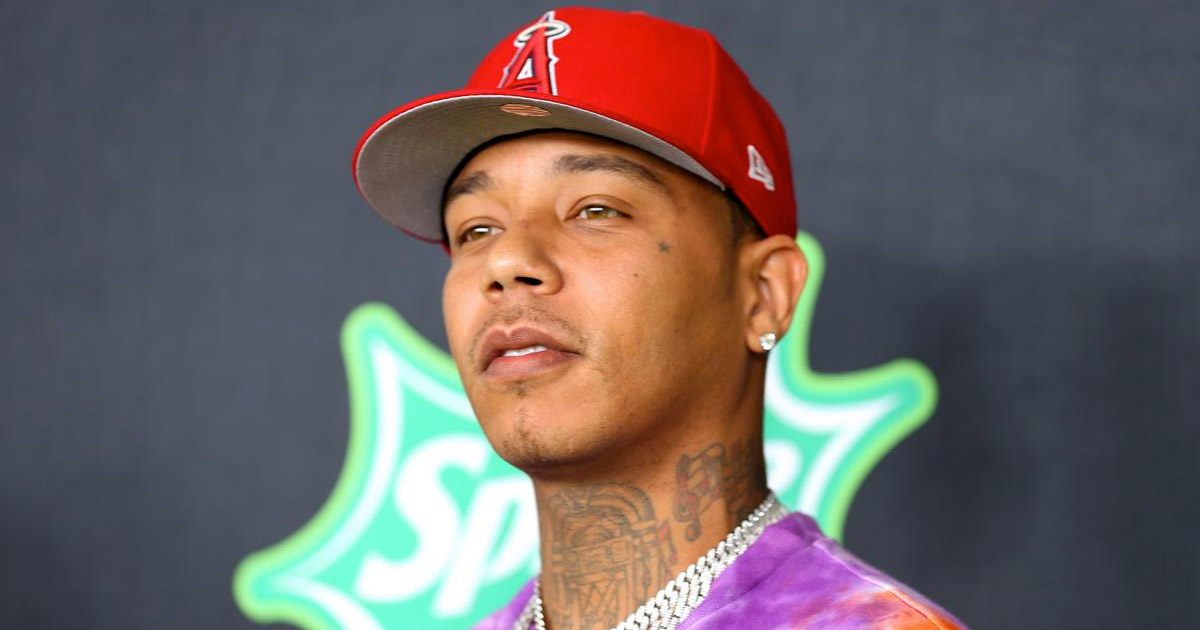 Yung Berg aka Hitmaka is responding to allegations that he pistol-whipped his “girlfriend,” saying that the woman in question is, in fact, NOT his girlfriend and he actually acted in self-defense after learning that she’d set him up to be robbed.

As was previously reported, the rapper/producer, whose real name is Christian Ward, was under investigation by the LAPD for allegedly violently assaulting a woman during a fight early Saturday morning (Mar. 14) in his Los Angeles home.

The police report, originally obtained by The Blast, stated that Ward and the woman got into a verbal dispute before Berg hit her several times with a pistol.

The woman reported the incident to the LAPD and was admitted to Cedars Sinai Hospital in Los Angeles, where she was diagnosed with a “closed head injury, closed fracture of nasal bone, and facial lacerations” that required “several stitches.” She also shared photos showing off her injuries.

But apparently, there are two sides to the story, and Hitmaka took to Instagram Tuesday (Mar. 14) to tell his via a statement from his attorneys.

According to the statement from Hitmaka’s lawyers, there was no domestic dispute, but rather a “planned and coordinated home invasion robbery and assault.”

Hitmaka’s attorneys said a couple of armed robbers were apparently working with the alleged victim, whose name is Talia Tilley, and she’d been communicating with them throughout the night and also sent them her location to coordinate the robbery and assault.

Hitmaka also made it a point to note that Tilley is NOT, nor has she ever been, his girlfriend, but they were acquaintances, as she’d been to his house in the past.

Hitmaka said he first grew suspicious after Tilley suggested they get in the hot tub together, even though it was 4 a.m. and 50 degrees outside.

He said while he declined Tilley’s request to get in the hot tub, the two did share an intimate moment, at which point Tilley “made a calculated, unprovoked attack” on him, “slapping and punching him repeatedly,” the statement read, adding that he defended himself against the attack.

As Hitmaka was being assaulted, the security alarm for his back door went off, and two armed assailants were captured on his Ring doorbell camera jumping the fence into his backyard, while a third suspect acted as a lookout.

Fortunately, the robbers weren’t able to get into the house because the back door was secured by a heavy chain with a lock.

After the robbers realized they weren’t going to be able to get in through the back door, they tried to kick open his front door, but were still unable to get into the house.

Hitmaka said he later went through Tilley’s phone, and saw that she’d been communicating with and sharing her location with an unknown person who was calling and texting her before, during and after the attempted home invasion robbery.

The statement concluded: “Mr. Ward has provided this information and material, including videos and phone records, to the Los Angeles Police Department in the hopes that the perpetrators may be captured and brought to justice.”

In addition to the statement from his lawyers, Hitmaka also posted a personal statement as well as some of the surveillance footage and screenshots showing two of the suspects’ faces.

“On Saturday 4:30am three gunmen made an attempt on my life & home invasion,” he wrote on Instagram. “I have all the surveillance footage which some I’m posting & also other evidence needed. I retained legal [counsel] & decided that with this matter which I’m totally traumatized about that I must let the truth out as media outlets without having proper info are attempting to stain my character and reputation that I have spent my entire life building.

He continued: “I could’ve been murdered inside my home on Saturday & I would like to take this time & thank all of my family, friends, & colleagues who have reached out regarding the matter sending love and positive energy.

“This footage is very alarming to all my fellow people in music & living in los [angeles] area pls be safe and monitor who you allow in your home. I made a crucial mistake which could’ve costed my life THIS WOMAN WAS NOT MY GF EVER. I won’t dive further into this & will let my lawyers move forward accordingly. Pls stay safe amidst these tragic times not only for myself but the entire world.”