GOSSIPONTHIS.COM Crime They Got Her! SoHo Karen Arrested for Assaulting Black Teen & Falsely... 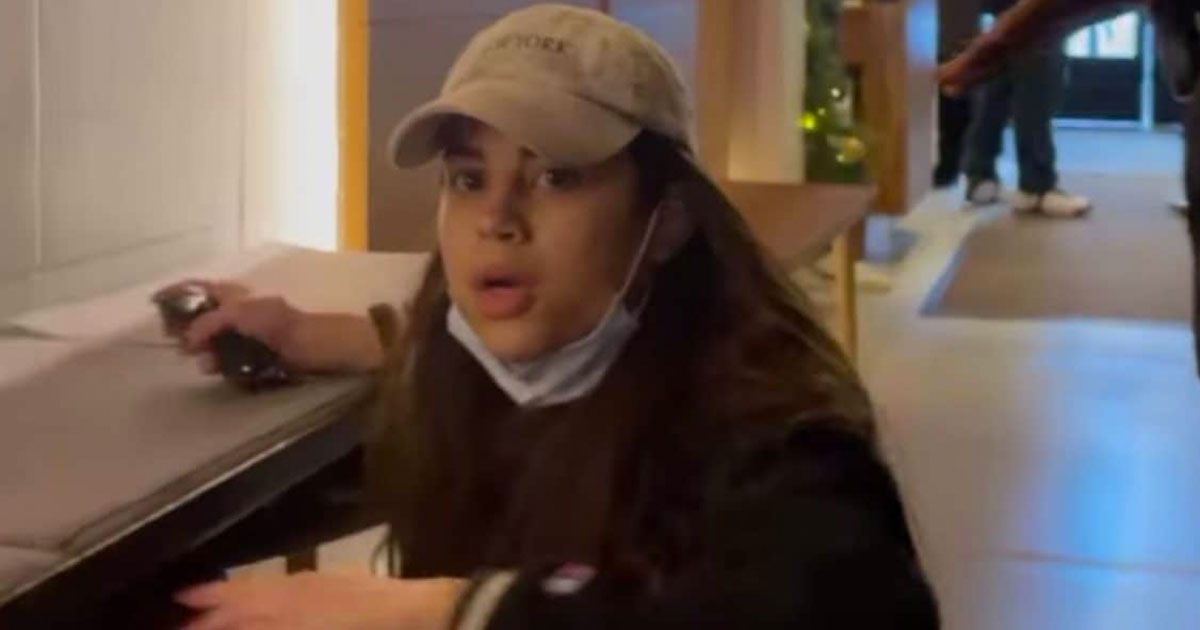 They finally got her!

Nearly two weeks after a viral video showed a woman assaulting a 14-year-old Black boy after she falsely accused him of stealing her iPhone at a hotel in the SoHo area of New York City, that woman in question has been arrested.

TMZ is reporting that 22-year-old Miya Ponsetto (aka “SoHo Karen”) was taken into police custody Thursday (Jan. 7) in a joint effort by the L.A. County and NYPD, and she’s expected to be charged with attempted robbery.

The NYPD has been looking for Ponsetto ever since video surfaced showing her attacking a 14-year-old, the son of Grammy Award-winning trumpeter Keyon Harrold, who she’d accused of stealing her cellphone at the Arlo SoHo hotel in NYC.

The video—originally posted on Harrold’s social media pages—showed a very aggressive Ponsetto trying to take the boy’s phone during the attack because she thought it was hers.

“This person quote on quote ‘lost’ her iPhone, and apparently, my son magically acquired it, which merely ridiculous,” Harrold captioned the footage.

“This incident went on for five more minutes, me protecting my son from this lunatic. She scratched me; she Tackled and grabbed him. He is a child!!! Now watch it again.”

Ponsetto reportedly fled to California shortly after the December 26th incident and laid low with her mom, but was spotted outside a McDonalds just last week.

This isn’t Ponsetto’s first run-in with the law either.

She was arrested twice in 2020, including a September arrest for DUI, driving with a suspended license and failure to obey traffic lanes and a February arrest at a Beverly Hills hotel for public intoxication along with her mother.

As for the 14-year-old she attacked, Keyon Harold Jr., his father says he and the boy’s mother are seeking trauma therapy for their son.

Ponsetto’s attorney said she wasn’t being racist when she attacked the boy, she was just suffering from an “anxiety attack” at the moment.

As far as her phone is concerned, it was later found in an Uber and returned to her.