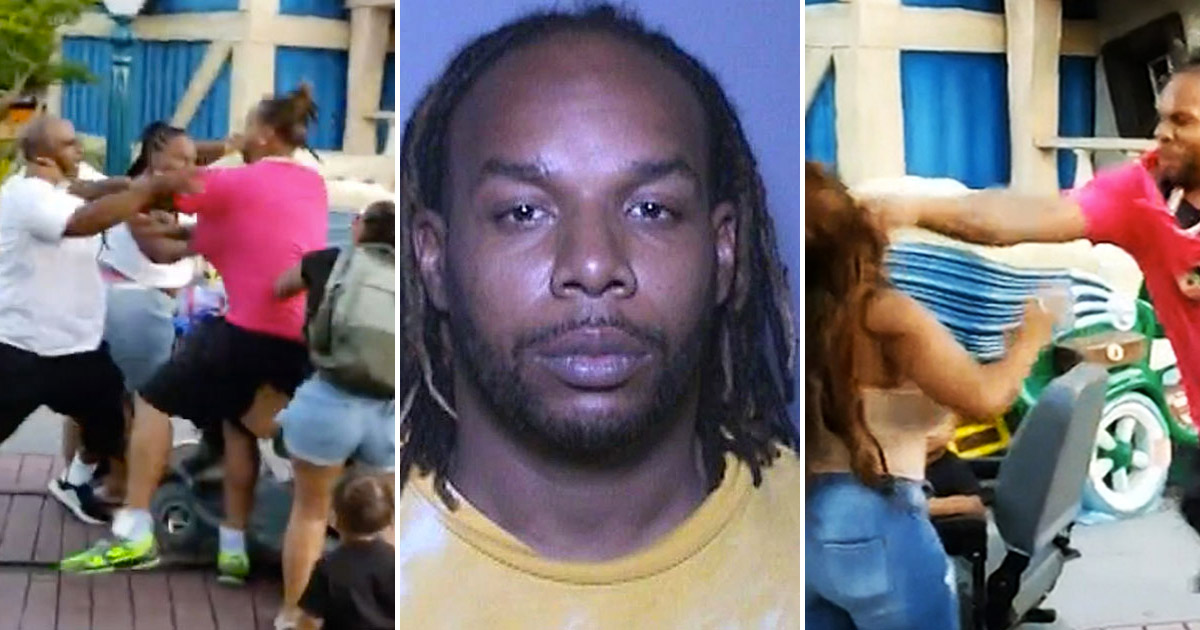 The man who was seen on video fighting family members—including his own girlfriend, sister and brother-in-law—at Disneyland’s Toontown last summer has been sentenced to six months in jail after pleading guilty to the charges stemming from the incident.

35-year-old Avery Robinson of Las Vegas pleaded guilty on Thursday (Feb. 27) to a felony count of corporal injury on a spouse or cohabitant, and a whopping thirteen misdemeanor counts relating to assault, criminal threats, battery and child abuse and endangerment, according to the Orange County District Attorney’s Office.

Anaheim police were called to the Toontown area of Disneyland on July 5th, 2019 to help break up a fight that initially involved two siblings (Robinson and his sister), but had since escalated to include other relatives who were part of their group, investigators said.

The brawl happened in plain view of other park guests, including children (some of whom were part of the group) and was caught on a 4-minute video that quickly went viral on social media.

Just as the video starts, someone can be heard talking about disrespecting family, and you see a woman spit on a guy wearing a pink shirt (Robinson), and chaos quickly ensued.

Things got so bad that an older woman with a mobility scooter (later revealed to be Robinson’s mother) was knocked to the ground and random people started grabbing the children with the family, some of whom were crying in their strollers, to take them to safety.

“The little kids are trying to get the attention of their parents. You could see they’re distraught. That’s why we also filed child endangerment,” District Attorney Todd Spitzer told KTLA.

The viral footage showed everyone throwing punches and hitting each other and hair being pulled, with four people primarily involved, including Robinson’s girlfriend, who wasn’t charged with anything and appeared to be a victim, according to the footage, which showed Robinson hitting her in the face.

Family members and bystanders alike tried to intervene and break up the fight, while other parkgoers called for help from Disneyland security. By the time park officials arrived, Robinson had already been subdued by the crowd.

At one point in the footage, Robinson could be heard referencing a Southern California gang and shouting “I’m ready to go to jail tonight!”

After Robinson and his family were kicked out of the park, Robinson allegedly threatened to kill a relative when they drove out of the parking lot, and a Disneyland cast member also accused him of assaulting them with his car.

When Robinson and his family were contacted by Anaheim police, they denied being involved in a fight, but the video—which had millions of views on various social media platforms—proved otherwise, prompting police to investigate further.

The case was eventually turned over to the District Attorney’s office, which charged Robinson and two others in connection with the incident.

Robinson’s older sister, Andrea Robinson (the woman in the white tank top) of Compton, was charged with four misdemeanor counts of battery and one count of assault.

Andrea’s husband, Daman Petrie, (the guy in the white shirt) also of Compton, was also involved in the fight and was charged with misdemeanor battery.