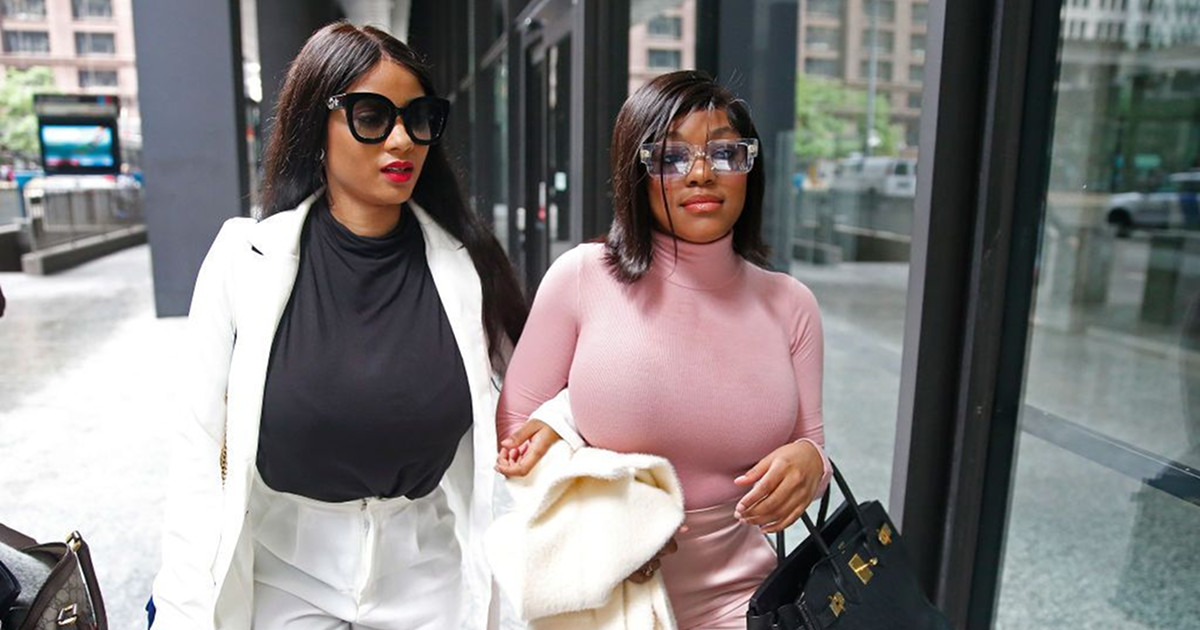 While R. Kelly is currently behind bars facing several counts of sexual misconduct, two of his girlfriends have turned against each other and got into a brawl … and the whole thing went down on Instagram Live.

Azriel Clary and Joycelyn Savage got into a physical altercation today (Jan. 8) in their Trump Tower condo in Chicago. Cops eventually arrived on the scene after being alerted of a battery in progress.

In video from Azriel’s Instagram Live session, the 22-year-old is confronted by Joycelyn. “You disrespectful! You’re so evil!” Joycelyn yelled.

“I’m not evil. I need to protect myself,” Azriel retorted, prompting Joycelyn to initiate a physical altercation.

Azriel drops her phone during the scuffle, and though it’s turned away from the fight, the audio of the brawl is very clear. A few other people in the room can also be heard trying to pull the two women from each other.

Azriel then claims that Joycelyn is going to jail, not only for attacking her, but for having sex with her when she was underage.

Joycelyn called her a liar as Azriel continued to accuse her of sleeping with her as a minor and saying that she was going to jail because of it.

Following the fight, Azriel went on to say that Kelly has been lying about his relationships with women and had her and Joycelyn lie for him as well.

“He’s been lying to y’all assess and has people like me lying for him. And that’s why we never watched the documentary,” she said. “[Had us] on Gayle King as stupid as can f**king be.”

Later in the Live session, Azriel tells police officers that the altercation began after Joycelyn brought one of Kelly’s “handlers” into their shared apartment to retrieve some of Kelly’s awards and other items.

“After that, she started that I’m so wrong about this and that,” Azriel told the cops, adding that Joycelyn then “started attacking me.”

Azriel said that Joycelyn hit her with her hands and her phone, and also tried to kick her during the altercation.

In an update on the brawl, TMZ reports that Azriel has been taken to a hospital for further evaluation.

Kelly’s lawyer, Steven Greenberg, also issued a statement on the matter, claiming that Azriel has recanted her statement that Kelly had sex with her when she was a minor.

“I have a statement written by Azriel that she provided to me, voluntarily, after Robert was already in jail, that said she never had sex with him when she was under aged.”

He also dismissed Azriel and Joycelyn’s fight as a staged social media stunt.

“As far as this little catfight, it is clear that it was staged to try and boost social media popularity,” he said.

It is unknown at this time if any charges have been charged against Joycelyn or Azriel for the fight.