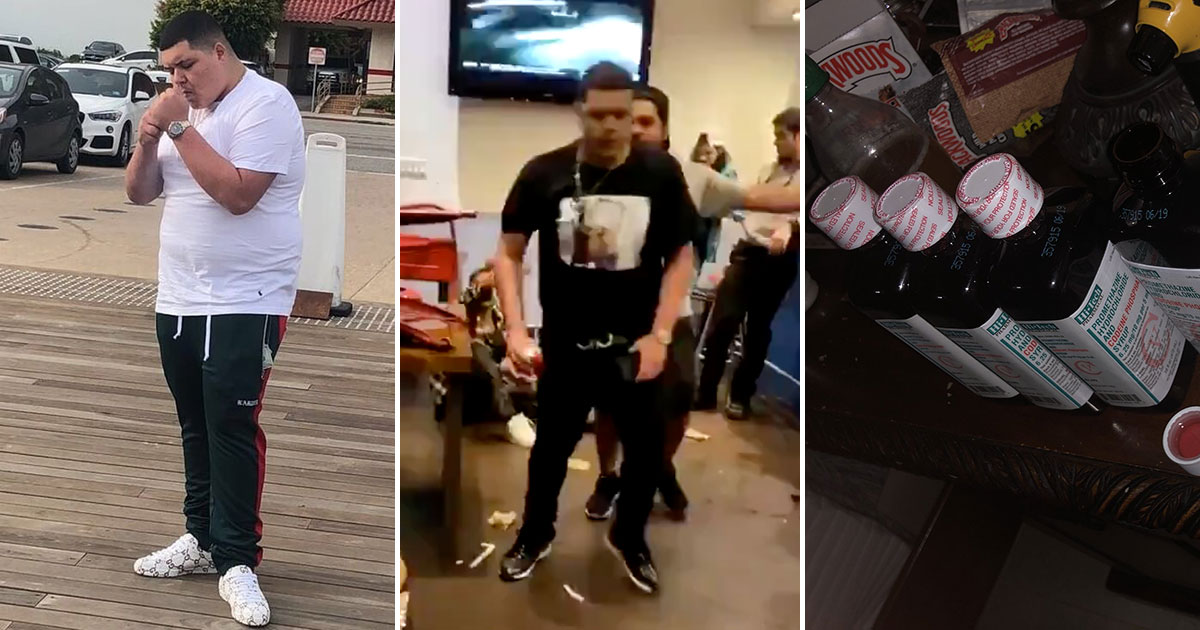 Video footage showing Brother Nature getting beat up at a Miami restaurant has gone viral, and now everyone wants to know the man behind the kicks and punches seen in the footage.

Fortunately, it wasn’t hard to find Brother Nature’s attacker … because as it turns out, he’s actually the person who actually first shared the video on Twitter.

The clout-chaser goes by the name “Phat Dabb” on Twitter (@phatdabb_gmn) and while he’s since deleted the videos he originally shared showing him assaulting Brother Nature, he left one up in which he’s responding to someone else’s tweet about the assault, writing: “He should learn how to speak to [people].”

In the video, Phat Dabb can be heard saying to Brother Nature: “Don’t nobody know you bro.”

And the latest tweet posted on his profile is a Retweet of a friend saying “This n***a dabs beat up brother nature [crying emojis].”

A bystander in the restaurant gave their account of what happened, saying that Brother Nature was trying to order his food over the shoulder of Phat Dabb, who they described as a “lean plug,” and apparently that sparked an altercation between the two.

“Bro there was a lean plug just chilling banged up with his boys there and brother nature came and started to order food but he literally ordered over dudes shoulder while he was eating. Buddy got hot and that’s it they bumped.. It sucks cause dude is a cool guy but you can’t fuck with Miami plugs out here you gotta respect the streets.”

Here is a video of @brothernature & @phatdabb_gmn right before the fight

Server: "I can take your order but we dont serve at tables"@Brothernature: "Are you the manager, can I speak with the manager?"

Looks like he wanted to be served at the table and not the bar at 4am pic.twitter.com/9RMO4Lki6F

A deep dive into Phat Dabb’s social media feeds confirms the bystander’s description of the guy being a “lean plug,” as there are dozens of photos/videos on his accounts of him drinking lean and showing off his profits.

Made me break out da Wok????? pic.twitter.com/ObPQc7WKik

We eating on dis side ? pic.twitter.com/4aTJ55xvOm

In another tweet posted early Saturday morning (Dec. 7), he said: “Lil Wayne just told me my cup muddier than a Mf inside liv….. I can die in peace now.”

Lil Wayne jus told me my cup muddier than a Mf inside liv….. I can die in peace now ?

FYI: “Lean” (also known as “Purple Drank” or “Sizzurp”) is a recreational drug created by combining prescription-strength cough syrup with a soft drink and hard candy like Jolly Ranchers. Saying someone has a “muddy” cup means there’s more syrup than soda.

Other posts on Phat Dabb’s Twitter page show him flaunting his massive collection of recreational weed.

Im Burning on cookies but I don't eat sweets ? pic.twitter.com/MgExFQfw4Y

Im smoking in the best wherever I go ?? pic.twitter.com/ywSxmk8jbX

Oh, and for what it’s worth, Phat Dabb uses the n-word a LOT more than he should, considering the fact that he is, you know, NOT Black.

If you listen closely to the video of him attacking Brother Nature, he calls the social media personality a “bitch a** n**ga” after he throws a drink in his face as he’s sitting on the ground after the assault.

#BREAKING: The guy getting beat up is ALLEGEDLY @BrotherNature, and the guy who worked him over is @phatdabb_gmn

This occurs a few hours ago in Miami at La Sandwicherie

No word from Brother Nature confirming it was him as of this tweet pic.twitter.com/CsHtDqlyny

My lil gangsta bitch she a pistol whip a nigga bitch more realer than these niggas ?

Most of these niggas go broke for these hoes ??

Crazy how my expenses nowadays use to be a niggas stash and then sum ?

My old boy jus called me asking me what year I was born… I hate this nigga ??

A number of Twitter users who have seen the footage of Phat Dabb assaulting Brother Nature are calling for Phat Dabb to be identified and arrested.

Some are even going as far as @ing Miami police and the FBI in his mentions.

Omggggggg the man who beat up Brother Nature sells lean and folks are mentioning the police in his mentions. pic.twitter.com/0BQSzfmoH7

So the person who jumped Brother Nature talking about how much dope he sell? Bet. pic.twitter.com/3g6vVjsHCM

Twitter is the ultimate FBI, NSA, PD force. Brother nature gets beat up and I’ve seen every name of everyone involved tagged into every police precinct in the area all on twitter with clips of the incident.

Miami Police Department officials told TMZ their officers responded to a call around 5:45 a.m. for a disturbance at the la Sandwicherie restaurant where the attack happened, but no one was arrested because everyone involved had already left the scene.

He posted a video on Instagram Saturday afternoon (Dec. 7) of him listening to music and smiling at the camera as he ices his swollen lip. He captioned the clip with a smiling blushing face emoji. 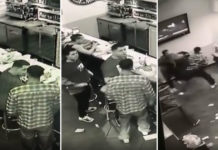