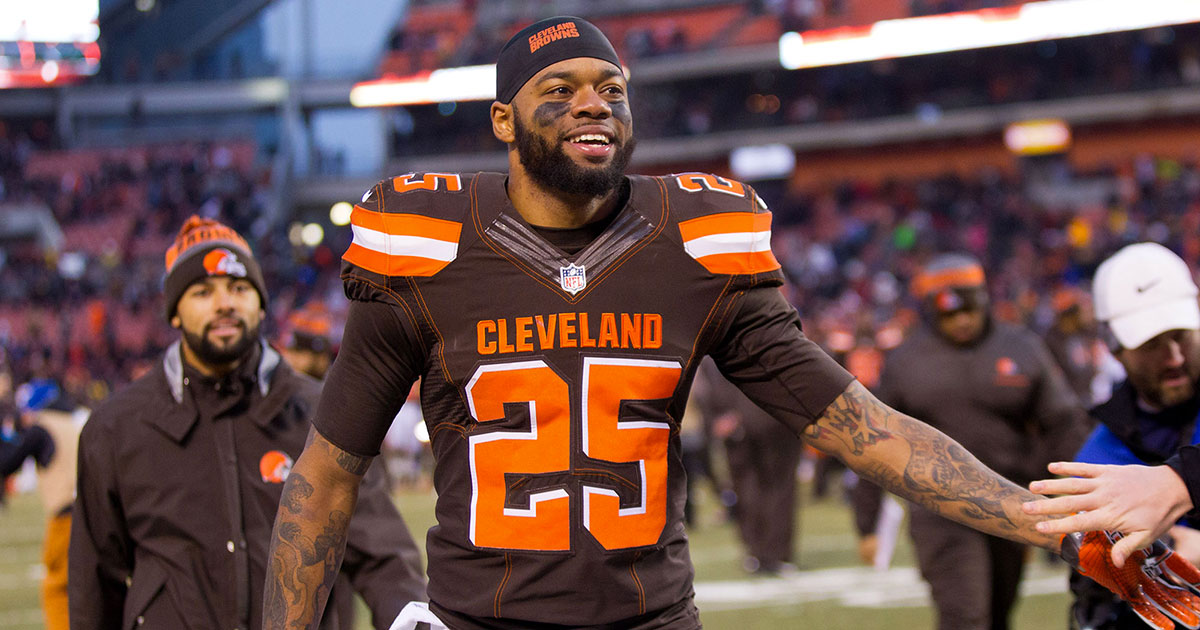 Though his cause of death of death has not been revealed, Atkinson’s sudden passing comes less than a year after his twin brother, Josh, committed suicide.

As reported by Pete Sampson of The Athletic and other outlets, Atkinson had been suffering from depression since his brother’s suicide in January 2019.

In October, Atkinson—who had an unstable childhood—penned an essay to “kids going through tough times” and opened up about how his brother’s tragic death lead to depression. He even revealed that he was admitted to a psychiatric institution and trying to self-harm.

“Filled with anger and guilt, I was on an emotional roller coaster and in a real dark place.”

It was his 2-year-old daughter who gave him strength to get better.

“Without my daughter, I don’t know where I would be right now. She gave me that second wind of motivation,” he wrote.

George and Josh were the sons of Super Bowl champ and former Oakland Raiders defensive back George Atkinson II.

Their mother suffered from schizophrenia and self-medicated with crack cocaine and other drugs.

She died last October from complications of Crohn’s disease. Josh’s grief over her death was a factor in his deep depression and subsequent suicide.

In his October 2019 essay, Atkinson III ominously admitted that the impending holiday season would be difficult without his mother and brother.

“My mother’s birthday just passed and I know the holidays this year won’t be easy. But I am trying to take life one day at a time,” he wrote.

After he and his brother both played for Notre Dame, Atkinson was briefly signed to the Oakland Raiders and then bounced around between several practice squads.

His only NFL regular-season appearance was in 2016 and he was last signed to an NFL team in August 2018.

Our thoughts go out to the Atkinson family as they continue to grieve their three family members.