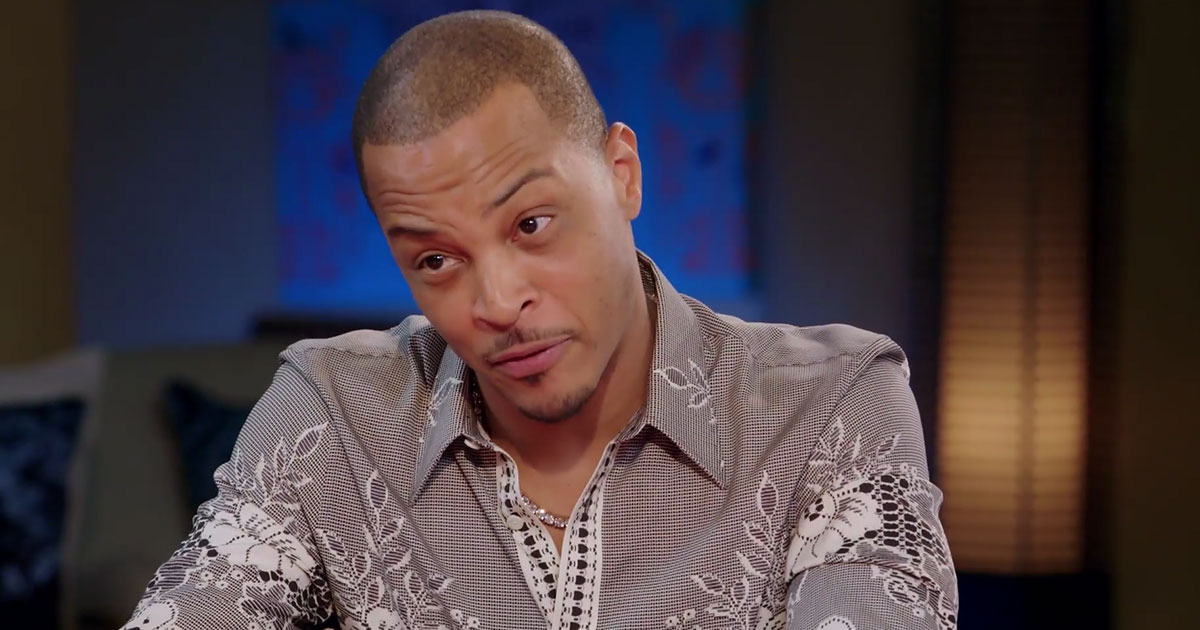 T.I. recently came under fire after revealing in a podcast interview that he monitors his daughter Deyjah’s virginity by going to the gynecologist with her to make sure her hymen is still, in his words, “intact,” and now he’s finally responding to the backlash.

The rapper and his wife Tiny sat down with Jada and her mom Adrienne for an episode of Red Table Talk that premiered on Facebook Watch Monday (Nov. 25) and discussed “hymengate,” which T.I. says was a joke that went way too far.

“I think this surrounds a conversation I was having in a very joking manner. I just began to—from a place of truth—I began to embellish and exaggerate,” the rapper said.

“I think people kinda took it extremely literal, because if you put any of my reputation… Who I am as a father, who I’ve been… I honestly thought people knew me better than that.”

Tip went on to say that he’s never been in the room with Deyjah while she’s undergoing a gyno exam, he was just made aware of the results, and he said the only time he’s attended a gyno appointment with her was when she was “15 or 16.”

On top of that, T.I. said Deyjah’s mom attended the appointments as well, and, more importantly, none of this was done maliciously. T.I. expressed himself as simply a concerned father who’s doing his best to look out for his daughter.

For what it’s worth, T.I. said Deyjah had “no objection” to him accompanying her to gyno appointments, however, she did have a problem with him telling the world about what should have remained a private father-daughter moment.

“I understand it and I am incredibly apologetic to her,” T.I. said. “Not to any of these other strangers or any of these weirdos who toss lies around for free,” he added, underscoring his intentions of protecting his daughter versus embarrassing her.

T.I. also offered an explanation as to why he’s been silent since, in his words, “the number two hit the fan.”

He said, at first, Deyjah didn’t want him to say anything, but then she had a change of heart, hence the Red Table Talk Interview.

Watch part 1 of Jada’s sit-down with the Harrises below … and be on the lookout for part 2, which premieres next Monday!