GOSSIPONTHIS.COM Celebs T.I. Says He Checks His Daughter’s Hymen Every Year to Make Sure... 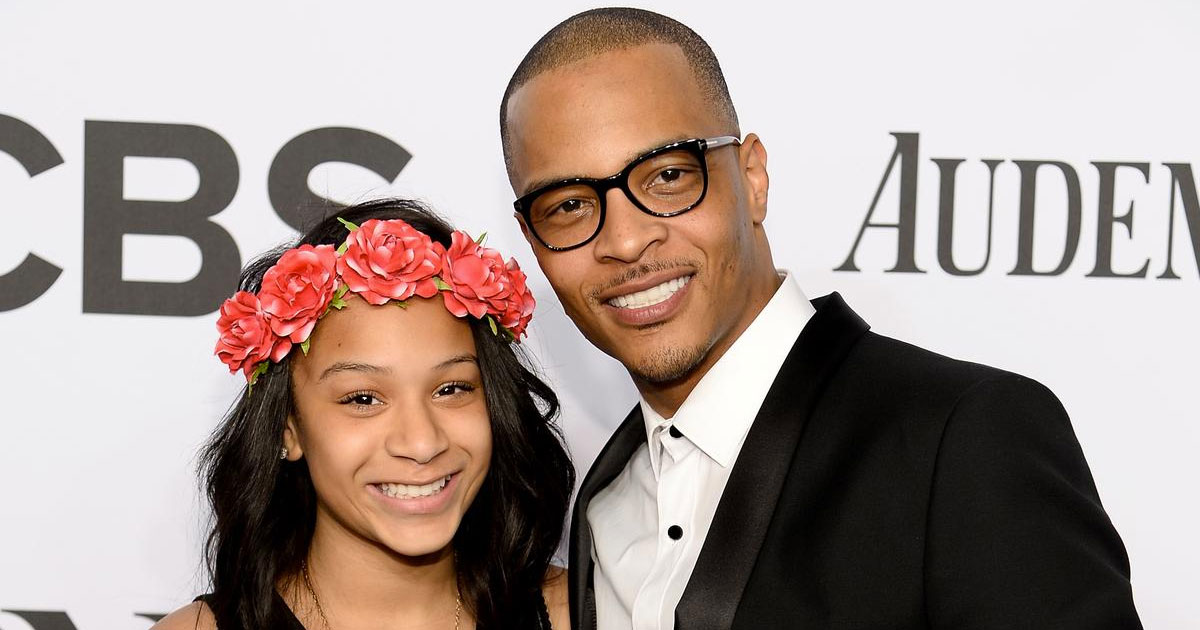 A father’s relationship with his daughter can be a beautiful thing … until it’s not.

T.I. recently appeared on the “Life Hacks” episode of the Ladies Like Us podcast with Miguel’s wife Nazanin Mandi and makeup artist Nadia Moham, and the 39-year-old rapper made some eyebrow-raising comments about the way he monitors his teenage daughter’s sexual activity (or lack thereof if he has anything to do with it).

“I think that most kids in hindsight, looking back, they always thank their parents for not allowing them to damage themselves as much as they could have,” the rapper said, opening up a conversation about strict parenting and talking about sex with your kids.

When asked if he’d had “the talk” with his children, that’s when he revealed that he makes it his business to make sure his 18-year-old daughter is still holding on to her virginity.

T.I. says he goes to the gynecologist with his daughter Deyjah to make sure she’s maintaining her virginity.

“This is the thing. Deyjah’s 18, just graduated high school now and she’s attending her first year of college, figuring it out for herself,” he said. “And yes, not only have we had the conversation, we have yearly trips to the gynecologist to check her hymen.”

When the podcast hosts laughed at Tip’s revelation, the Kang of the South confirmed that was dead-ass serious and actually explained one particular visit in extreme detail.

“So it’s this one time we go, I think this might have been after her 16th birthday. This is what we do. Right after the birthday we celebrate,” he said.

“Usually like the day after the party she’s enjoying her gifts. I put a sticky note on the door: ‘Gyno. Tomorrow. 9:30.’ So we’ll go and sit down and the doctor will come and talk and the doctor’s maintaining a high level of professionalism. He’s like, ‘You know sir, I have to, in order to share information’ — I’m like, ‘Deyjah they want you to sign this so we can share information. Is there anything you wouldn’t want me to know? See doc? No problem.’

“And so then they come and say, ‘Well I just want you to know that there are other ways besides sex that the hymen can be broken like bike riding, athletics, horseback riding and just other forms of athletic physical activity.’ So I say, ‘Look doc, she don’t ride no horses, she don’t ride no bike, she don’t play no sports. Just check the hymen please and give me back my results expeditiously.'”

Fortunately for T.I.’s fragile masculinity, the results have been up to his standards. “I will say as of her 18th birthday, her hymen is still intact,” he revealed, adding that having a virgin daughter helps him sleep better at night because, in his eyes, it will make her less appealing to guys her age.

“They’re no fun. Who wants a virgin?” he asked. “Like really? All that work.”

If T.I.’s comments about his daughter’s sexuality are surprising to you, then you obviously haven’t been listening to his ExpediTIously podcast.

Just last week, the rapper made headlines after making a comment about owning half of his wife Tiny’s vagina since marriage is supposed to be 50/50.

After Tiny said something about a wife “giving” her husband sex, a flabbergasted T.I. said: “See, you can’t be rationing out stuff, talking about what you’re going to give nobody because what’s yours is mine and what’s mine is yours.

The rapper continued: “That means that little thing you got, that little sex box you got is half mine. So you pick which side you want, and that’s yours. The rest of it is mine. We can split it right down the middle of the … what do they call it? The, the, the, is it the, ‘uvula’?”