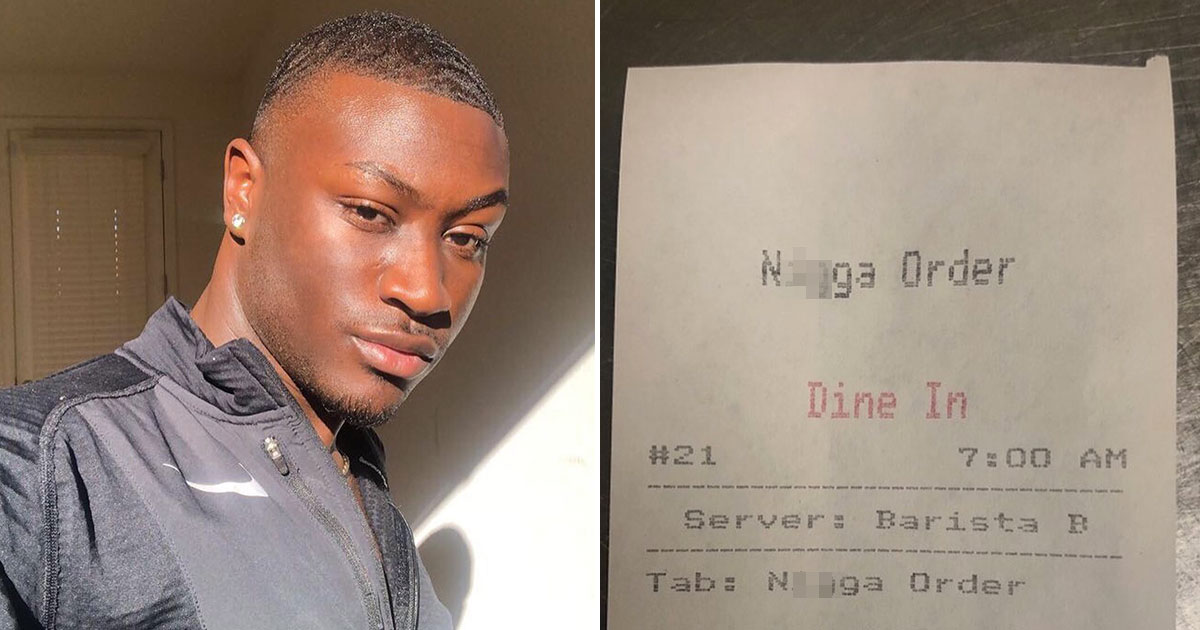 A Black restaurant worker has put his employer on blast for insensitive conduct that he endured in the workplace.

In October, 21-year-old Arizona State University student Rakevion White was working a shift when he saw an order come through for the section he was working titled “N*gga order.”

White took to Instagram after he felt there were no consequences to the employees who inputted the order directed at him.

He told BuzzFeed News he’d already spoken to management to let them know his feelings and was told that it must have been a joke. The only punishment the other employees received was a write-up, he said.

“It made me feel uncomfortable because it’s like, OK, well, you’re pretty much saying it’s acceptable, but since they explained to you that they were joking, then I should be OK with it,” White said.

White said he even approached his coworker first to let his feelings be known before following up with management.

“I asked her if she could take the order down or change the name because I was offended by it and I was upset that she was sending something in like that to me, and she said that she didn’t know how to take it down,” White said, adding that she just laughed and “pretty much disregarded how I felt about it.”

White—who works at the restaurant to help pay for school—said that he felt that his hours were now being cut as a form of retaliation since the incident came to light, and he expressed dissatisfaction with how it was handled.

“I’m pretty much not making any money working there,” White said.

An anonymous coworker corroborated White’s account and management’s reaction in a statement to BuzzFeed. “Nothing really happened, and it kind of just got blown over,” the coworker said.

Both White and his coworker said this wasn’t the first incident of discrimination against Black employees at the restaurant.

They said other former employees have been fired for seemingly lesser offenses, such as “inappropriate” work attire or for eating in unauthorized areas.

“I feel personally that if I had pretty much did something like this I would have been fired immediately,” White said. “It’s not OK. Not just that it was done to me and you know other Black employees but for any race regardless that works there.”

The restaurant in question is The Breakfast Club (located in Phoenix, AZ) and their Instagram page was down earlier in the week when news broke of the harassment.

If you visit their Instagram now you can see management has released a lengthy statement on the matter explaining why they didn’t fire the employee who wrote the slur on the receipt given to White.

“Since opening Breakfast Club in 2003 we have had the opportunity to serve tens of thousands of guests and to build a team of 100 employees — people of all backgrounds and walks of life, all ethnicities, all religions, all beliefs, all genders. We have never discriminated against anyone, not do we tolerate or condone discrimination. Ever.

“On October 22nd, we learned of an incident that disturbed our leadership team to the core. One of our employees, in what he described as an attempt at a joke, used a racial slur in place of his own name on a food ticket. That so-called joke about his name was posted, as all food orders are, to the restaurant’s electronic ordering system.

“This was not a joke, even if it was not directed at a guest or a fellow worker. It was crude, insensitive and deeply hurtful. It was not funny. It was an extremely serious breach of how we expect our employees to treat each other and our guests.

“We immediately investigated the incident, seeking to understand all that took place, recognizing this slur as offensive to us, the culture of Breakfast Club and to all who encountered this slur.

“We took immediate action to discipline the employee involved and, just as importantly, to make sure that the employee who raised concerns about this horrible scenario was okay. Since then, we have had a number of conversations with our team about this incident, as we work to repair any damage done by such thoughtless conduct.

“After careful consideration, we made the decision not to fire the employee who exercised such appalling bad judgment. This was not a decision made to minimize his unacceptable conduct. Rather, it was based on the depth of his remorse, the sincerity of his apology to everyone he offended and his five-year prior record of treating his fellow employees with respect.

“We recognize some people may disagree with this decision. We respect your opinion. We have heard you and we agree with you — discrimination in any form is wrong and unacceptable. With that said, we believe in the possibility of teachable moments, instances where individuals and communities can learn from even horrific mistakes, grow and become better and closer.

“At Breakfast Club, we have worked for years to build a family of team members. For many of our young employees, this is their first job, their first time in a workplace. We support one and all, treating each employee and guest as we would hope to be treated. We hold one another accountable and responsible, even as we extend grace to those who are teachable, walking with them as they grow and learn.

“In sum, we have offered this employee a second chance. There will not be a third. We will continue to work with all our employees to promote a culture of fairness and respect, including taking additional steps — like mandatory diversity training — to ensure that unacceptable conduct like this never happens again.

“To anyone offended by this conduct, you have our deepest apology. Beyond words, you have our pledge of action to do what we can at Breakfast Club to continue to make this community, which we love deeply, a better place for one and all. We hope you will continue to walk with us as we grow and move forward, continuing to serve our guests, our Breakfast Club family and the Valley. Thank you.

Going forward we hope Rakevion White can enjoy a work environment free from any type of racial harassment and the management learns from this instance to make sure they take into account employees’ feelings before it becomes national news.