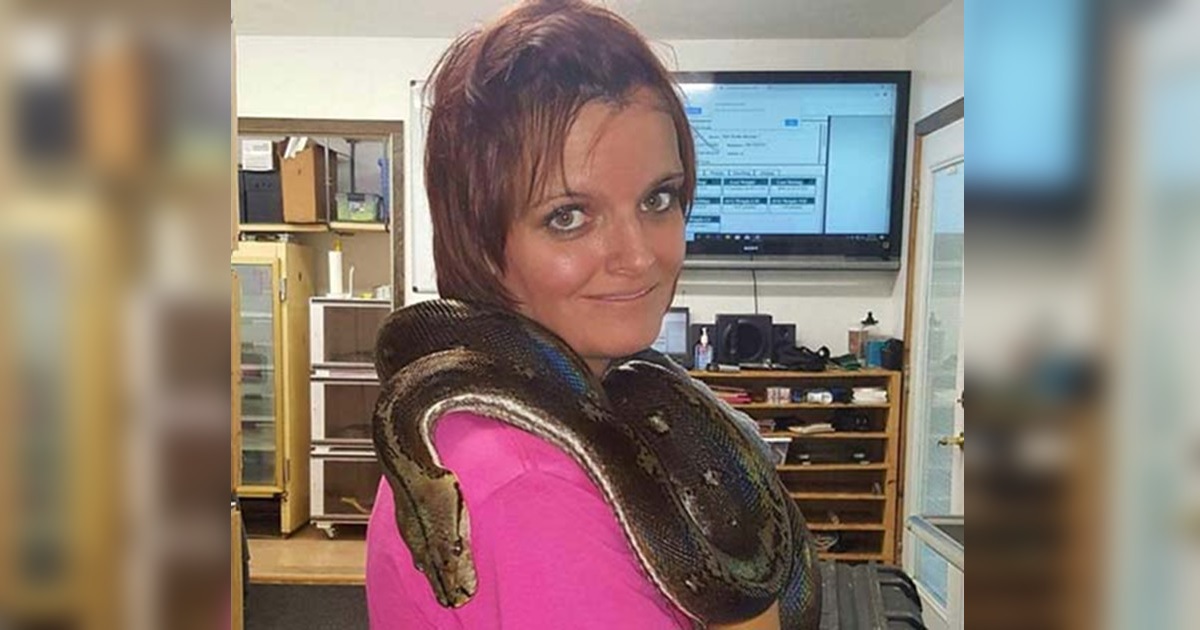 An Indiana woman died in a freak accident after being found with an 8-foot python wrapped around her neck.

Oxford, Indiana first responders arrived on the scene to find Laura Hurst unresponsive on Wednesday night (Oct. 30) in a home filled with 140 snakes. Though life-saving measures were performed, Hurst was pronounced dead.

The python that wrapped itself around the 36-year-old’s neck is considered to be one of the longest types of snakes in the world. Police do not believe it belonged to Hurst.

Indiana State Police Sgt. Kim Riley said Hurst was “apparently there checking on her snakes. For whatever reason, she apparently got the snake out and she was doing what people do with snakes.”

Hurst was found in a home unoccupied by humans that has been specifically renovated for the collection of snakes. Hurst kept about 20 of her snakes in the home and visited the property about twice a week.

The property housed about 140 snakes and is owned by Indiana sheriff Donald Munson.

Munson called Hurst’s death a “tragic accident” and is cooperating with the investigation into the matter.

Sgt. Riley noted that it’s still unknown if the python caused Hurst’s death. An autopsy will be conducted to officially determine that.