GOSSIPONTHIS.COM Crime Florida Rapper Dies After Window Falls on His Neck While He Was... 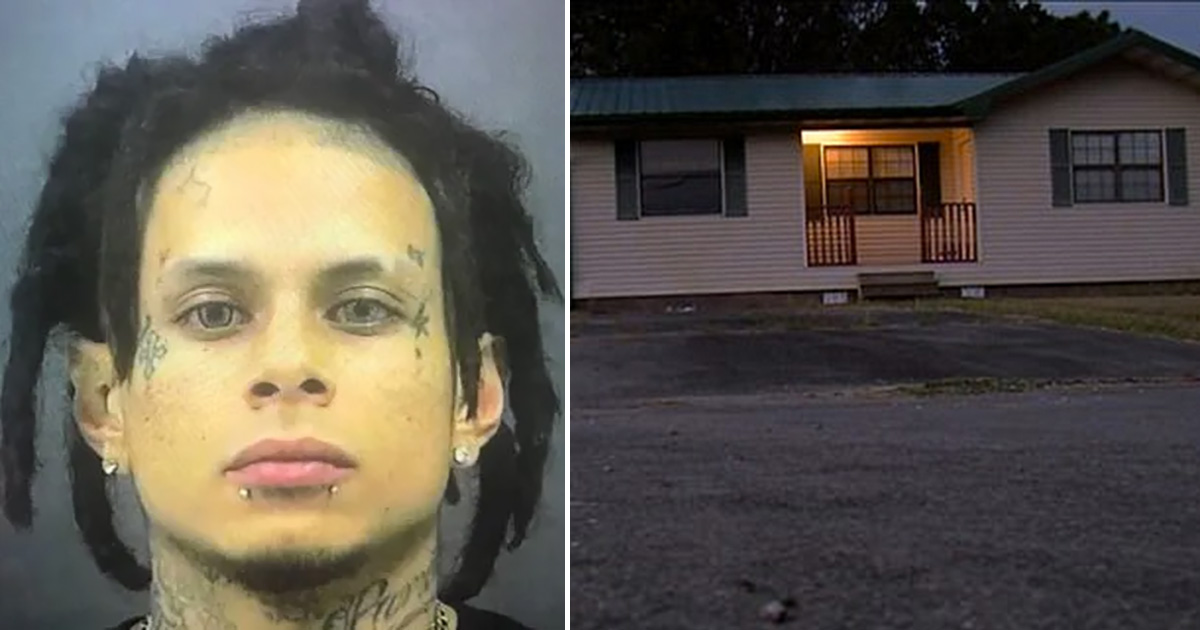 A Florida man is dead after a window fell on his neck in a freak accident while he was trying to break into a home.

The Lee County Sheriff’s Office confirmed that 32-year-old Jonathan Hernandez died during the attempted burglary at a home in the southwestern Florida town of Leigh Acres Saturday (Dec. 12).

Police said as Hernandez scaled the wall of the home, he opened a window and was in the process of climbing through when it slammed down onto his neck.

By the time deputies arrived on the scene, Hernandez was dead and his body was hanging out the window.

A photo taken by the home’s property manager showed Hernandez caught in a window about five-and-a-half feet from the ground.

The image, provided to the Fort Myers News-Press, showed the window closed on Hernandez’s neck with his right arm dangling by his side and his body limp.

Hernandez, a father-of-five, was reportedly an aspiring rapper and was known to his friends and fans as “Taz UFO” or “UFO.”

The Daily Mail reported that “several” of his rap videos could be found on YouTube, but we at Gossip On This weren’t able to find much online related to his purportedly budding career other than a few posts on Instagram.

Sheriff’s deputies also said Hernandez was recently questioned as part of a 2014 murder case, but no further details were provided.

Those who knew him, however, said Hernandez was a kind person and are in disbelief about how he died.

“When I first met him, I was like man he looks like he has a rap sheet like El Chapo,” his fiancée Patricia Duarte told NBC2 News. “And he’s the complete opposite of that. He’s the sweetest person you’d probably ever meet and has the biggest heart.”

Duarte said she doesn’t believe the investigators’ story about what happened and went to the home to have a look for herself.

“Soon as I got there I’m like, there’s no way. This isn’t what happened,” she told reporters. “I just need something to be done the right way. I need a proper investigation. I need the actual truth to come to light.”

Tyson Lane, a friend of Hernandez, described the man as generous and outgoing.

“He liked to have a good time,” Lane said. “When he walked into the room, his smile just bright up everybody. And he just get along with everybody.”

Like Duarte, Lane doesn’t accept the police’s explanation that Hernandez died while trying to break into a home.

Lane added: “He is not a burglar. He’s not a thief. He’s not a bad guy. That’s not what he is. If he had a roof over his head and you didn’t, he would give you a roof over your head, bring you in his household. That’s something that he did for a lot of people including myself.”

Duarte has started a GoFundMe to help pay for Hernandez’ funeral costs.

“It hurts to even write this,” she wrote on the page. “Taz has left to a better place. He leaves behind 5 beautiful children he loved with his entire heart and soul. Anything you can help with is greatly appreciated.

“He was destined to be GREAT beyond great at that I know his close friends will ensure his music lives on. All he wanted in life was to make it with his music so his kids didn’t ever have to worry. His memory will live on not only through his kid’s but his music his true friends and I. We love and appreciate anything you can do.”