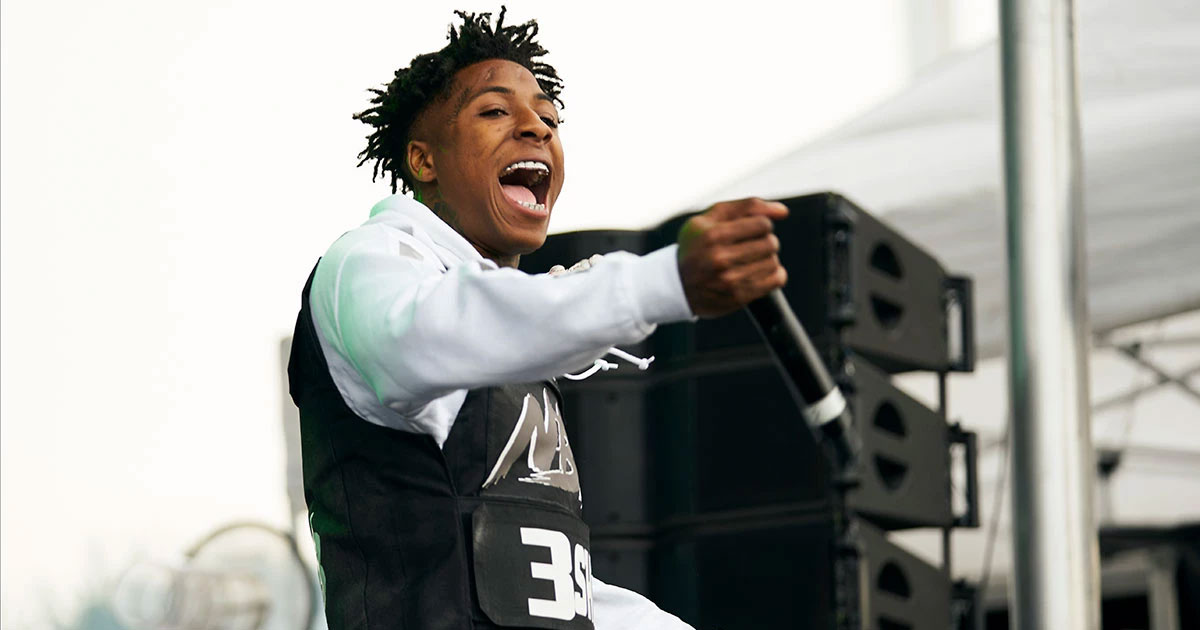 YoungBoy Never Broke Again has scored his first #1 album on the Billboard 200 Album Chart, as his latest project, AI YoungBoy 2 debuted at the top of the list.

The Louisiana rapper—who just celebrated his 20th birthday this past Sunday (Oct. 20)—sold 110,000 equivalent album units, with 3,000 of those in pure sales. The rest of the numbers were accumulated via the 140 million-plus streams via services such as Apple Music, Spotify, Tidal, YouTube, etc.

AI YoungBoy 2—the follow-up to 2017’s AI YoungBoy—has been widely celebrated on social media, with many fans calling it the best album this year so far.

Youngboy poured his heart out on “lonely child”

Everyone in Louisiana: “Cause I need it” pic.twitter.com/D5OuqpHOdI

When that young boy hit ? pic.twitter.com/JUeLBlOMRS

NBA youngboy album is the best album of 2019 . These are factz do not argue with me.

No cap youngboy had the best album this year

NBA youngboy has the best album that dropped recently

i still can’t believe youngboy gave us the best album of the year ?

Even more impressive is the fact that AI YoungBoy 2 is a massive success despite no big-name features. The only features on the entire project are Quando Rondo and No Cap on a track called “Outta Here Safe.”

This is the second time YoungBoy has reached the top 10 of the Billboard 200 Albums Chart.

His debut album, Until Death Call My Name, peaked at No. 7 when it was released in April 2010. It featured guest appearances from Future and Birdman and has since been certified platinum.

AI YoungBoy 2 serves as the rapper’s first project since he was released from prison back in August.

He’d been in jail since May when he was arrested for his alleged involvement in a shooting incident in Miami on Mother’s Day that left an innocent bystander dead and also injured his girlfriend Kay Marie.

YoungBoy (real name: Kentrell Gaulden) faced having his probation immediately revoked, however, the judge put him on house arrest with electronic monitoring until his probation expires in August 2020. He’s also not allowed to perform until then.

Elsewhere on the Billboard 200, LilTjay makes his debut on the chart with True 2 Myself, which opened at No. 5 with 45K equivalent album units (1,000 in pure sales).

Post Malone’s Hollywood’s Bleeding moved from No. 3 to No. 2 with 99K units, Summer Walker’s Over It dropped from No. 2 to No. 3 in its second week (78K units) and DaBaby’s KIRK remained at No. 4 with 55K units in its third week. 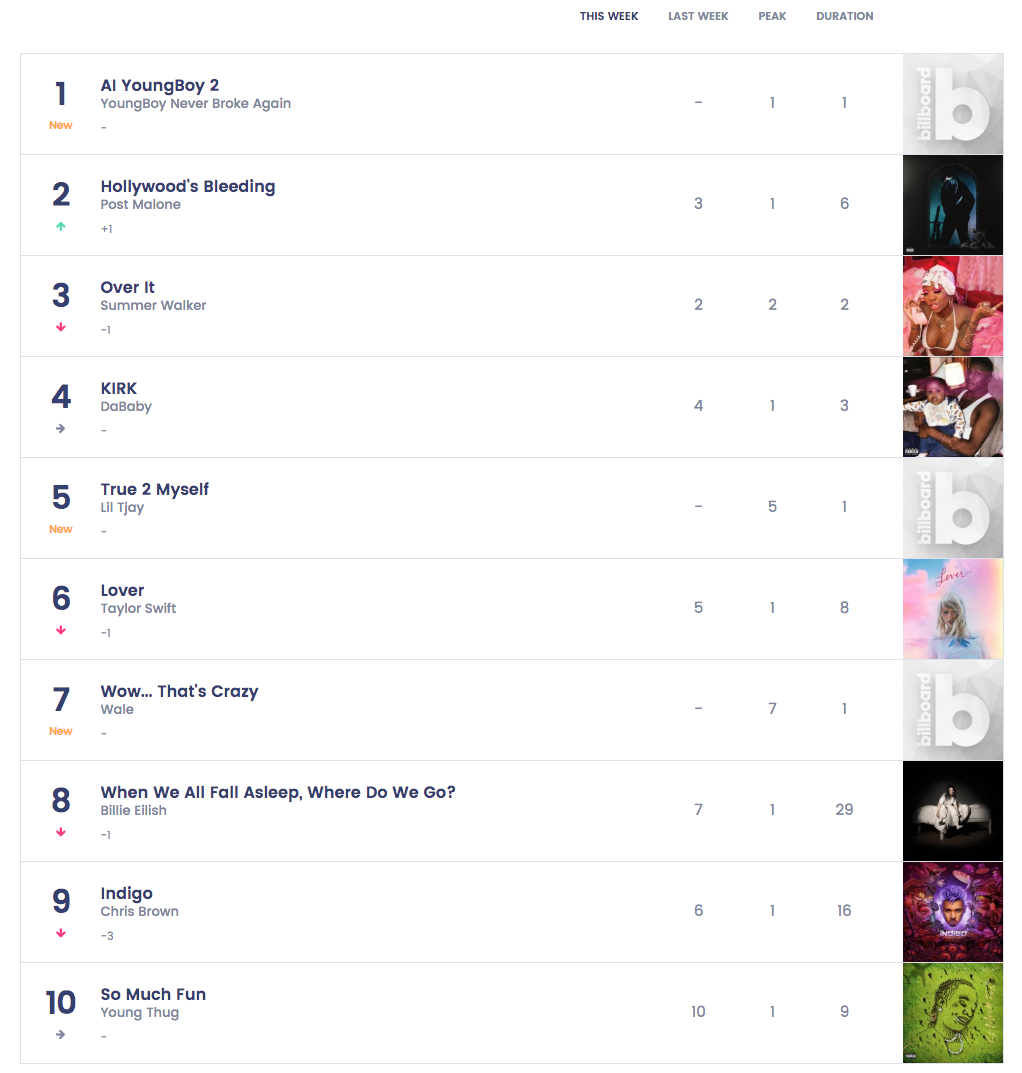