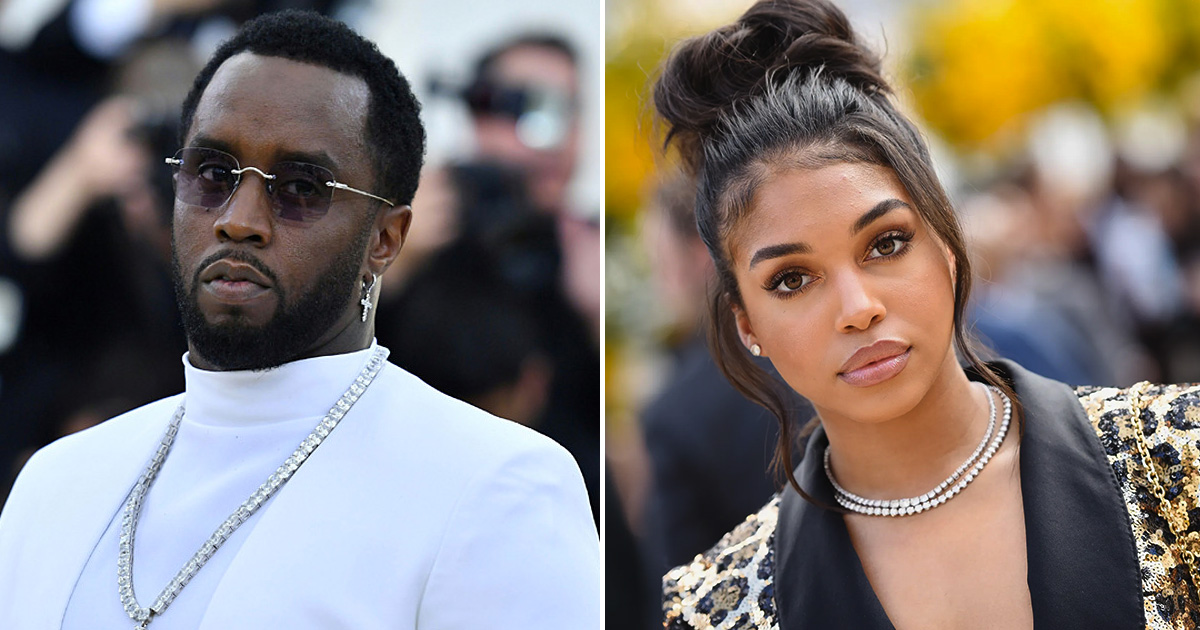 Diddy and Lori Harvey have now reached the baby bump watch stage of their rumored relationship.

Paparazzi photos of the two surfaced online earlier this week as they vacationed together in Cabo San Lucas, Mexica.

Diddy is seen rubbing Harvey’s belly in several of the shots, which sparked speculation that she may be pregnant.

Harvey added to the rumors as she also rubbed her stomach while smiling. However, her loose blouse covered any possible baby bump.

Though they have yet to confirm their relationship, a source tells E! News Diddy, 49, and Harvey, 22, “were not shy with PDA.”

“They held hands and he always had his arm around her as they walked through the property. They were giggling together and whispering in each other’s ears. They looked totally in love.”

The source also added a few details of the unofficial couple’s romantic getaway.

“Diddy and Lori spent the weekend at One and Only Palmilla in Cabo. They looked very happy being on vacation together and had a great stay. They swam together in the pool and wrapped their arms around each other to kiss. They had a candlelit dinner overlooking the beach. Everything was very romantic and perfectly set up for them by the hotel staff. They went all out with rose petals and lots of champagne.”

Diddy and Harvey—Steve Harvey’s stepdaughter—have been spending all summer together. Last month, they were in Italy vacationing with Lori’s mother Marjorie and stepfather.

The two are also headed to Atlanta for Diddy’s Revolt Music Conference later this week.

The hip hop mogul and Lori sparked romance rumors back in July when they were spotted together taking a midnight stroll in NYC.

However, they were first suspiciously photographed together in March, one month after Lori had been romantically linked to Diddy’s 25-year-old son, Justin Combs. Diddy and Lori have faced heavy backlash for their summer fling.

As for the baby rumors, Lori attempted to shut them down by posting several photos featuring her flat stomach.

“Green juice every day keeps your skin clear and tummy flat. Kreaton juice sponsor me!” she added on her Instagram story, emphasis on flat tummy.