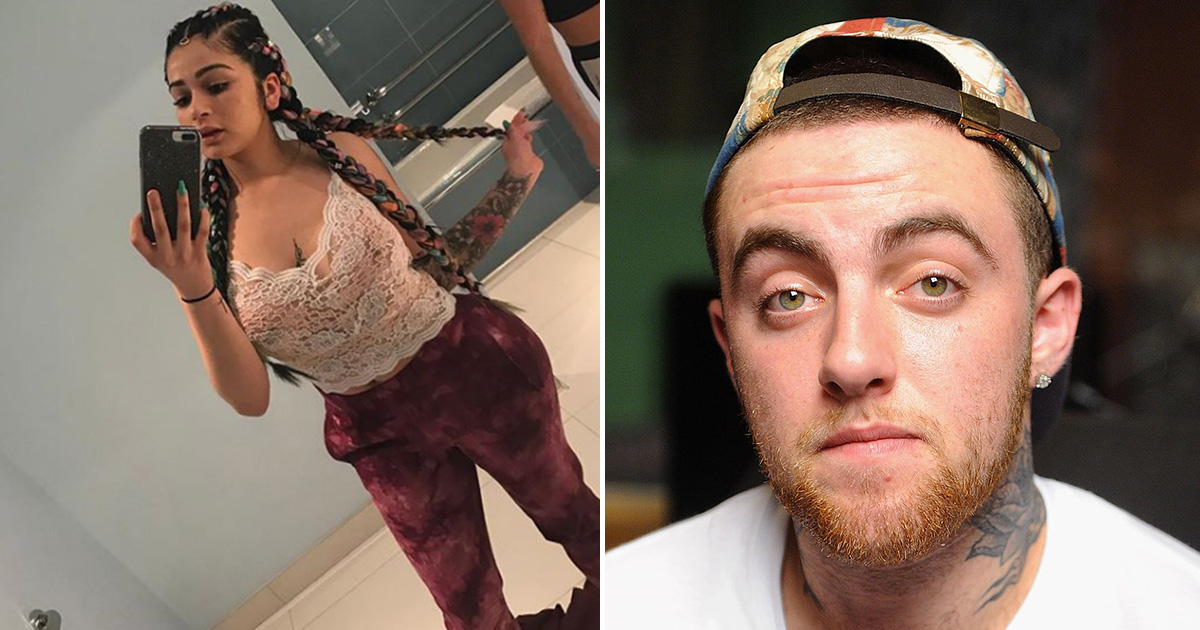 Nearly a year to the day of Miller’s passing, a Hollywood Hills man was charged in connection with his death.

SEE NEXT: Mac Miller’s Drug Dealer Charged for Supplying Rapper With Fentanyl-Laced Pills That Killed Him

Miller reportedly reached out to Pettit to purchase Percocets, an opioid painkiller, but instead was given a bad batch of drugs.

A woman who goes by the name Karla Amador has also been named in connection with Miller’s death, along with another woman named Mia Johansson.

Here are some things to know about Karla Amador and her involvement with Mac Miller’s death:

1Karla Amador is a female prostitute who allegedly delivered drugs to Mac Miller prior to his death. She met Miller though a woman named Mia Johansson, police say.

According to authorities, Miller was working in the studio when he reached out to Cameron James Pettit to provide him with drugs.

Pettit never appeared at the studio or responded back to Miller’s texts, so instead, the rapper reached out to another one of his sources, Mia Johansson, who happens to be an associate of Cameron James Pettit.

Johansson is also said to have been the one who introduced Miller to Pettit. Miller would often call or text Johansson about drugs when he couldn’t get in touch with Pettit.

As detailed by investigators, Miller was working in a Melrose Avenue recording studio when he texted Pettit with an order for 10 Oxycodone pills, a gram of cocaine, and 10 Xanax bars.

But when Pettit failed to appear at the studio (or answer further texts), the performer contacted a second drug dealer, Mia Johansson (who had introduced Miller to Pettit).

Johansson, 32, also doubled as a pimp who provided Miller with prostitutes costing up to $800 an hour, according to federal investigators

The criminal complaint also describes Miller texting Johannsson about a concoction of drugs, which Johansson agreed to deliver if Miller also paid for a prostitute.

“I can send some with a girl lol,” one text message revealed Johansson told Miller.

Miller texted an order to Johansson for cocaine, Adderall, Norco painkillers, Xanax, and Oxycodone. Johansson offered to comp Miller a gram of cocaine if he also booked a prostitute. “what about 2 gs?” Miller countered. Johansson agreed to doubling the cocaine, writing, “Deal lol”.

After Miller ordered the drugs from Johansson, Pettit responded back to him moments later apologizing to Miller and letting him know he was on the way.

“Oh sh*t sorry I got sidetracked…Coming now,” he texted Miller

Pettit delivered drugs to Miller around 2:30 am and just minutes later Johansson had Karla Amador deliver a second batch to Miller’s home, which made her a person of interest in the case.

2Karla Amador (aka “Carolina Cortez”) was reportedly pimped out by Johansson.

Karla Amador is said to be an adult film actress and prostitute. It is also said that Mia Johansson is her pimp (or “madame”) and sets her up with rich clientele. Karla Amador also goes by the name “Carolina Cortez”.

Court papers reveal a text sent by Johansson to Miller that showed how much he allegedly paid for five hours of “time” with Amador.

The papers also show a response by Miller in which he appears to resist the cost at first.

Miller texted Johansson, “I just wanted an extra hour but I guess I never told her to leave…All the sudden it was 7am. I was just working and she was kicking it”

3The pills Karla Amador delivered to Mac Miller were actually legit and not counterfeit.

According to authorities, the pills Miller received from Pettit were counterfeit and laced with Fentanyl while the pills Karla Amador delivered from Johansson were real Oxycodone pills.

Evidence collected in Miller’s home suggests that he “crushed and snorted one or more of the Counterfeit Oxycodone Pills Containing Fentanyl before his death,” according to the U.S. District Court complaint.

4Karla has deleted her social media accounts since news broke she delivered drugs to Mac Miller prior to his death.

Karla has been known for having a very racy and graphic Twitter page with adult-only (aka NSFW) content.

It looks like she is trying to lay low while the investigation takes place.