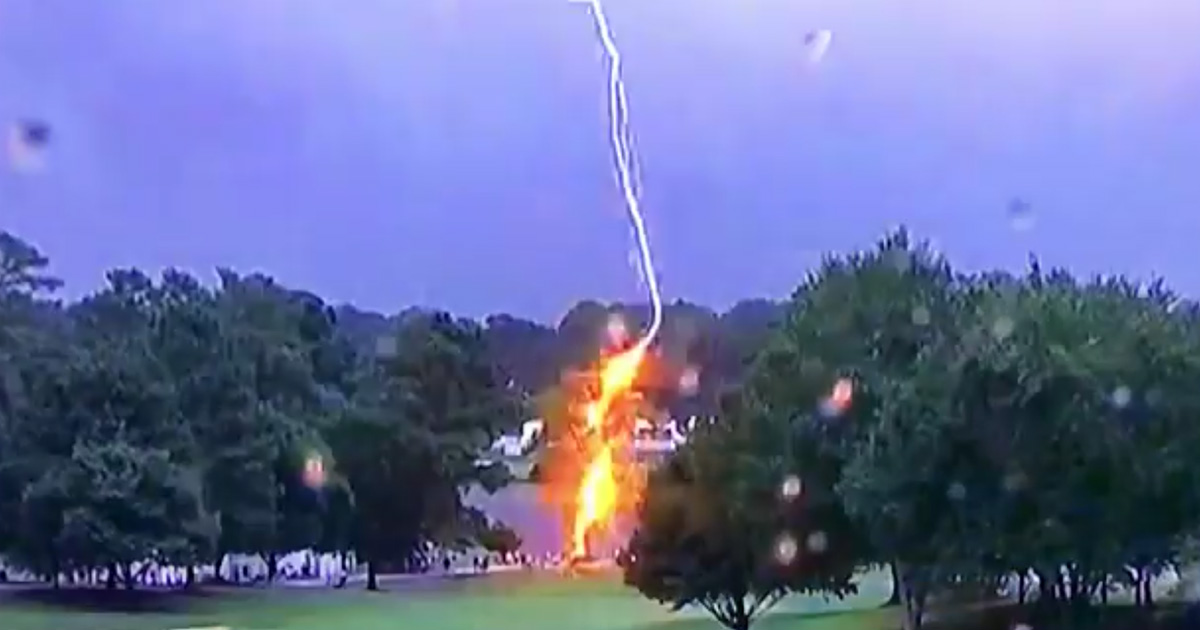 The terrifying moment happened around 4:45 p.m. Saturday afternoon at the East Lake golf club in the middle of the third round of the FedEx Cup Championship, which had been briefly suspended amid stormy skies.

The lightning strike can be seen in footage captured from afar, and you can clearly see the bolt touching the ground, causing a brief fire.

And here’s a slow-mo version:

NBC just showed a lightning strike out at the #TOURChampionship at East Lake that injured possibly 4. This is a slow motion shot of their coverage. Wow! ? pic.twitter.com/0Z1ARb6a8q

No one was actually hit by the lightning itself, however, the strike sent a bunch of debris flying into the air that hit at least six people, one of whom was reportedly a child. Fortunately, no one suffered life-threatening injuries.

PGA Tour officials said in a statement: “EMT tended to those fans and two others immediately and transported them from the property via ambulance for further medical attention.”

The tournament has been called off for the day, and play will resume Sunday morning at 8 a.m.