GOSSIPONTHIS.COM Hip Hop T-Pain Says He Went From $40 Million in His Bank Account to... 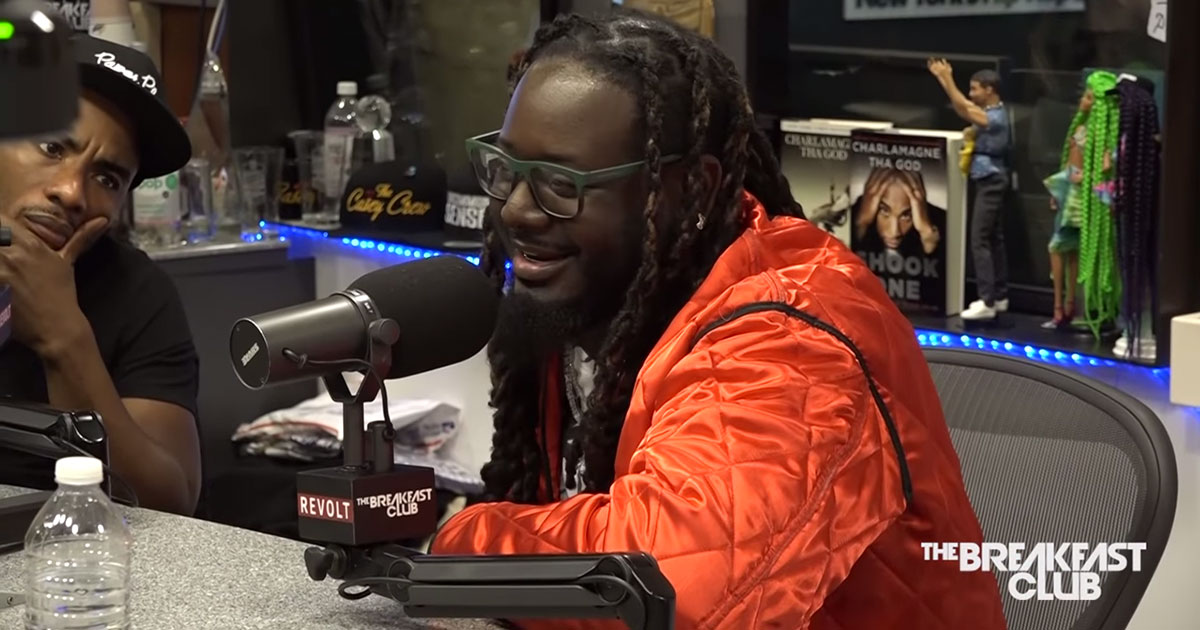 If you ever need advice on what not to do if you ever find yourself with a large amount of money, just ask T-Pain, who recently admitted that he blew threw $40 million and was so broke at one point that he had to ask for money just to buy food from Burger King.

The 33-year-old rap-singer recently paid a visit to The Breakfast Club and opened up about his financial ups and downs, saying that he’s “been on each end of the spectrum.”

“So now I know what the high end is and what the low end is,” he told co-hosts Charlamagne tha God, DJ Envy, and Angela Yee. “I’ve been mega-rich, you know, I’ve been super broke, right in the middle of thinking I was mega-rich, and then got rich again, and you know learned how to really give a sh*t about money.”

T-Pain said there was a point in time when he didn’t even want access to his bank account information, which ultimately led to him spending large sums of cash without realizing how quickly he was depleting his funds.

After a number of failed investments and lavish purchases, not to mention the fact that he wasn’t keeping track of his finances, Teddy Verseti said his bank account quickly went from $40 million to zero dollars.

Putting the state of his low bank account in perspective, T-Pain explained: “I, like, had to borrow money to get my kids Burger King.”

Fortunately, these days, Teddy Verseti is in a much better place financially, and he’s a lot more conscious of his spending habits.