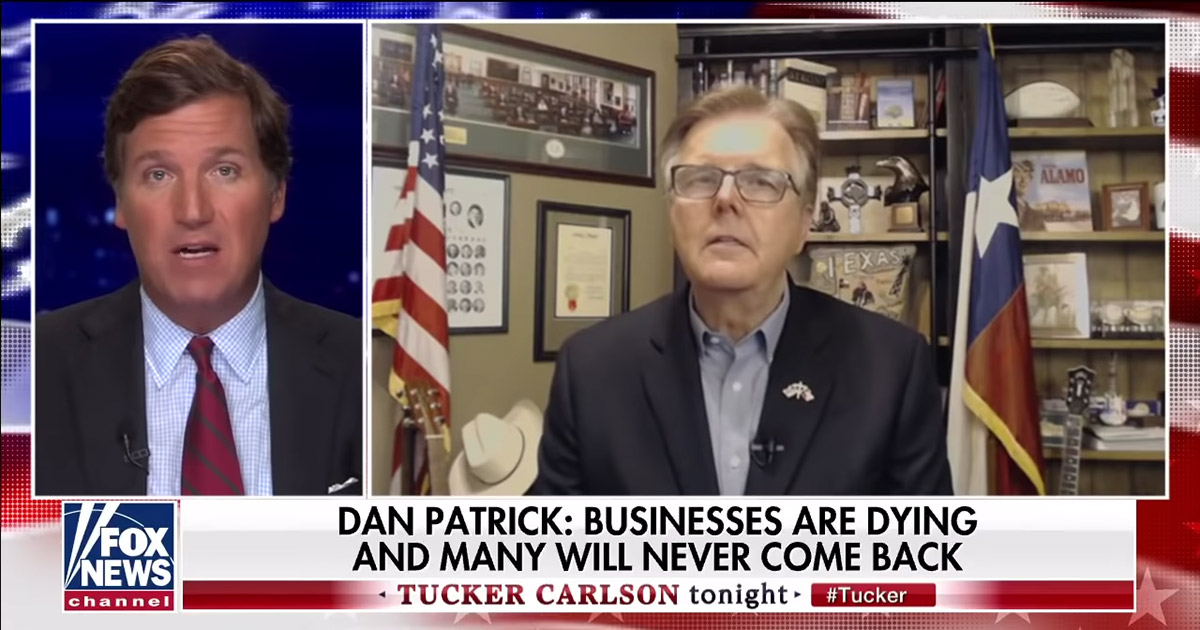 Texas Lieutenant Governor Dan Patrick made headlines back in March after he said the country should remain open amid the coronavirus pandemic despite the potential health risks.

Now, he’s back with an even more controversial hot take, saying that re-opening the country is “more important” than saving lives.

Patrick appeared on Fox News’ Tucker Carlson Tonight Monday (Apr. 20) claiming to be “vindicated” after he was criticized for saying in March that he thought “lots of grandparents” across the country would be willing to die in order to save the country’s economy.

“I don’t want to die,” the Lt. Governor added. “Nobody wants to die, but man we gotta take some risks and get back in the game and get this country back up and running.”

Patrick stood by the comments he made in March and said the country never should have been locked down in the first place.

“I’m thankful that we are now beginning to open up Texas and other states because it’s long overdue,” he said. “We cannot endure this much longer … Every month we stay closed, it’s going to take two to three months to rebuild.”

The Texas official also said that “every life is valuable,” however, he believes Texas should not be shut down just because a small percentage of the state’s population is dying.

According to the state health department, more than 20,000 cases of COVID-19 have been reported in Texas and 517 people have died so far.

The Texas Democratic Party Chair Gilberto Hinojosa called out the state’s Republican leaders for the reopening order, saying in a statement: “They would see our family members die to bail out Wall Street.

He added: “The lives of our families, our friends, and our communities have no dollar amount. Texas Republicans can no longer claim to be the pro-life party anymore.”