GOSSIPONTHIS.COM Hip Hop Pregnant Yung Miami of City Girls Shot At While Driving Away From... 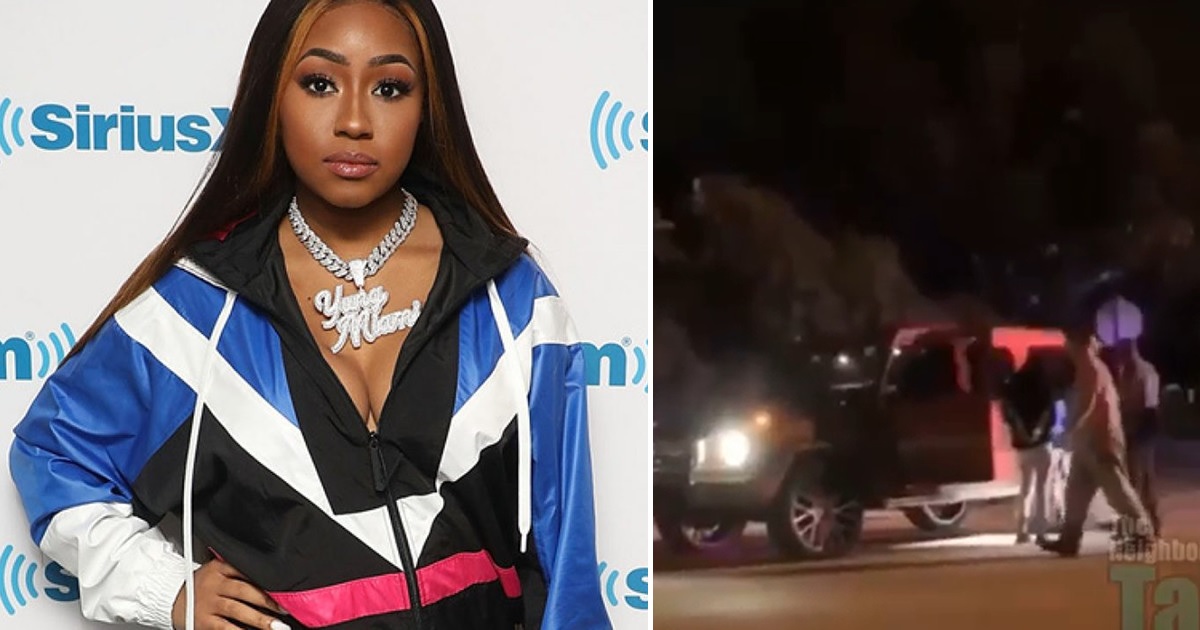 Yung Miami has survived a very frightening experience. The rapper was apparently shot at while driving her new red G Wagon Mercedes.

Though there are few details at the moment, a witness posted video footage from the scene on Instagram. Police lights and Yung Miami’s car can be seen.

“I Got The Story First Because I Was Standing Right There,” the witness wrote in the caption. They continued:

“Caresha New G Wagon Was Shot At Leaving Circle House.. YALL Need To Give Her Better Security! Poor Baby Was Running Across The Street Tryna Run B4 Police Came”

In another video, Caresha is heard giving details to the police.

“I don’t know where they came from,” she said of the bullets. However, she believes they originated from behind her car.

The shooting happened barely a week after rapper Kodak Black threatened to punch a pregnant Yung Miami in a freestyle. He faced heavy backlash for the disturbing lyrics.

Yung Miami is currently several months pregnant with her second child. We certainly hope she is OK after this horrifying experience.