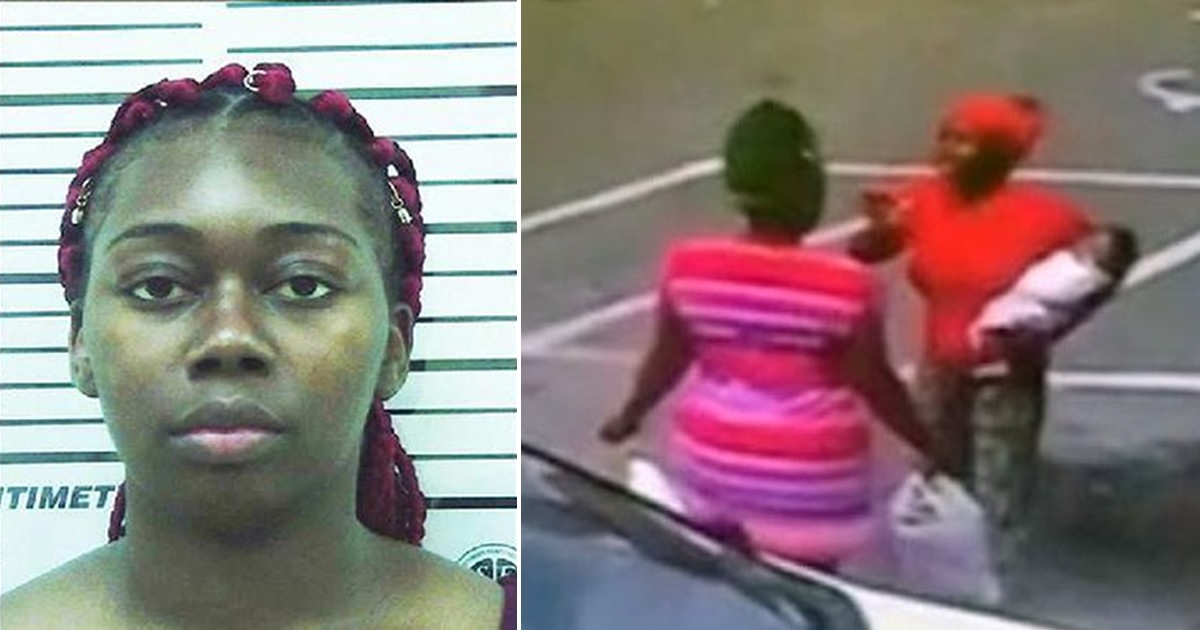 A three-month-old baby is dead after his mother dropped him during a street fight with another woman.

Karen Lashun Harrison of South Georgia was holding her baby in her arms on Friday (Jul 19) while arguing with another woman in a beauty supply parking lot when the argument turned physical. Suddenly, the baby falls out of Harrison’s arms and onto the pavement as the fight continued.

The 26-year-old mother took the baby to the hospital the next day with a head injury where the baby later died. The infant’s body has been sent for autopsy.

Harrison has been charged with felony murder, first-degree child cruelty, and several other charges.

Harrison initially told police that the baby fell from the arms of a family friend, Carneata Clark, while at home. Clark (pictured left in the mugshot below) corroborated the false story.

Police became aware of the video footage of Harrison’s beauty supply fight and have charged Clark with false statements and obstruction of an officer.

The other woman involved in the fight—who can be seen making the first strike—has not been charged as of yet. However, police say more arrests are possible in the case.