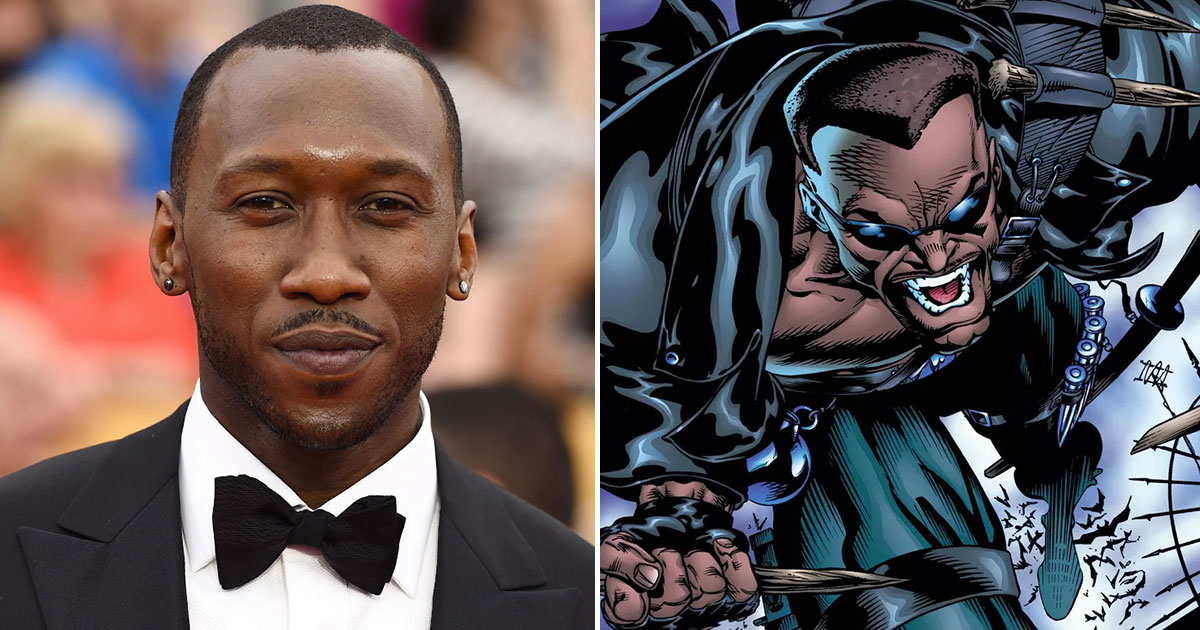 During this weekend’s Comic-Con festivities, Marvel made a number of big reveals, including announcing the schedule for their next line-up of superhero films, like Black Panther 2, Captain Marvel 2, Fantastic Four and many others.

But perhaps one of the biggest reveals the studio made Saturday (Jul. 20) was the announcement of Mahershala Ali as the next “Blade.”

Mahershala Ali will officially play #Blade in the MCU! pic.twitter.com/0GQLOUtsXb

The casting was announced during the studio’s Hall H presentation at Comic-Con, where Ali received massive applause as he took the stage and put on a Blade baseball cap.

Created by writer Marv Wolfman, Blade’s first appearance was in the 1973 comic book The Tomb of Dracula #10, as a supporting character.

He is known to be a vampire hunter— half-mortal, half-immortal— who tries to rid the world of vampires as a way of avenging his mother, who was killed by a vampire as she gave birth to him.

Wesley Snipes starred as the vigilante in David S. Goyer’s Blade franchise, which began with the 1998 original and was followed by two sequels, Blade II and Blade: Trinity.

The series grossed $204 million at the box office, and the series is considered to be the unofficial kick-off of the modern comic book movie culture.

Speaking to THR after the presentation, Marvel Studios president Kevin Feige said that Ali called the studio after winning the Oscar for his work Green Book.

“When Marhershala calls, you answer,” Feige said. At the meeting, Ali came right out and said that he wanted to do Blade. That was that.

Ali is a two-time Oscar winner, snagging a statue first for his role in Barry Jenkins’ Moonlight. He was last in theaters with Robert Rodriguez’ Alita: Battle Angel.

Curiously, he appeared in Marvel and Netflix’s Luke Cage as the villain Cornell “Cottonmouth” Stokes. Technically, the Netflix shows took place in the same universe as Marvel’s films, though they never truly felt like they connected.

It isn’t clear when the film will be released or who else will be a part of it, but we can expect to get those details soon.

What do you think about Mahershala Ali as the next Blade? Let us know below in the comments!