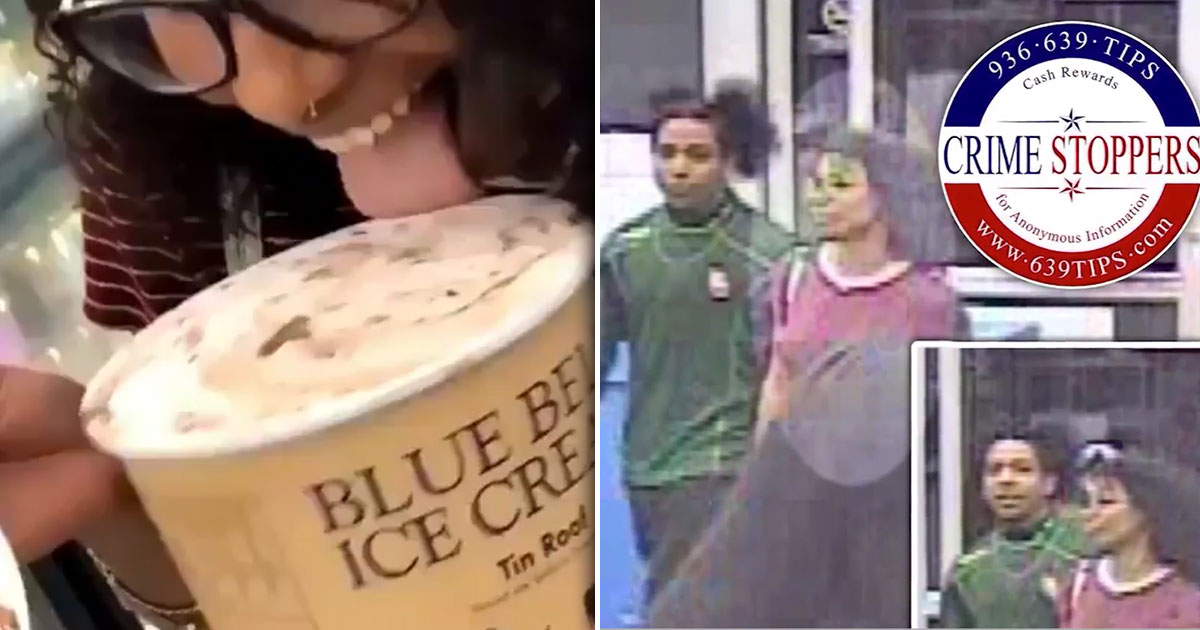 Police in Lufkin, Texas believe they have identified the woman seen in a viral video licking ice cream and putting back in a store freezer, and they say she will face charges and serious jail time.

The footage shows a woman opening a half-gallon carton of Blue Bell ice cream at a Walmart and licking it before putting it back on the shelf.

What kinda psychopathic behavior is this?! pic.twitter.com/T8AIdGpmuS

According to surveillance footage, the video was recorded in the store around 11 p.m. on June 28th, but it was shared on social media Friday (Jun. 28) and it quickly went viral, prompting authorities to launch an investigation leading them to stores in San Antonio to Houston and finally Lufkin.

After police were unsuccessful in their initial search, Blue Bell corporate put out a request for all division managers to see if they could match the freezer seen in the video to one at their store, and within an hour, a division manager in Lufkin said a Walmart in his area matched.

Wednesday afternoon, Blue Bell told police they had located what they believe was the licked ice cream and removed it and all half gallons of “Tin Roof” Blue Bell ice cream from the affected store’s freezer.

Now police are saying they have ID’d the woman in the video, and Lufkin Director of Public Safety Gerald Williamson said “appropriate charges will be filed.”

Police said they also want to speak to the man who was with the woman, who is believed to have recorded the incident and can be heard off camera telling her to “lick it.”

The woman could face a second-degree felony charge of tampering with a consumer product, the Lufkin police department told NBC News, and she could spend at least two to 20 years in prison and up to $10,000 in fines, according to the Texas state penal code.

“This type of incident will not be tolerated,” Blue Bell said in a statement. “Food safety is a top priority, and we work hard to provide a safe product and maintain the highest level of confidence from our consumers.”

Police are waiting to verify the woman’s identity before serving her with an arrest warrant.