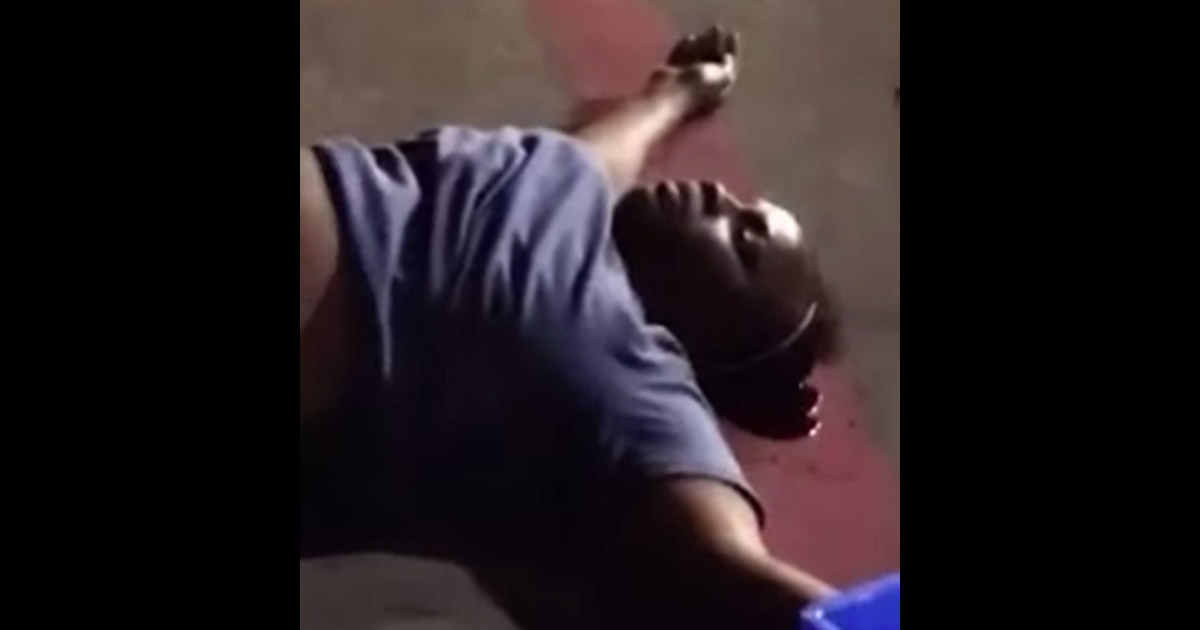 Unless you live under a rock, just about everybody and their mama has heard about the Internet’s latest trend … the Milk Crate Challenge.

Social media has been in a frenzy with users posting videos of themselves and others doing the ridiculous challenge, mostly ending in participants falling off the crates and painfully crashing to the ground.

While it seems to be all fun and games, the challenge is actually very dangerous and can result in serious injuries.

A Dallas woman is reportedly in critical condition after doing the challenge and it is being said that she may not survive.

Footage of the woman doing the challenge shows her falling from the top of the crates and landing head first on the concrete outside of a gas station.

After the fall, the woman lies on the ground lifeless as paramedics attempt to treat her. A bystander can be heard in the video screaming and saying the woman was bleeding badly from her head.

It is also being said the woman did the challenge for a measly five bucks.

Celebrities including rappers Blueface and DDG have also participated in the Milk Crate Challenge and posted videos of them successfully completing it.

Rapper Lil Boosie even held a Milk Crate Challenge competition at his mansion in Atlanta offering anyone who could make it up and down the crates $4,000.

It’s goin’ down literally at Boosie’s house ? YK Osiris & others haven't been successful at the Crate Challenge! pic.twitter.com/JhL6FffGPl

If you are down on cash the Milk Crate Challenge can be very tempting … but ending up with broken bones or in a casket just ain’t it.