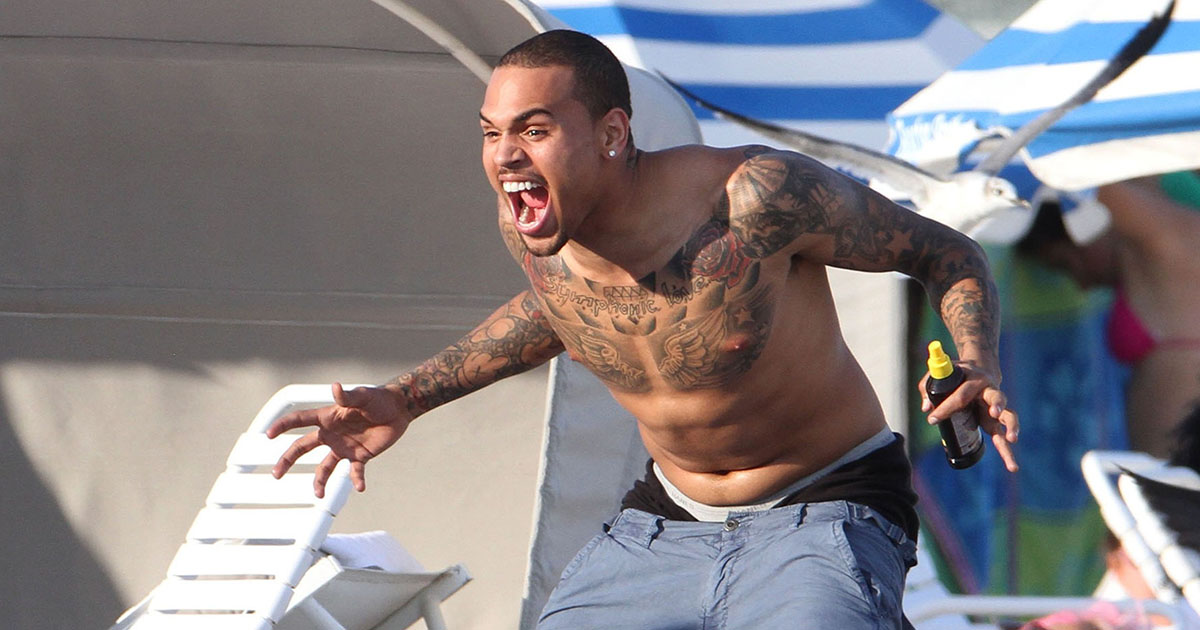 If you were one of those people who thought Chris Brown had successfully put his troubled past behind him, I’m sorry to burst your bubble, but this generation’s Bobby Brown is most definitely still struggling with plenty of demons.

In yet another episode of “Chris Brown needs a filter,” Breezy took to social media to lash out at his fans in a wildly inappropriate manner after several black women pointed out the problematic lyrics in his song “Need a Stack” from his new album, Indigo.

Diggin’ it, then I’m lickin’ all on that p**sy, put it right there
Only wanna f**k the black bitches with the nice hair
Baby, bend it over, ass up, take the mask off
Don’t ask me if I’m throwin’ cash up, I’m spendin’ that part

When the Instagram page @blackgirlsareit posed a question to its following on whether they found Chris’s words to be offensive, Maurice entered the chat and spewed toxic venom at the page and his black, female fanbase:

“Weird a** angry people. Sincerely, from the bottom of my balls … I DON’T GIVE A F**K BOUT Y’ALL NEGATIVE BOOTYFACE A** BI**CHES. I’M [GONNA] START GIVING AWAY FREE LACE-FRONTS FOR ALL YOU [WEIRD] FEMALES WITH SKID ROW EDGES AND LOW SELF ESTEEM. ASIDE FROM THAT … HOP OFF THESE NUTTS. Half y’all look like the BUDWEISER FROGS.. SO PLEASE DON’T COME WIT DA BULLSH**. I WILL FIRE DAT A** UP AND ROAST THE HELL OUT YOU OVERLLY SENSITIVE DUCKHEAD A** WEIRDOS.”

The obvious thing here is that you don’t disprove that you hate black women by spewing hate at black women.

So, here we are again, with Chris Brown doing and saying highly problematic, colorist and misogynistic things.

Will it have an impact on his career? I’m not confident because black women have consistently rallied to his defense well after he was arrested and convicted for physically abusing Rihanna.

His black, female fan base supports him no matter what horrific things and he says and does. But maybe this can be the straw that breaks the camel’s back.

Are Chris Brown’s anti-black women lyrics enough to push you away from Team Breezy this time around?