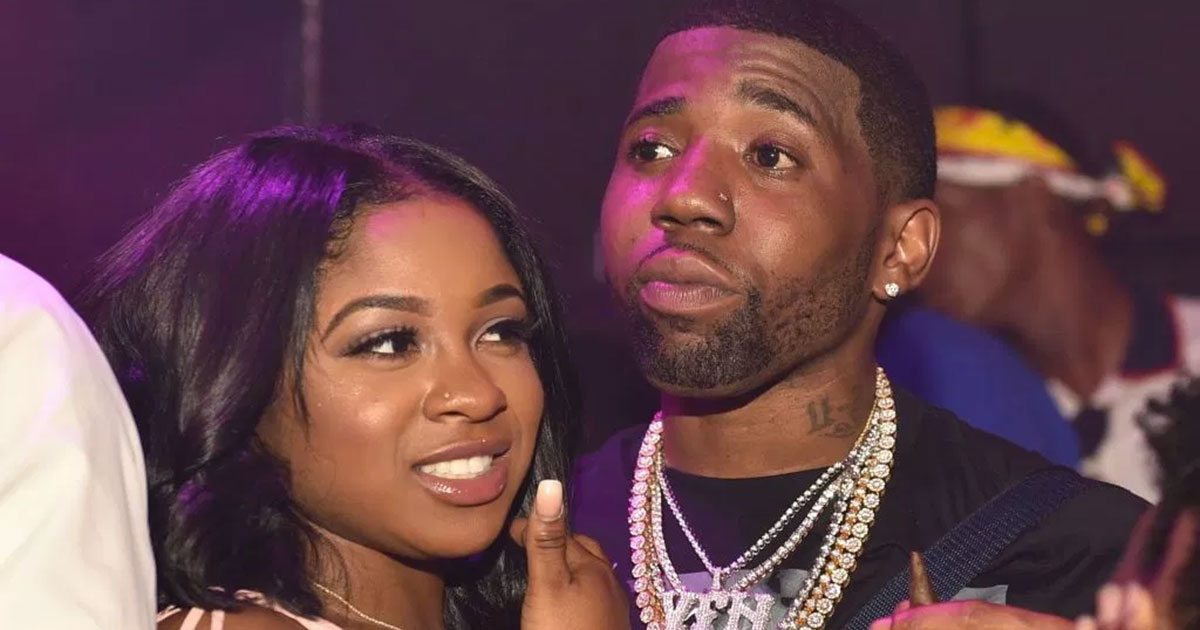 Reginae Carter and YFN Lucci’s rocky relationship may have just imploded for good, all because of some social media shenanigans.

Reginae just unfollowed Lucci on Instagram and scrubbed any trace of him from her own Gram account.

Lil Wayne’s daughter made the drastic move after her rapper boyfriend commented on an explicit video shared by Boosie Badazz.

Boosie posted an explicit video of a woman getting dirty with a cucumber and Lucci was one of the many men who had something to say, by posing an upside-down smile emoji in the comment section.

Reginae saw it and replied: “you a clown.”

Just three days ago, Reginae posted a photo of herself and Lucci boo’d up and laughing, captioning it with “mine” and a tongue emoji.

She has since deleted the cute pic and all the other photos she had with Lucci.

The couple’s relationship troubles have been chronicled on the reality show, T.I. & Tiny: Friends & Family Hustle.

Though neither have confirmed a split, it’s safe to say that Reginae is not happy that her boo was appreciating another woman’s “skills.”