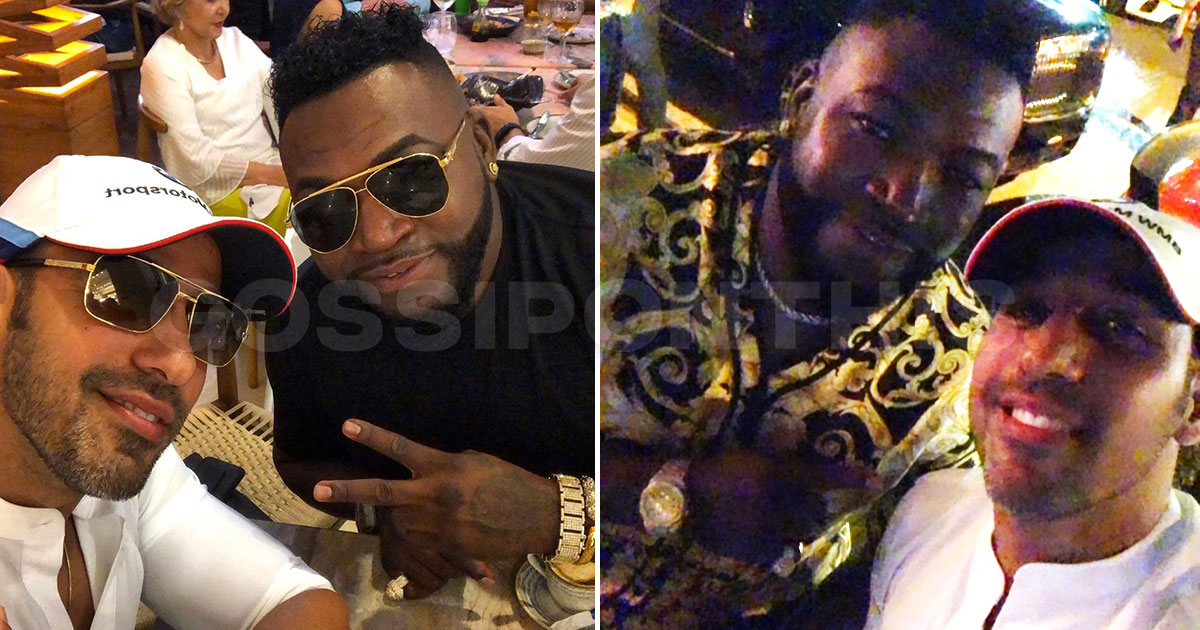 READ NEXT: David Ortiz Reportedly Shot By 2 Cops Hired By Drug Lord Who Thought Ortiz Was Having An Affair With His Wife

According to Ortiz’ father, the shooting happened at Dial Bar in Santo Domingo Este, where Ortiz had been hanging out with a group of friends.

According to various reports, Dominican TV host Joel Lopez was among the friends with Ortiz at the time and was wounded in the shooting along with the World Series MVP.

Jhoel Lopez hosts an award-winning late-night TV show in the Dominican Republic called “Me Gusta De Noche,” which translates in English to “I like at night.” The show premiered in 2017.

This past April, Lopez said in an interview that he spent four years writing and imagining the concept of Me Gusta De Noche, which is a variety show, since he was eager to do a project that would give him the platform to showcase all of his talents.

The 37-year-old said he attributes the success of his show to how demanding he is of himself and his staff, as well as his discipline.

According to Joel’s IMDB, he also has a number of professional actor and producer credits to his name outside of his variety show as well.

His earliest credit dates back to 1999 when he appeared as himself on the TV series La Aldea Mágica, and his most recent credit, outside of his own show, is the film Love Kills, in which he played a character named Kachu.

Prior to the success of Me Gusta De Noche, Lopez was an associate producer for El Escándalo del 13.

2Jhoel Lopez is married and a father of two children.

Jhoel Lopez is a married man and also a father of two beautiful daughters.

Lopez and his wife Liza share a young daughter named Lenash, who just turned one in January 2019 and already has her own IG account (managed by mom and dad of course) with more than 22,000 followers.

Jhoel and his wife Liza share a joint YouTube channel called “The Baby’s Life” with nearly 20,000 subscribers where they give viewers an inside look at their private lives, as well as share funny clips and viral challenges.

3Jhoel Lopez shared several photos and videos with David Ortiz via Instagram hours before the shooting.

Just a few hours before reports emerged that David Ortiz and Jhoel Lopez had been shot, Lopez shared with his more than 300K Instagram followers a number of photos and videos of him with Ortiz.

One photo (above), posted around 4 p.m. EST, shows both men smiling for the camera while wearing sunglasses in what appears to be a restaurant.

He wrote in the caption lyrics from the Daddy Yankee song “Somos De Calle.” The lyrics Spanish lyrics “Tú sabes que somos de calle” translate in English to “You know we are from the streets.”

Lopez also shared a video (below) he took with Ortiz on his IG stories around the same time.

Another photo shared via Lopez’s IG stories (below) shows him and Ortiz somewhere outside around 9 p.m., just one hour before the news of the shooting broke.

Based on the timestamp, the picture was taken either at or near the crime scene.

4Jhoel’s wife, Liza Lopez, reported via Instagram that he is in stable condition after the shooting.

As the news about the shooting spread, Jhoel’s wife, Liza Lopez, took to Instagram to update fans on his condition.

Mrs. Lopez wrote that Joel was stable and in recovery, but said that she wouldn’t be providing any more information until the police complete their investigation. She also thanked everyone for their concern and patience.

Her message, which was written in Spanish, translates in English to: “The López Blanco family want to inform that Jhoel López is stable THANKS TO GOD and is in recovery. At the moment we can not give more statements until the due process is concluded. We appreciate your concern and patience.”