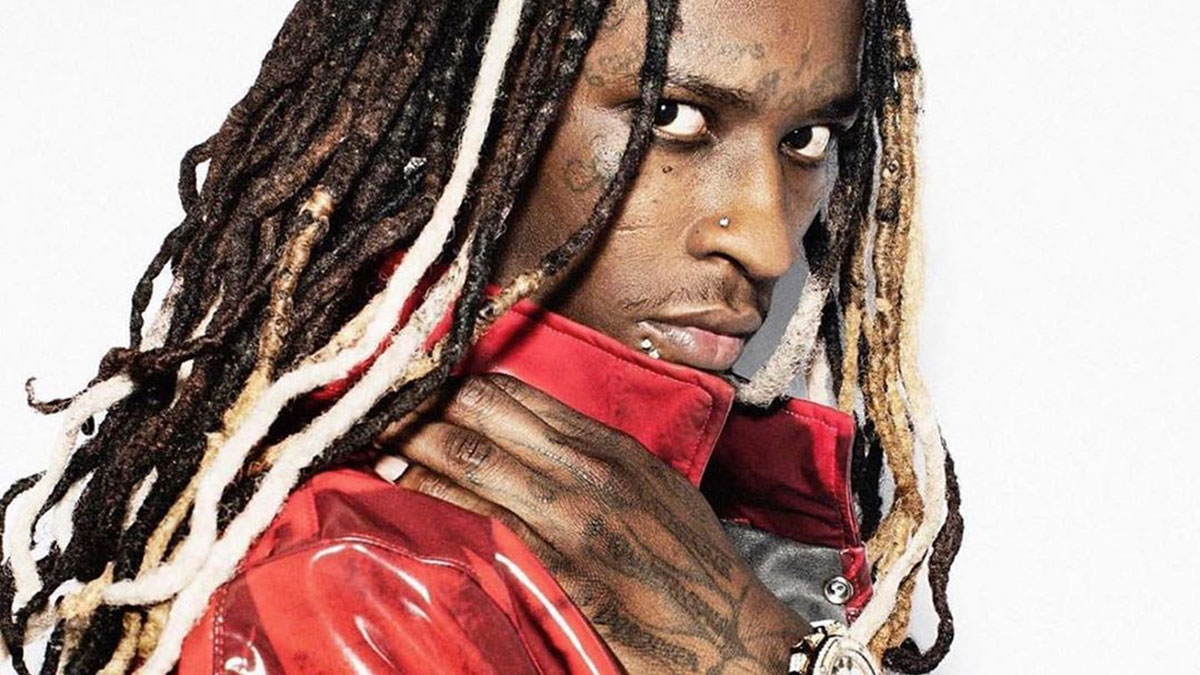 “You say you want a bad bitch, baby now you have it. Now you got the baddest, show me you can handle this.”

We can almost bet BeBe Rexha’s “Bad Bitch” was playing in the background during the photoshoot for Young Thug’s highly anticipated next project.

Thugger just revealed the cover art for the currently untitle project’s lead single “The London,” and it’s definitely something you would expect from the rapper, who is known for his “unique” album and mixtape covers.

The cover shows Thugger standing in front of a simple white background with his hand gently placed over his right shoulder. He’s wearing a red leather jacket and has blonde goddess locs in his hair.

His stare is intense and his eyes seem to follow you around the room no matter how you look at them, an art phenomenon also known as the “ubiquitous gaze.”

Young Thug dropped the cover not too long after releasing “The London,” which also features J. Cole and Travis Scott.

Editor’s Note: A previous version of this article erroneously referred to “The London” as the title of Young Thug’s next album. There is currently no confirmed title for the rapper’s next project. The article has been updated to reflect that.