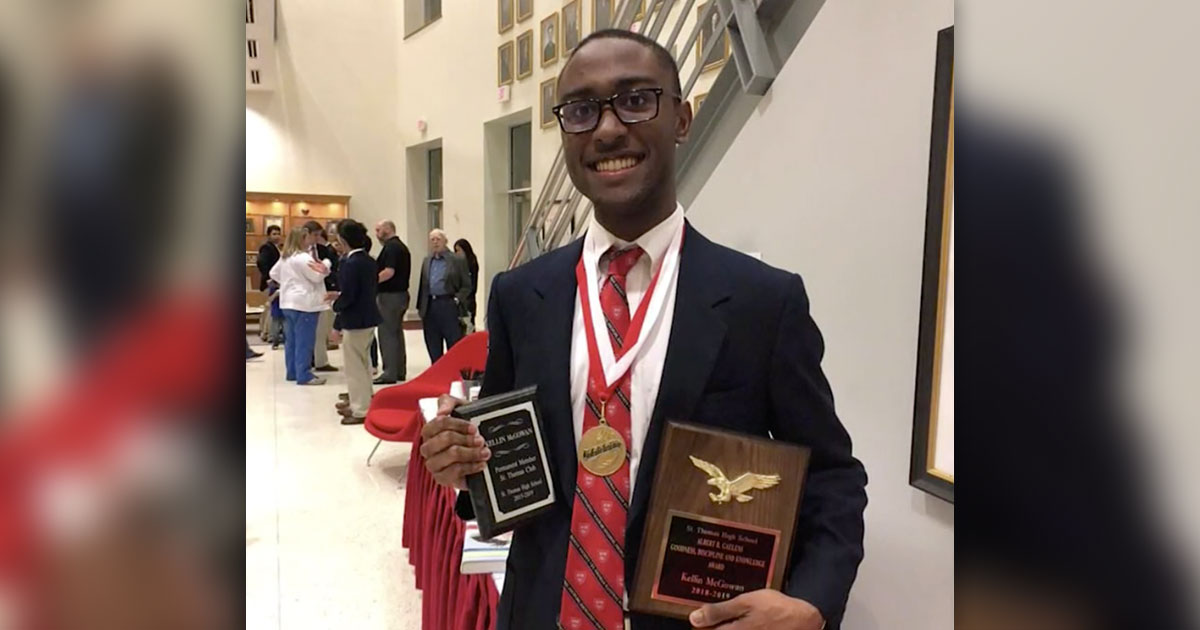 A Houston senior is making history at his prestigious private school. He just became the first black valedictorian in the school’s 119-year history.

“Kellin has always been an academic stud. Just an all-around great kid,” Principal Aaron Dominguez told Fox26. “I’m super proud of you,” he told Kellin in the halls of St. Thomas High.

And becoming the first black valedictorian of the school is not lost on Kellin, either.

“It’s surprising but I’m glad these barriers are being broken,” the 17-year-old added.

St. Thomas High opened in 1900 and the first black student wasn’t enrolled into the early 1940s.

Though it took nearly eight decades for Kellin’s history-making moment, he hopes it ushers in a new era for the school and society.

“People have these misguided notions of what it means to be African American. I believe by seeing an African American do well in an institution like this, they can see there is more to us than what they think,” he said.

In addition to being valedictorian, Kellin is a permanent member of the exclusive St. Thomas Club.

Membership is only granted to students who maintain a 4.0 GPA for seven consecutive semesters. That’s certainly quite an achievement.

Kellin is also the secretary of the National Honor Society, a member of the student council, and the recipient of the Albert R. Gaelens Award, which is given to students who exemplify the school”s motto: “Teach Me Goodness, Discipline and Knowledge.”

Kellin’s English teacher even described him as a “superhero [with] a cloak of humility.”

“We don’t have to know everything—that is God’s job. And Kellin McGowan is God’s superhero,” Mr. Darrel Yarbrough said.

Kellin will attend the University of Chicago in the fall and major in political science. He has aspirations of becoming an immigration lawyer.

“I’m looking at Immigration Law, because I just want to help people seeking better lives and I believe I can do so,” he said.

Kellin McGowan’s advice to other students: “You can do anything that you set your mind to and don’t let anyone tell you that you can’t do anything.”