GOSSIPONTHIS.COM Celebs Ex-Wife of Winnie the Pooh Voice Actor Says He Raped Her in... 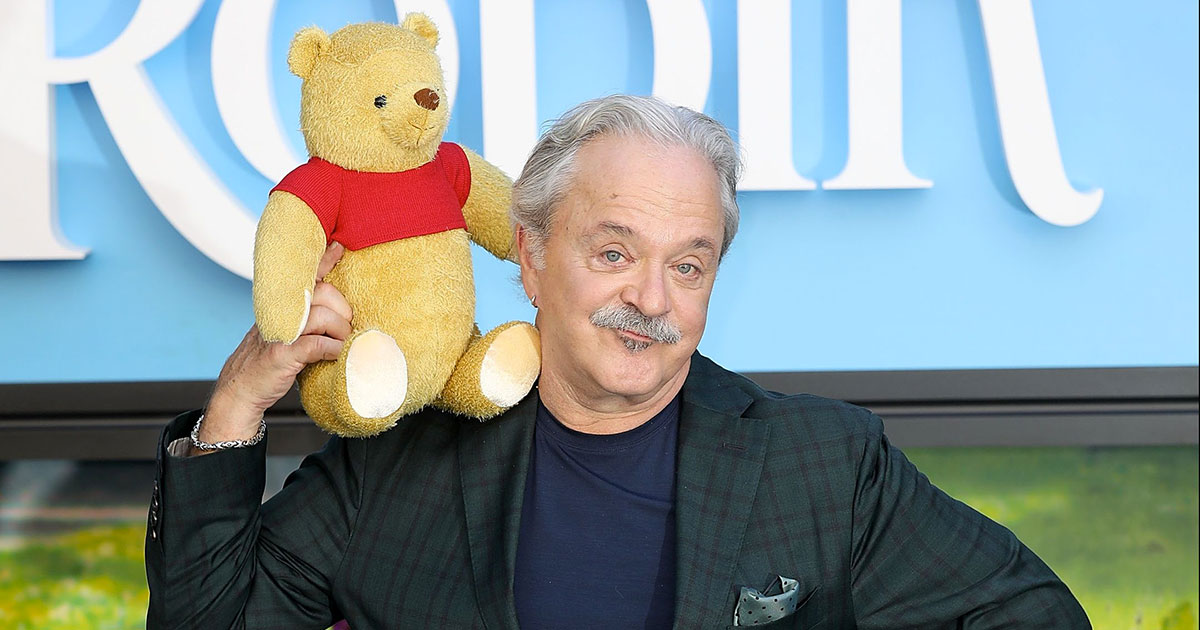 Disney voice actor Jim Cummings—who is best known as the voice behind Winnie the Pooh, Tigger, Mickey Mouse’s arch-nemesis Pete and many others—has been accused by his ex-wife of a number of disturbing things, including raping her in front of their children and abusing animals.

The 66-year-old actor is currently engaged in a court battle with his ex-wife Stephanie Cummings over the alleged abuse that occurred between 2011 and 2018 after their divorce, The Blast reports.

According to documents obtained by The Blast, Stephanie claims that since her divorce from Jim, he “has engaged in physical, sexual and emotional abuse including but not limited to death threats, rape, and various sexual deviant behavior forced upon me without my consent.”

Stephanie also notes that Jim is a “very successful voice over actor. He has provided voices for such films as ‘Winnie the Pooh,’ ‘Lion King,'” and adds that “he has done over 250 voices.”

She claims to have obtained two separate domestic violence restraining orders against the 66-year-old star, including after an incident on August 31, 2011, when she says Jim came over to her home and slapped her on the buttocks and forced himself on her in front of their 4-year-old daughter.

“He later came up behind me,” she claims, “grabbed my arm, spun me around, and forcefully put his hand on the back of my neck and kissed me while holding me in place against the wall.”

She says after the kiss, Jim asked if she could “see him leaking, because that’s what I make him do when he touches me.” Stephanie says she felt “humiliated and degraded” in front of their child, and allegedly reported the incident to the L.A. County Sheriff, who advised her to get a domestic violence restraining order.

According to documents, Jim did not dispute the incident but remembers it differently than his ex. The Disney star said he was “joking and laughing” with Stephanie, and then “I touched her slightly on the butt.” He says Stephanie gave him a consensual hug and says “the whole incident was happy.” He added that his ex-wife, “who is much taller than I am, and a large woman, made no objection to anything.”

Stephanie also claims that she was raped by Jim in 2013, and allegedly filed a police report over the incident but did not give more detail. In open court testimony, Stephanie describes how she entered rehab after the rape for “co-dependency” and Jim showed up to the facility unannounced and was asked to leave.

She claims that Jim would frequently “without consent, would touch my buttocks, my groin, and my breasts. He would hold me in place attempting to kiss and fondle me. He would spank me in front of our daughters. He would then follow up by making sexual comments to me that I found repugnant.”

Of all the inappropriate comments he allegedly made to the former couple’s daughters, Stephanie claims Jim commented that he was allowed to “touch Mommy’s breasts since he had paid for them.” Stephanie broke down in tears on the stand while recalling some of the comments made to her by Cummings.

In documents, Jim addressed the situation, writing in an email to Stephanie, “Shame on you, you’re [sic] distortions are obscene. ‘forcing’? Please, everyone, Gracie myself and especially YOU were all giggling and laughing, it was pleasant to have one moment of light-heartedness. We both erupted into laughter…I’m hardly the first person in the world to point out one ‘catches more flys [sic] with honey than vinegar’ for you to overlay a reference to being a whore is little too telling, Let’s get this over with for the love of God.”

The ex-couple has also been fighting for custody and support payments and, in legal documents, Stephanie claims Jim would withhold payments of support and “demand sex from me in exchange for meeting his support obligations.”

In 2015, she claims Jim showed up to her home and confronted her while on a date with an off-duty police officer, and the man was forced to pull his gun to make Jim leave the scene.

Stephanie says the constant harassment from Jim resulted in a decline in her health, so in 2017, she moved to Utah with their two daughters.

During a visit to see the children, she claims Jim asked to stay at the house and she allowed it. However, during the middle of the night, she claims Jim was “standing over me with his erect penis in my hand. He was using my hand to stroke his penis while my youngest daughter was asleep on the other side of me. She was 10 years old at the time.”

Stephanie also said Jim has had longstanding history of drug abuse, stating in court documents, “The primary reason James and I separated was his abuse of alcohol, marijuana, and Adderall.”

Stephanie said during one particular rehab stint in 2010 (his second that year alone), he was kicked out after just five days after he was caught abusing Adderall.

Stephanie claims after she and Jim split, between 2012 and 2018, he showed up at her house multiple times “uninvited while intoxicated or high on Adderall.”

Stephanie also accused Jim of once abusing the family puppy to the point where it almost died.

She said when the newly purchased puppy urinated in the house, Jim “took the dog and placed it inside a metal bucket outside of the house on a day which it was over 100 degrees, then left it there for a long time,” adding, “The dog came close to dying.”

Jim acknowledged in court documents that he put the dog in a “tub” as a form of discipline and then forgot it was there “for a while,” but claimed the pet was ultimately fine.

Stephanie said in another incident, Jim had “taken a broom and hit the puppy so hard that he shattered the puppy’s hip necessitating surgery.”

Stephanie is fighting for full custody of her daughters because she believes their lives are in danger around Jim, who she says is a “much smaller version of Harvey Weinstein” and needs help for his alleged addictions.

“Winnie the Pooh lives with a whore, pays a whore to pretend to be his girlfriend, rapes and abuses the mother of his kids,” she said, adding that Jim has tried to get her to “kill herself” and has also referred to their daughters as “n-word babies.”

Meanwhile, Jim claims Stephanie has previously threatened to ruin his celebrated career, once allegedly telling him, “I will go and I will ruin your reputation … I am going to tell people Winnie the Pooh is a woman beating, drug addicted freak!”

Jim said the recent alleged outburst came after he refused to take Stephanie to the premiere of the Disney movie “Christopher Robin” in 2018.