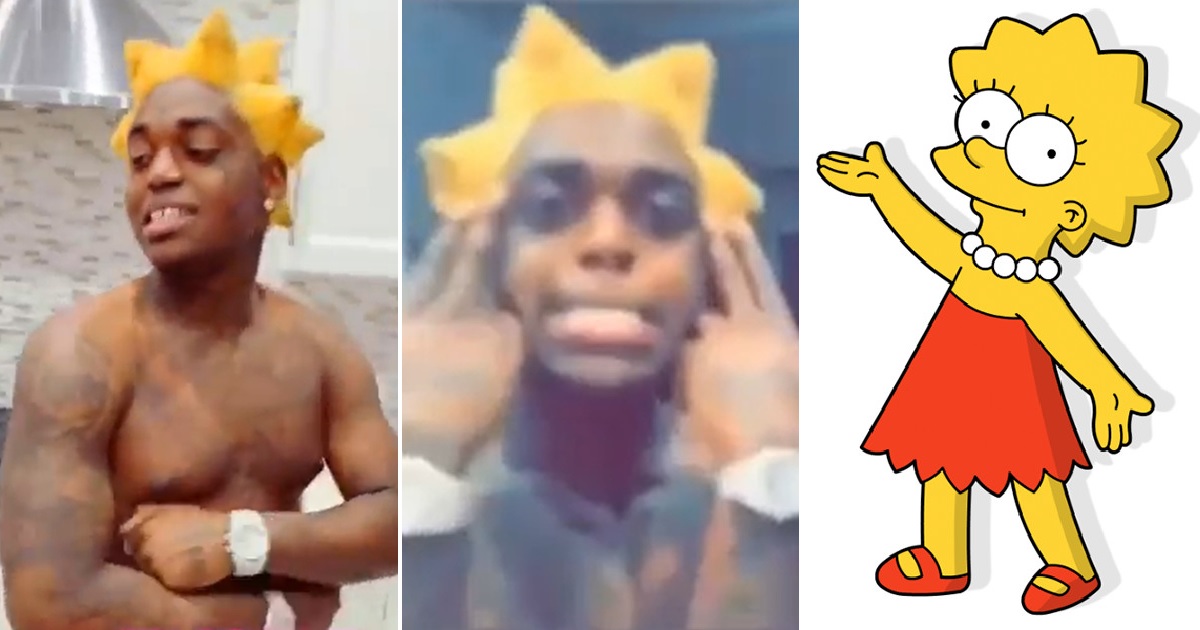 Whether it’s his ignorant comments or his legal issues, Kodak Black has to be used to getting dragged on social media by now.

Recently, he was mocked on social media after debuting a yellow dye job and a hairdo that makes him look like an animated supervillain.

Over the weekend, the 21-year-old must have felt like his look needed a changed and enlisted “beauty influencer” Despeignes Cheveux for her services.

The end result was Kodak’s black hair being dyed bright yellow and shaped into several pyramids.

“The sh*t be crazy,” the rapper said as he modeled the look.

As he had to know it would, the bizarre hair makeover was fodder for social media.

Kodak was trolled and clowned as many noted the rapper’s resemblance to Lisa Simpson from The Simpsons and Dragonball Z’s Goku in Super Saiyan Mode.

Best cosplay like for dude on left RT for Kodak black. pic.twitter.com/7Dq53xrDuI

He stole this look from Cynthia pic.twitter.com/gyAYKUpWq9

I'm about to give Kodak Black the TM for Fire Blast because he's Solrock from Pokémon Ruby and Sapphire. pic.twitter.com/3IxdnnuGMq

Barber: What you want?

Kodak Black: you ever heard of Lisa Simpson?

Even Lisa Simpson is laughing at #KodakBlack and his new hair pic.twitter.com/CgiC9wqLWv

Lisa Simpson when she finds out why she’s trending pic.twitter.com/zfbEzVVOUY

But before Kodak was the butt of Lisa Simpson jokes, he was being dragged on social media for insensitive comments about Lauren London following the murder of her boyfriend, Nipsey Hussle.

The comments sparked a war of words with T.I. and The Game.

And just last week, Kodak was arrested at the U.S.-Canada border for drug and weapon possession. He was released on a $20,000 cash bond.