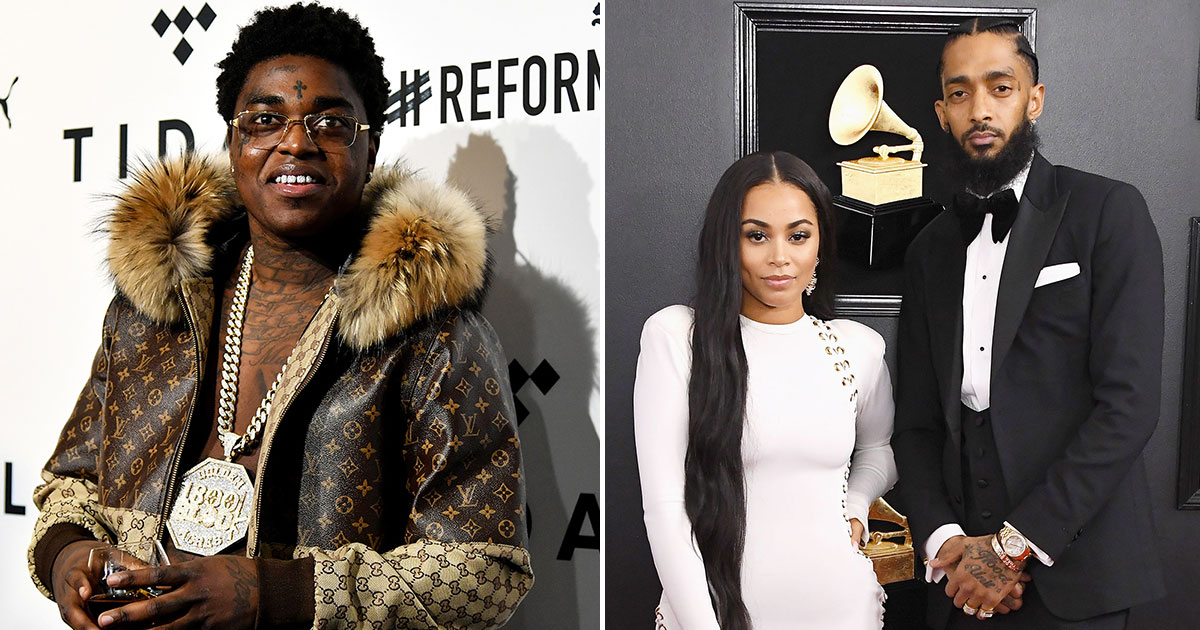 Kodak Black doesn’t feel like he disrespected Lauren London by saying he would give her a year of “crying and sh*t” over her boyfriend Nipsey Hussle’s murder before hollering at her, but he’s apologizing anyway.

Over the weekend, Kodak made a series of insensitive comments about London grieving Hussle on his Instagram Live.

He continued: “I ain’t trying to shoot [my shot] at her. I’m saying, listen. She can do two, three years. I’ll try to be like a friend if you need to holla or a shoulder to lean on. She can call my line.”

Needless to say, folks were pissed at Kodak for making such comments not even a week after Nipsey Hussle was shot and killed.

Even rappers T.I. and The Game called Kodak out for his blatant disrespect.

The Game continued: “Stop disrespecting my ni**a’s name man, this sh*t for real! My ni**a died out here in these f**kin’ streets, ni**a! For doing the right motherf**kin’ thing, doing good for f**kin’ people! And the first thing ni**as wanna do after his untimely demise is disrespect his f**kin’ name?! Nah, ni**a, I ain’t going for that!”

Following the backlash, Kodak first responded with little to no remorse, saying he didn’t “give a f**k” about what T.I. had to say.

“Hell yeah, I said what I said,” he reacted on another IG live video. “What the f**k? Y’all expect her to be single forever? I said I’ll give her a year to grieve and cry. Hell yeah, she a bad bitch.”

Kodak eventually had a change of heart, and offered a semi-apology to London, even though he still doesn’t think he did anything wrong.

Kodak concluded: “If I disrespected Lauren London in any way, even though I know I didn’t, my bad.”