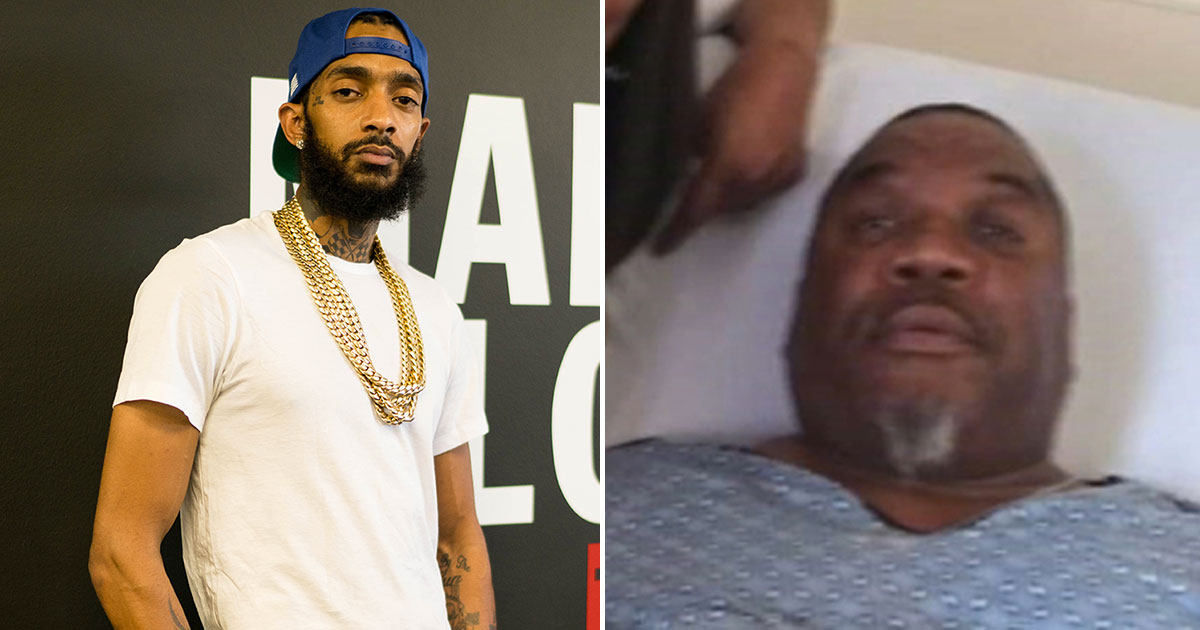 Kerry Lathan, one of two men who was injured in the shooting that killed Nipsey Hussle and thrown in jail for allegedly violating his parole by associating with the rapper, has been released from jail.

Lathan was with Hussle when he was shot and killed in front of his The Marathon clothing store in L.A’s Crenshaw neighborhood on March 31st.

At the time of the shooting, Lathan had just been released from prison after serving a 25-year sentence for murder, and because he was on parole, and because Hussle (born: Ermias Aasghedom) maintained a well-known affiliation with the Rollin 60’s Neighborhood Crips, Lathan was allegedly in violation of his agreement not to be around known gang members.

Lathan reportedly met Hussle at the store to pick up clothes before reconnecting with friends and family, and sources close to Hussle said that’s the only reason why the rapper was at the store in the first place.

The two of them, along with a third man (Lathan’s nephew, Shermi Villanueva), were shot in the parking lot in front of the building.

Lathan—who suffered a gunshot wound to the back and is now confined to a wheelchair—was arrested on April 8th, just one week after the shooting and days before Hussle’s public memorial service that was attended by more than 20,000 people and live-streamed online.

“He’s very excited to be home with his family,” Lathan’s lawyer, Lauren Noriega, said Sunday in an announcement about his release.

“He’s still got the bullet in his back, and I don’t think they’re gonna remove that because it is so close to the spine, so he’s dealing with a lot of physical pain. Other than that he’s very pleased to be with his family.”

Noriega said that even though her client is now back home, and the parole violation charges initially brought against him have been dropped for now, they’re still facing the possibility of Lathan being charged in the future.

According to Noriega, the L.A. District Attorney’s Office only got Lathan’s charges dropped so that they could conduct their own independent investigation.