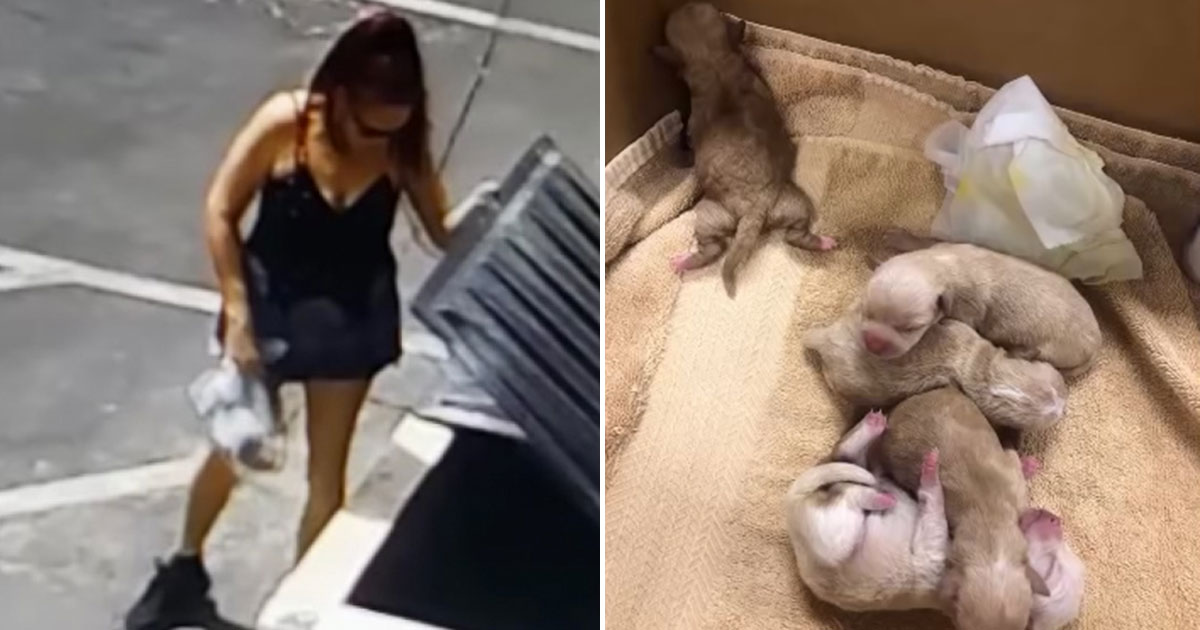 Police say they’re on the hunt for a woman caught on video throwing a bag of puppies into a dumpster in Coachella, California.

The Riverside County Animal Services released security camera footage showing a woman pulling up to a local business in white Jeep Wrangler this week and tossing a bag filled with seven puppies into a dumpster.

Fortunately, an hour later, someone rummaging through the trash found the puppies and they are now safe. The puppies are being taken care of at an Orange County rescue shelter.

This incident is especially troubling considering how hot it is in Coachella right now. Temperatures ranged in the mid-90s when the woman abandoned the puppies, animal services said.

The Riverside County Animal Services says police are investigating and looking for the woman so that they can charge her with animal cruelty, but the problem is they don’t know the woman’s identity and are asking for help locating her.

Social media … do your thing!