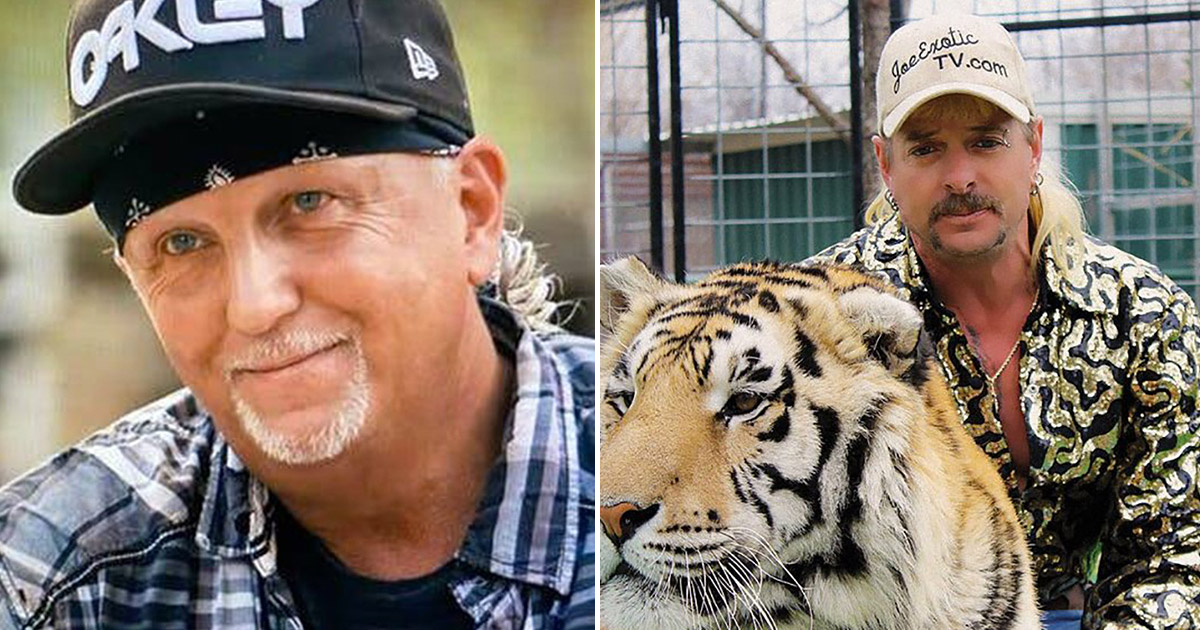 “Tiger King” star Joe Exotic allegedly filmed himself having sex with animals in his zoo, his rival Jeff Lowe said.

Lowe, who took over Exotic’s GW Zoo after Exotic went to prison in 2018 for allegedly orchestrating a murder-for-hire plot against Carole Baskin for criticizing how he treats his tigers, held an “Ask Me Anything (AMA)” session on Reddit on Wednesday (Apr. 15) and answered questions from fans of the wildly popular Netflix docuseries.

During the AMA, Lowe made a shocking revelation after a curious Redditor asked him about the weirdest thing he’s found out about Exotic since his incarceration.

“Hey Jeff! I was wondering what (if any) weird SH*T have you found out about Joe Exotic since he’s been incarcerated randomly around the park?” the Reddit user asked.

Lowe responded: “I think the weirdest thing we found is that it found was a flash drive of Joe… and they were having sexual relations with animals in the park … That would probably be the weirdest thing about Joe. Thanks for the disturbing question.”

He previously told the Daily Mail that he found “horrendous” things on the property after Joe’s trial.

“In just the few years that we knew him, we witnessed so many horrendous things that he did to people and businesses,” Lowe said.

Lowe claimed Joe lied about his HIV status in order to manipulate him into investing in GW Zoo.

“Joe would use anything to try to take advantage of someone, one minute he was dying of AIDS and then he’d tell another person he was suffering from cancer all in order to gain some sort of benefit,” Lowe said.

Lowe also claimed that the bodies of two protestors who were shot and killed by zoo staff were buried on the property at Joe’s orders.

“Joe thought the dead protestors were working with PETA and they were UK citizens, which is why they never showed up on a missing person’s report,” he said.

Lowe also alleged that Joe and his husband at the time, John Finlay, would wear lingerie and cut holes into stuffed animals to use them as sex toys.

Lowe also showed e-mails allegedly revealing that Joe “would meet the young men from Craigslist ads, promise them money to come down and have sex with him.”

Lowe recalled a number of times he would get up early and find young men wandering around the zoo’s parking lot after Joe had just kicked him out of his house after having sex.

Lowe said on one occasion he saw one guy wandering around who said to him: “I’m not leaving until I get my money, Joe promised me $400.”

After Joe left the zoo, Lowe said he’d gained access to some of Joe’s e-mail accounts and found messages where Joe would solicit young gay men from Oklahoma City to have sex with him for money.

“We found lists of all of these accounts and passwords and I got into a couple of his email accounts and found him soliciting for big black c**k every Tuesday or Thursday night out of Oklahoma City on Craigslist,” Lowe said.

“Joe was embezzling money from the zoo in order to pay all of these men to come have sex with him, he was only making $150.00 a week at the time. He was using the zoo as his own personal piggy bank.”

Lowe also went into greater detail about the thumb drive that was found showing Joe and John Finlay having threesomes with animals.

He said one video showed Joe and John dressed like a cheerleader, walking around the zoo having sex with farm animals.

Lowe claimed a former security guard at the zoo told that Joe would get some of his animals, including goats, sheep and alpacas, and bring them into his house in the middle of the night. About a half-hour later, Joe would then put the animals back in their cages.

“You would hear horrible things coming from inside that house,” Lowe said the employee told him.

“If I was stuck on a deserted island with [Baskin], I would f**k a coconut,” he scoffed. “I’ve seen the side by side pictures. It looks more like John and Joe’s love child.”

Tiger King: Murder, Mayhem and Madness was an instant hit for Netflix.

Nielson said the limited series racked up over 5.3 billion streaming minutes in just one week and drew 34.3 million viewers in the first 10 days following its March 20th release.