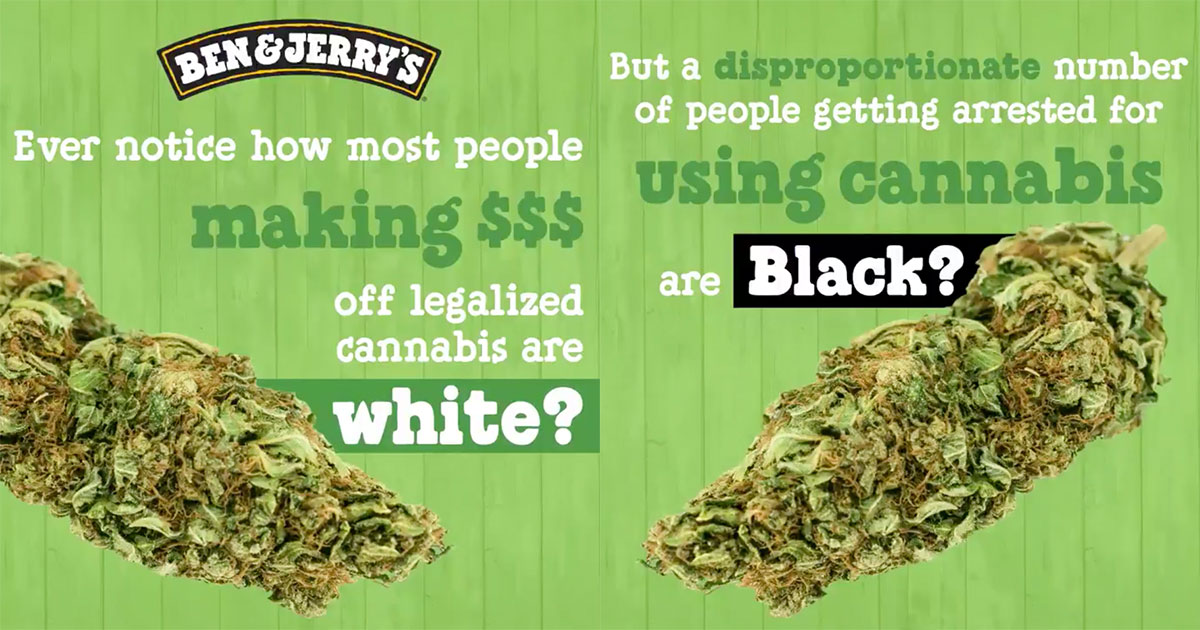 Today is “4/20″—a national holiday for people who enjoy consuming marijuana in its various forms (smoking, eating, etc.).

But, unfortunately for some people, enjoying the stoner’s holiday is risky because, for one, marijuana is only legalized in 33 states, and secondly, POCs (people of color) are disproportionately prosecuted for marijuana possession compared to white Americans.

Ben & Jerry’s doesn’t think that’s right, and they’re calling out white privilege, saying in a tweet (accompanied by a video): “It’s hard to celebrate 4/20 when so many people of color are still being arrested for pot. We have to do better.”

It’s hard to celebrate 4/20 when so many people of color are still being arrested for pot. We have to do better. Learn more: https://t.co/DPCcqND0SI pic.twitter.com/fLsngGteOF

They expanded on their statement in a lengthy blog post:

Happy 4/20, everyone! Now that pot is legal in 33 states and counting, it’s a pretty heady moment for stoner culture. Fans of cannabis can celebrate 4/20 openly and in style in more places than ever before. And even if you’’e not in a state that legalized pot, there’s a still a pretty good chance that the cops won’t hassle you as you spend 4/20 doing your thing.

If you’re a white person.

Sorry to bring you down, but that’s the harsh reality. If you love pot AND you’re white, everything is totally awesome these days. In 2017, 81% of cannabis executives were white. Meanwhile, even in states where pot is legal, and even though Black people and white people use pot at similar rates, Black people are still arrested way more often than whites. We love 4/20 and we love legalization, but that’s not OK.

Ben & Jerry’s blog post goes on to provide statistics (Black people are 3.73 times more likely to be arrested for weed possession than white people) and it also calls on Congress to “expunge prior marijuana convictions and provide pardons/amnesty to anyone whose only crime was possession of cannabis.”