GOSSIPONTHIS.COM Crime You Big Dummy! A Man Tried to Sneak a Gun on a... 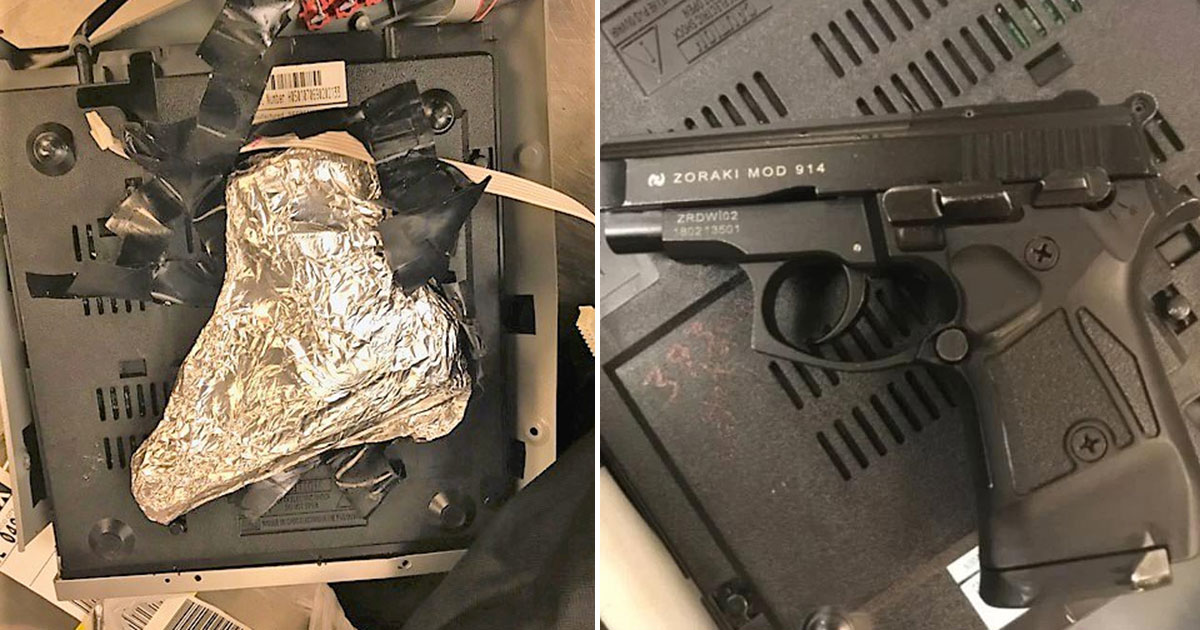 A man from Queens, New York was arrested at JFK Airport last Saturday (Apr. 13) after he was caught trying to sneak a gun on the plane in possibly the dumbest way ever.

For the record, attempting to sneak a firearm on a plane is already dumb, but the way this guy did it is just plain ridiculous.

According to Transportation Security Administration Officers, the man, whose identity wasn’t revealed, tried to hide the gun by wrapping it in aluminum foil and placing it inside a DVD player he put in his checked luggage.

Here’s how he got caught:

When his checked bag was put through a metal detector, an alarm sounded, prompting a thorough search by TSA agents.

Officials found a DVD player after searching the luggage, and upon further inspection, they discovered that there was an unloaded 9mm handgun inside the DVD player wrapped in aluminum foil.

After TSA Officers got in touch with Port Authority Police and alerted them of their findings, the gun’s presumed owner was found waiting at the gate for his flight to Mexico.

“Instead of catching his flight, the man was arrested and charged with weapons violations,” the TSA said in an official statement about the incident.

For those who are unaware, here are the TSA’ official guidelines on traveling with (LEGAL) firearms:

Firearms carried in checked bags must be unloaded, packed in a locked hard-sided container, and declared to the airline at check-in. Check with your airline to see if they allow firearms in checked bags. Read the guidelines for traveling with firearms.

When traveling, be sure to comply with the laws concerning possession of firearms as they vary by local, state and international government.

And PLEASE, for the love of God, don’t try to sneak a gun on an airplane by wrapping it in ALUMINUM FOIL.

Want to travel with a gun? I can assure you that wrapping it in aluminum foil and then concealing it inside a DVD player isn't the way to go about it. Queens man was arrested after @TSA officers at @JFKairport detected the artfully concealed weapon in his DVD player. C'mon man! pic.twitter.com/RKbtTv6LSg