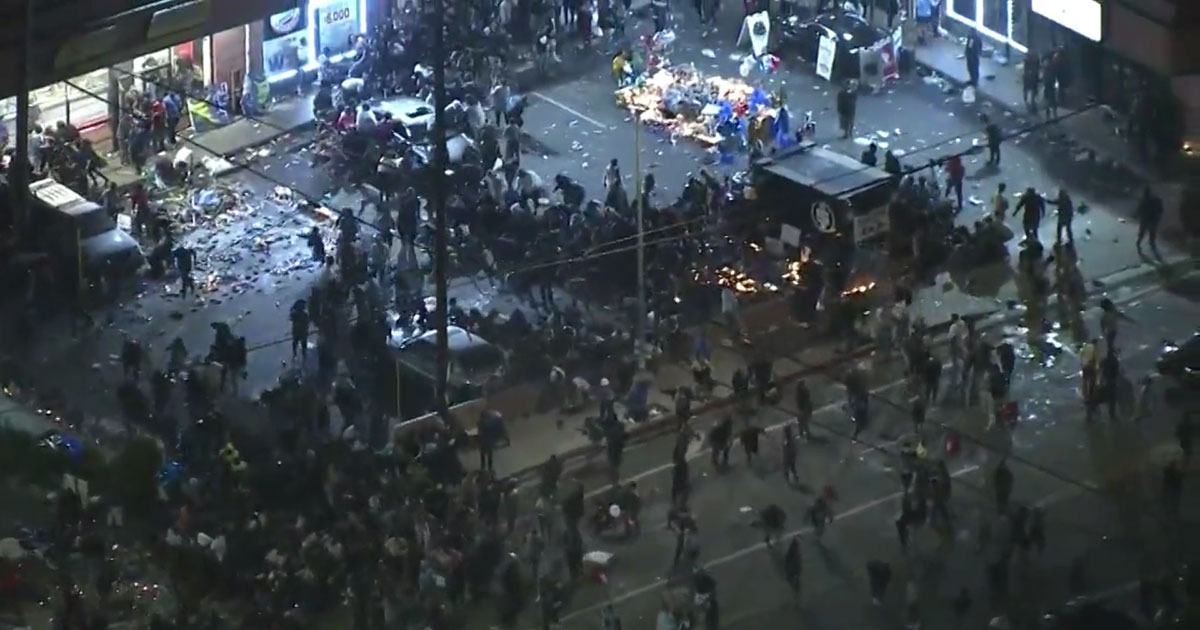 It’s being reported that at least one person was stabbed and multiple people were injured late Monday night (Apr. 1) in a stampede at a vigil held for Nipsey Hussle near the rapper’s The Marathon clothing store where he was shot and killed Sunday afternoon.

Initial reports claimed two people were shot, but police said on Twitter that reports of shots fired were inaccurate.

Our men and women are on scene and making every effort to protect everyone in attendance at the Nipsey Hussle vigil.

Reports of shots fired at the vigil do not appear to be accurate. We do have injured in the chaos and are attempting to restore order.

Law enforcement and fire officials said emergency crews were treating at least five patients, including a stabbing victim, near the scene where hundreds of people were gathered to pay their respects to the slain rapper.

According to L.A.’s KCAL 9, several people were injured as mourners stampeded from the scene amid the chaos of shots fired and stabbing reports

Sky9 was over the scene as fans brought candles, flowers, posters and items of clothing to pay their respects to the 33-year-old rapper around 8 p.m. Monday.

At some point, a stabbing occurred. At least six people were stabbed and multiple people were trampled in the stampede, according to Los Angeles police.

Several people in the crowd become rowdy as police attempted to block off the area, throwing candles and other items at officers, according to KCAL9’s Stu Mundel.

A large police presence responded to the scene, shutting down the intersection as fire responders attended to victims.

Video footage from a news helicopter shows the exact moment the stampede occurred: