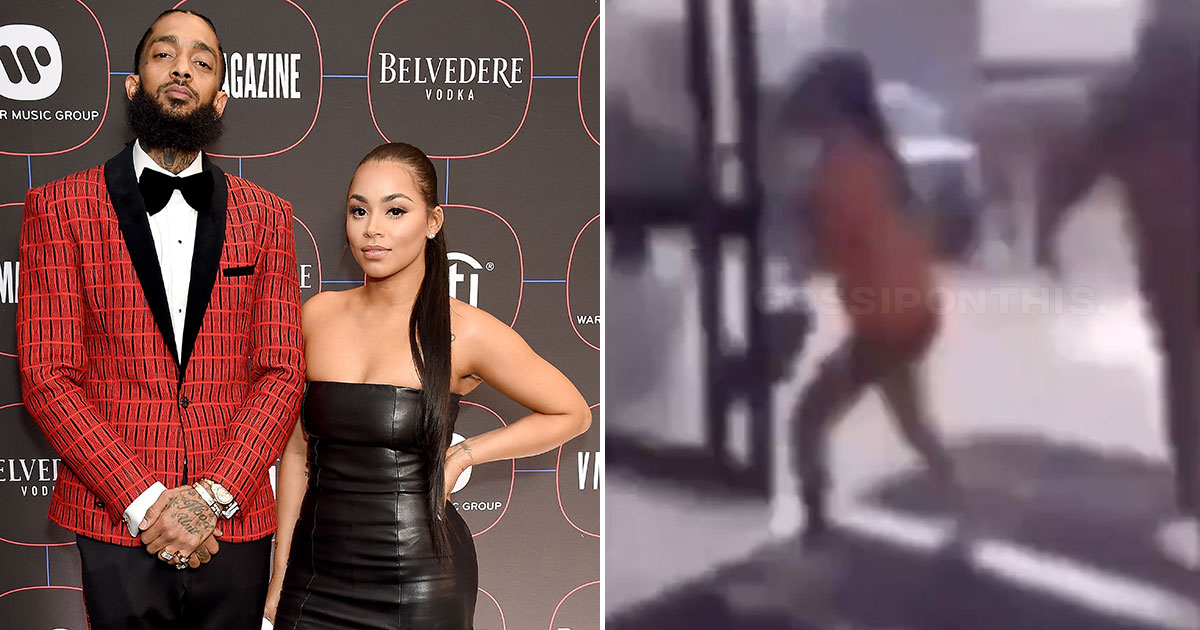 The footage is extremely grainy, and you can barely see anything, but the woman in the video sounds a lot like the actress, and is very emotional and asking questions like “Is he OK?!” At one point, she screams “That’s my husband!”

For what it’s worth, the person recording the footage says “That’s Lauren London.”

Lauren London arriving at the hospital where her soulmate of 5 years, Nipsey Hussle, was pronounced dead.

As we all know, Nipsey Hussle was gunned down Sunday afternoon in broad daylight outside his The Marathon clothing store in the Hyde Park area of Crenshaw, Los Angeles.

Hussle was rushed to the hospital, where he was pronounced dead. According to the L.A. County Coroner’s Office, the rapper suffered multiple gunshots wounds to the head and torso.

The suspected gunman, who fled from the scene, has since been identified as 29-year-old Eric Holder and a warrant has been issued for his arrest.

Nipsey and Lauren have been dating since 2013 and had one child together, a son named Kross, born in 2016. Hussle also leaves behind a daughter named Emani from a previous relationship.