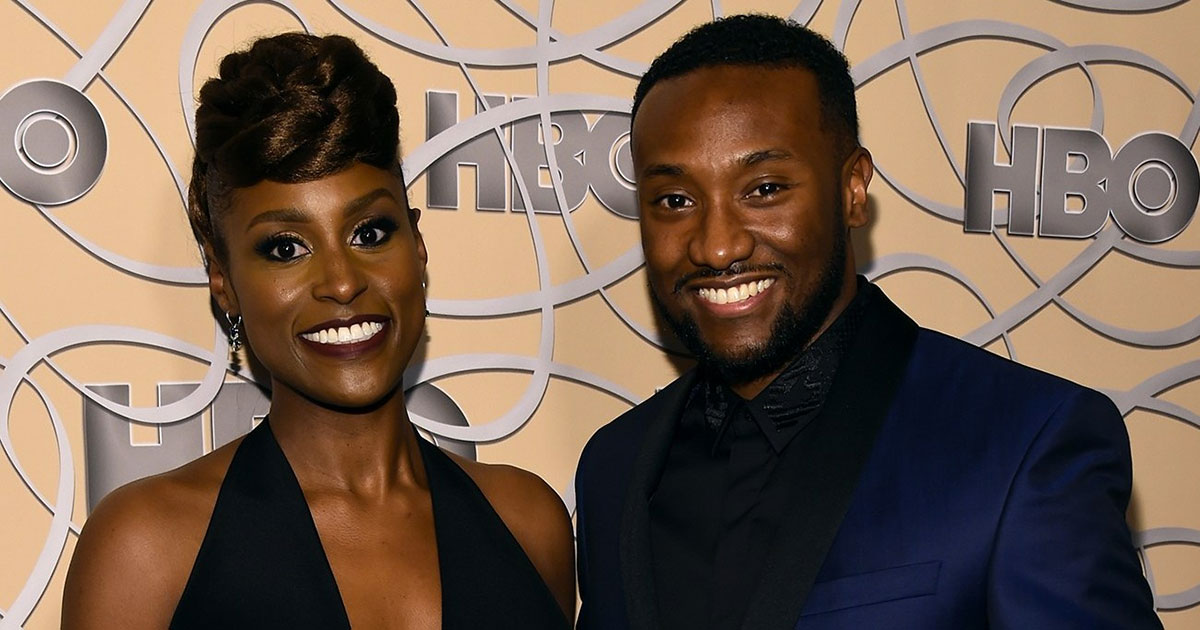 Issa Rae is ready to walk down the aisle. The 34-year-old actress is engaged to her longtime boyfriend Louis Diame.

Issa’s Insecure co-stars Yvonne Orji and Jay Ellis confirmed the news on the red carpet of the 2019 NAACP Image Awards this past weekend.

Orji said she was excited for her on-screen BFF. “The reaction was all the same, like, ‘You out here in these streets getting married, boo!?’ That was the reaction,” she said.

Issa also attended the NAACP Image Awards, but didn’t comment on her engagement, and her reps have been tight-lipped as well.

Rumors of Rae’s engagement were sparked after she was spotted wearing a diamond ring on her new Essence magazine cover.

During her appearance on The View Monday, she downplayed the reports when asked about her ring, saying: “I have a lot of rings on my fingers.”

Issa and Louis have kept their relationship out of the spotlight, though the businessman has been spotted with the actress on several red carpets over the years.

Rae has said that she prefers to keep her personal life private. She told Marie Claire last year: “I get so much feedback about everything. The one thing I don’t need feedback on is who I’m sleeping with.”