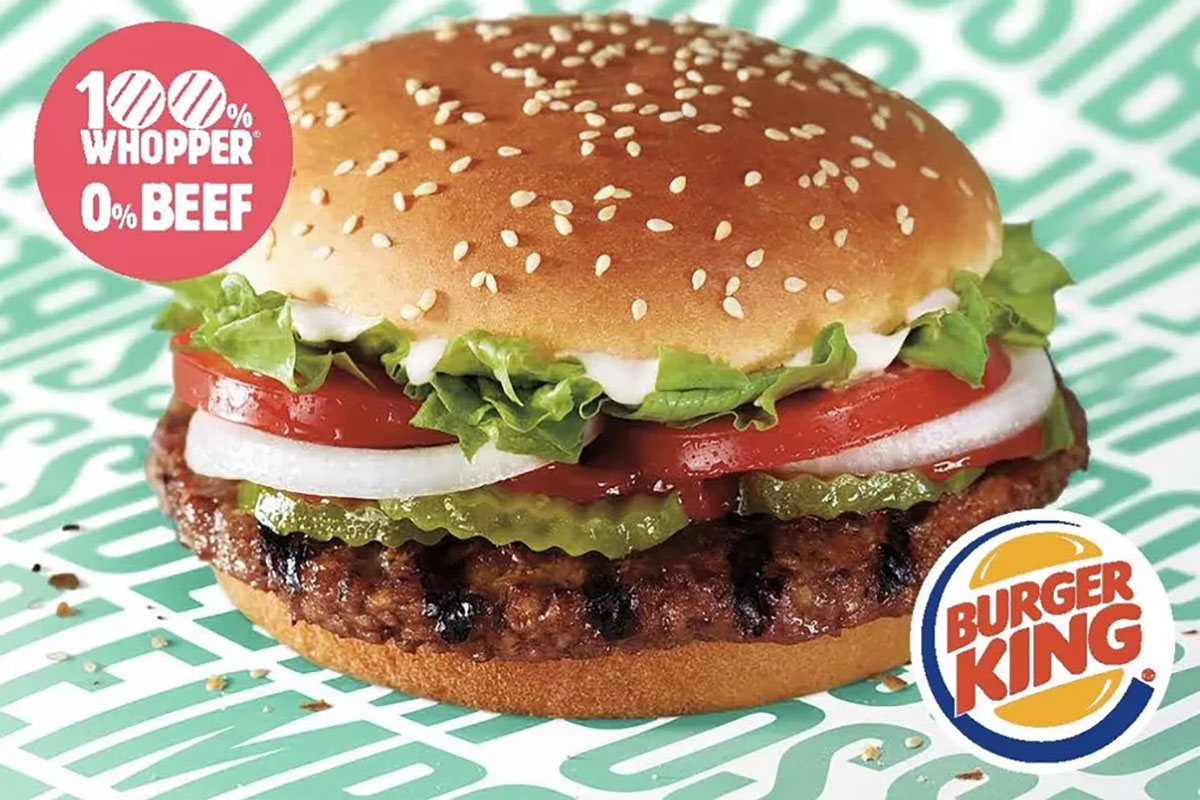 Burger King is known for taking risks with its menu, so it’s no surprise that they are introducing a brand new, meat-free version of its iconic Whopper sandwich.

According to The Verge (via The New York Times), the meatless Whopper, called the “Impossible Whopper,” replaces a beef patty with a plant-based patty that is designed to mimic the look and the taste of real beef.

Burger King’s chief marketing officer says that the Impossible Whopper does such a good job at pretending to be a regular, beef Whopper that customers and employees can’t even tell the difference.

The Impossible Whopper is already available at 59 locations in the St. Louis area starting today, but if the trial goes well, Burger King plans to offer the burger at all of its more than 7,000 locations in the United States.

More from The Verge:

Despite the fact that the Impossible Whopper has 15 percent less fat and 90 percent less cholesterol than a standard Whopper, Burger King chief marketing officer Fernando Machado claims that neither customers nor employees can tell the difference.

The meat-free burger will cost customers about one dollar more than the beef version. It will still be topped with mayonnaise, making it unsuitable for vegans.

The meat-free patty used in the Impossible Whopper is produced by Impossible Foods; the company’s Impossible Burger is already available at White Castle.

It uses an identical recipe to the other burger chain — it’s based on the use of heme, which is derived from soybean roots — although it’s been shaped to resemble Burger King’s normal patties.

Impossible Foods developed its burger in an attempt to reduce the world’s reliance on animal agriculture. The Impossible Burger avoids the health issues and ethical concerns related to meat consumption, while producing just a fraction of the related greenhouse gases.

If the Impossible Whopper makes it to all of Burger King’s branches, this would effectively double the number of locations where its product is available in the US.

Now, you might be skeptical of this report, considering it’s April Fool’s Day, but Burger King assures its customers this is the real deal.

Are you willinng to try the Burger King’s new Impossible Whopper?