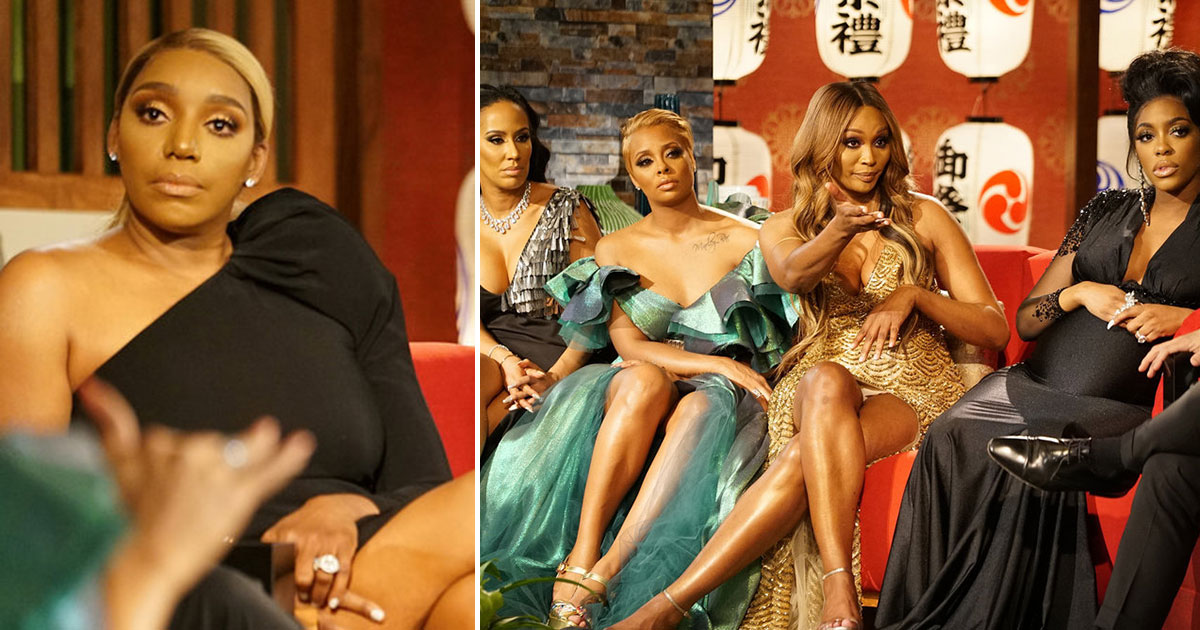 It’s (almost) reunion time! We’re just two weeks away from the Real Housewives of Atlanta Season 11 Reunion, and Bravo is giving us a sneak peek at what to expect.

From the looks of it, NeNe Leakes has beef with the ENTIRE cast. It’s literally Nene versus ERRBODY (minus her bestie Marlo Hampton, of course).

Earlier this month, after filming the reunion special, NeNe reportedly unfollowed all of her RHOA co-stars except for Marlo … and now we see why.

The minute-and-a-half clip shows the ladies addressing everything from the “closet-gate” incident at the “Bye Wig” party when NeNe allegedly put her hands on Porsha and did something with a belt … to the demise of NeNe and Cynthia’s friendship.

NeNe feels like she betrayed her by not warning her about Kenya Moore attending Porsha’s baby shower, but Cynthia says she had no idea Kenya was going to be there.

NeNe also calls Tanya a “f**king liar” and even goes at it with Eva.

“The fact that you would give a big f*ck you to all of us,” Porsha snapped at NeNe, pointing to herself, Cynthia, Eva and Tanya, “We are NOT friends!”

“Y’all want to fire on me at this corner, I know I’m the one,” NeNe fires back.