GOSSIPONTHIS.COM Crime Teacher Allegedly Had Sex With 13-Year-Old Student While His Friend Watched 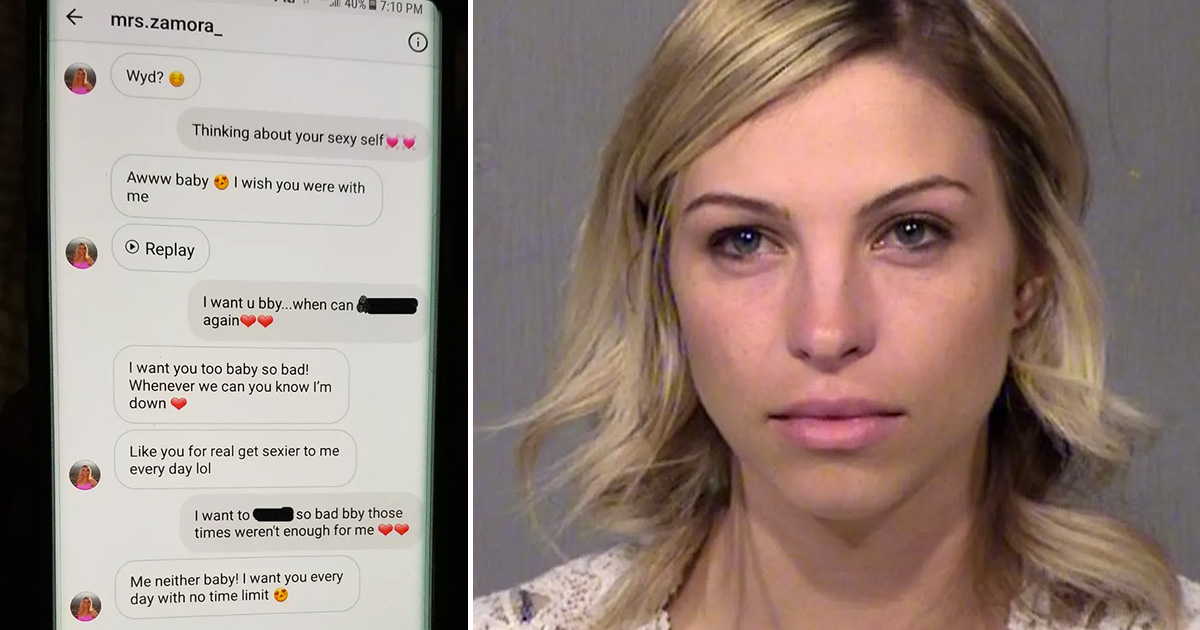 A former Arizona teacher who was arrested last year for allegedly having a sexual relationship with a 13-year-old student had sex with the teen while another student was in the classroom, police said.

According to the Arizona Republic, 28-year-old Brittany Zamora’s illicit relationship with her 13-year-old student began with a message on a school app.

Zamora asked her sixth-grade students at Las Brisas Academy in Goodyear, Arizona to message her on an online instruction app called Class Craft, but police said a message from one male student turned into flirting and then evolved in a full-out sexual relationship between the then-27-year-old and her barely teenage student.

On one occasion, Zamora and her 13-year-old lover fondled each other in her classroom while other students, unaware of what was going on, watched a video.

The boy told police that there were also times when Zamora would grope him at her desk while pretending like she was looking for something in a drawer while other students worked on a project mere feet away.

In class, the teacher and the teen would pass love notes to each other (see below), including one that read “U R SEXY!” Another note, seen in photos released by the Goodyear Police Department, said “Stop turning me on [baby]!” 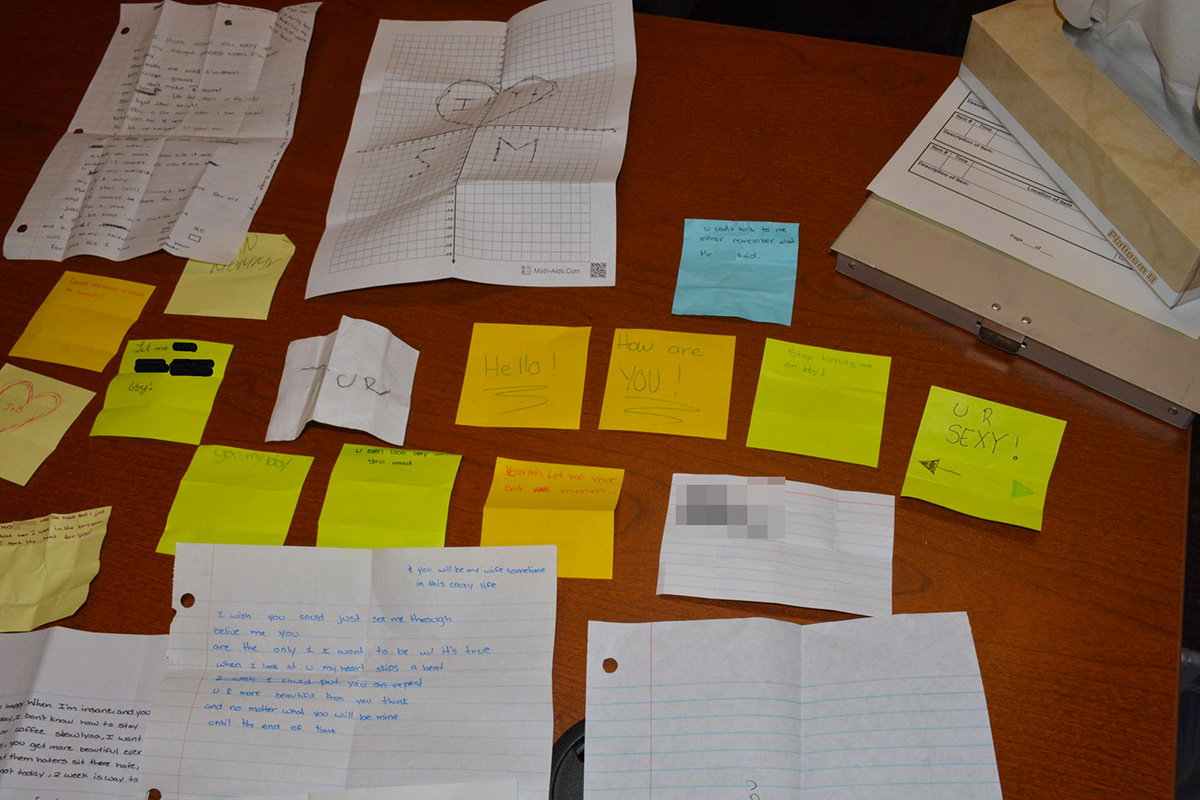 The boy also told police that he and Zamora exchanged nude photos and they frequently talked about what they wanted to do to each other.

“She said she wanted to give me a blow job and my stuff is really big and stuff like that,” the pupil said in a police interview. When the interviewer asked him to clarify what he meant by “stuff,” he whispered “penis.”

The boy said this went on for weeks until one night, when he was staying at his grandparents’ house, the teacher messaged him while her husband was out fishing and asked “if she could come over to show how much she loved him,” the Arizona Republic reported.

The teen told police he sneaked out of the house after midnight to meet Zamora in her red Mazda, which she had parked at the other end of the street, and the two kissed and performed oral sex on each other before Zamora’s husband called saying he was on his way home.

Zamora returned the very next night, and the boy said they had sex briefly before her husband called and she left. She told the teen not to tell anyone, but he confided in a classmate anyway.

One day, the two boys were supposed to stay after school to help prepare for an upcoming talent show, but instead, Zamora kept the boys in the room and started kissing the victim, the friend told police.

The friend said Zamora asked him to stay and play lookout to “make sure no one saw as they had sex in the classroom,” according to the Arizona Republic. “They were just doing it,” the friend told police. “It was very uncomfortable.”

The friend told police that the next day, Zamora and the boy asked him to keep watch, but he refused and left. The friend said the victim told him that he and Zamora had sex again.

The friend said Zamora never attempted to sexually assault him, but he did tell police that Zamora asked him if he was circumcised one time, and she showed him pictures on her phone when he didn’t understand what she meant. “The conversation stopped because it was time for recess,” the Arizona Republic reported.

The boy eventually confessed to his parents that he and his teacher were having sex, and Zamora was arrested in March 2018 on suspicion of sexual misconduct with the student.

Zamora later pleaded guilty to multiple charges, including molesting a child and sexual contact with a minor, and she’s currently being held in a Maricopa County Jail on a $250,000 bond.

The teenager’s parents have filed a civil suit against the school district, Zamora, and her husband for $2.5 million.