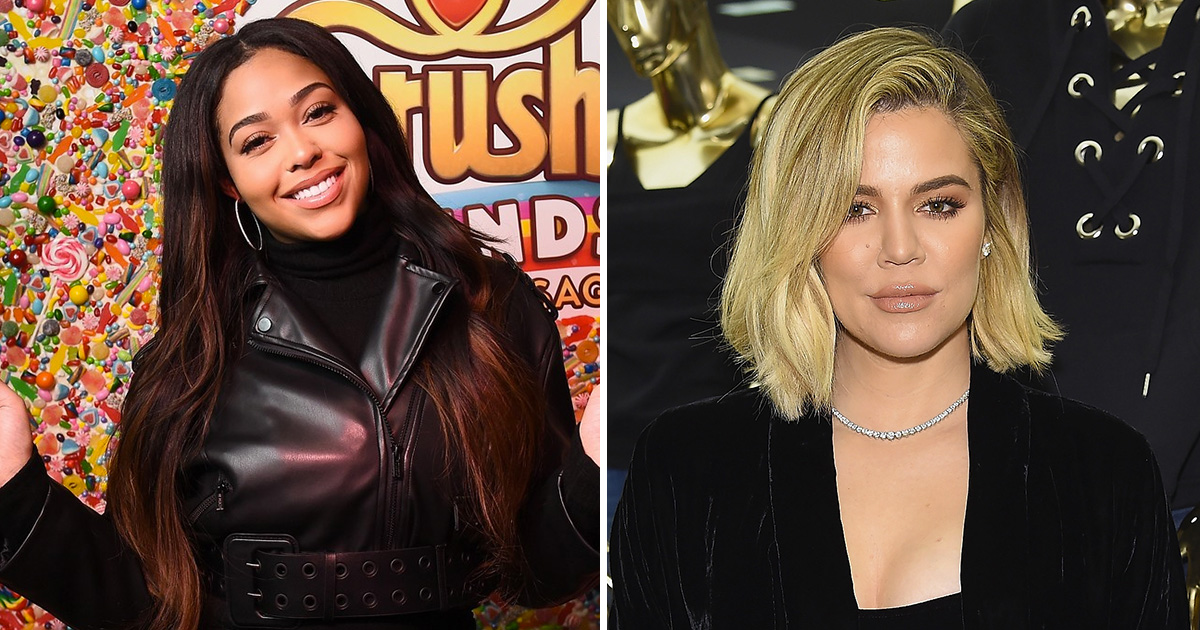 Hours after Jordyn Woods’ “Red Table Talk” interview with Jada Pinkett Smith about the Tristan Thompson cheating scandal, Black Twitter rallied behind her as Kardashian fans trashed her for being what they consider a homewrecker.

In her interview, Woods said that she wasn’t the reason behind Khloe and Tristan’s relationship falling apart, and Khloe went off on her on Twitter, calling her a liar and saying to her “You ARE the reason my family broke up!”

The next day, Khloe appeared to have a change of heart and backtracked on her original comments to Jordyn, this time placing the blame on her baby daddy, where it actually belongs.

“Jordyn is not to be blamed for the breakup of my family,” she said. “This was Tristan’s fault.”

She added: “I have to move on with my life & count my blessings, my family, my health, & my beautiful baby True.”

Now, on the surface, one would think that Khloe is trying to be the bigger person here … but if you head on over to Twitter and peep the #TeamJordyn hashtag, you can clearly see why Khloe changed her tune so suddenly. HOMEGIRL GETTIN’ DRAGGED ALL OVER THE PLACE.

Me: What about the dirt Tristen BEEN doing???

Can’t wreck a home that was never there #TeamJordyn pic.twitter.com/ApcMTfl8LE

Stop going after a 21 year old girl for a mistake. Yes, a serious one, but dragging her in public using millions of K's followers to slut shame her, is disgusting. In the end, @jordynwoods will come out looking much better than all of you.#teamJordyn

The truth is. Khloe is a hypocrite. How do you encourage strength in women but find no problem in publicly attacking a 21yr old who is probably the 10th woman your "boyfriend" cheated on you with? #TeamJordyn

How immature for a “grown” woman to lash out at a child like that. And I say child because this girl is just 21. We make mistakes so that we can learn. Regardless of what really happened, no one else is responsible for keeping your family together but you #TeamJordyn

Where was this energy when your friend Malika slept with French… #TeamJordyn https://t.co/g5eXhyMkgg

Some suggested that Tristan did this on purpose to get rid of Khloe, but she just. won’t. leave.

Tristan: Yeah I cheated on you so we done right?

Khloe: No we’re family. It’s all Jordyn's fault really, we can fix this

RT @DeanCoxj: Tristan: Yeah I cheated so we done right?

Tristan: “She wont fucking leave me bro I tried everything!!”

Lamar: “You tried EVERYTHING??”

Tristan: Yeah I cheated on you so we done right?

Others were happy to know that the Smiths and Black Twitter have Jordyn’s back.

Will Smith said WE got you. So you know what that mean right? #TeamJordyn pic.twitter.com/tcMSwBibfC

Will: "The world isn't going to break you. WE won't allow it"

Khloe: “BTW, You ARE the reason my family broke up!”

Me watching black twitter come to Jordyn’s defense, dragging the Kardashians for every man they stole #TeamJordyn pic.twitter.com/H17pA7G07w

Black Twitter has rallied around #TeamJordyn we are not letting our sis get canceled! People make mistakes but we are not here for dragging someone’s name through the mud and blaming them for ruining an already cracked relationship!! pic.twitter.com/tBTFXVeHQS

#TeamJordyn #FreeTristanThompson and GROUPON PEEN are all trending right now, Black Twitter has not been this lit since Black Panther.

Black twitter coming for a 34-yo yt woman who blames a 21-yo Black woman for breaking up her family, when said yt woman hails from a family of yt women who built careers out of dating Black men already in relationships…is some of the best Black twitter in ages. #teamJordyn pic.twitter.com/7v63vxG3TO

How all of Black Twitter protecting Jordyn from them Kardashians tonight #TeamJordyn pic.twitter.com/4CKA85Mpu0

And some were just spitting straight facts.

Kanye wasn’t single when he got with Kim

Tyga had Chyna when he got with Kylie

Kris was MARRIED when she cheated on Rob with Todd, then married Bruce

grow tf up when ur playing the same game!#TeamJordyn

@khloekardashian You can’t keep a man that doesn’t want you, stop blaming everyone else but yourself. It was your fault for taking him back knowing that he had cheated on you not once but twice, DEM he even cheated on his ex with you. You should have known better. #TEAMJORDYN

But they all had one thing in common: #TeamJordyn for life.

After meditation and long nights of tabloids research, I'm #TeamJordyn

The next time we see you, hold your head up high and walk like the Queen you are #TeamJordyn pic.twitter.com/iUkYk6qxIC

Hey @jordynwoods go ahead and work on your brand. Drop something. I got my coins ready. #TeamJordyn pic.twitter.com/jLm27iRhwY

The fact that #TeamJordyn is trending is hilarious. Cause they really fucking thought they were getting her cancelled. pic.twitter.com/X0rgRnOJhY

One thing that is not gonna happen anymore is black women allowing white women to drag a sister. Sorry @khloekardashian but we are ALL with @jordynwoods. #JordynWoods #TeamJordyn pic.twitter.com/MkzW6T6WS3

Notice how the KarTRASHians cannot handle when women do to them the same thing they do to other people. All them sisters are homewrecking opportunists but let somebody use those same methods against them. That family been trash? NEXT CASE! #TeamJordyn pic.twitter.com/RAWaaMVYpv

"The world isn't going to break you. WE won't allow it"