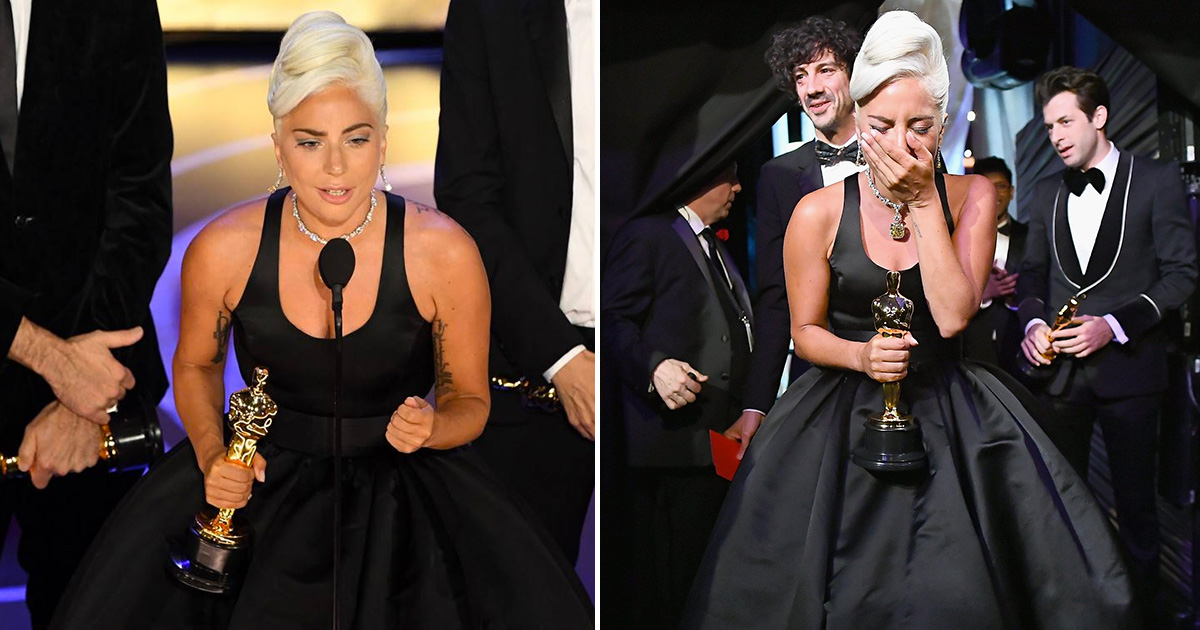 She’s already a Grammy winner and a Golden Globe winner, but now when you mention Lady Gaga, make sure you put a little more “respeck” on her name, because she’s now officially an Academy Award winner after her song “Shallow” from “A Star Is Born” won the Oscar for Best Original Song at the 91st annual Academy Awards Sunday night (Feb. 23).

She performed the song for the first time with her on-screen lover Bradley Cooper earlier in the evening.

Lady Gaga and Bradley Cooper perform “Shallow” from 'A Star Is Born' at the #Oscars.pic.twitter.com/ouS2xCxDN0

“I love you, Mom and Dad. Bradley. There’s not a single person on the planet that could have sang this song with me but you. Thank you for believing in us. Thank you so much,” Gaga said on stage as she accepted her first Oscar Award.

“Shallow” is reportedly the most awarded song in history, and after Sunday night’s win, Lady Gaga is the only artist to ever win a Golden Globe, a Grammy, a BAFTA and an Oscar in a single award season.

Lady Gaga's "Shallow" is now the MOST Awarded Song in HISTORY, with 32 wins! ? pic.twitter.com/Z4JBTCDROD

The singer/actress follows in the footsteps of Barbra Streisand, who also won the same award for her version of “A Star Is Born.” Streisand’s “Evergreen” took home the Academy Award for Best Original Song in 1997.

While this is Lady Gaga’s first Oscar win, she earned her first nomination in 2016 for “Til It Happens to You,” a song she co-wrote with Diane Warren for the “The Hunting Ground, a 2015 documentary film about campus rape in the United States. She performed the song at the 2016 Academy Awards, bringing 52 sexual assault survivors onstage with her.