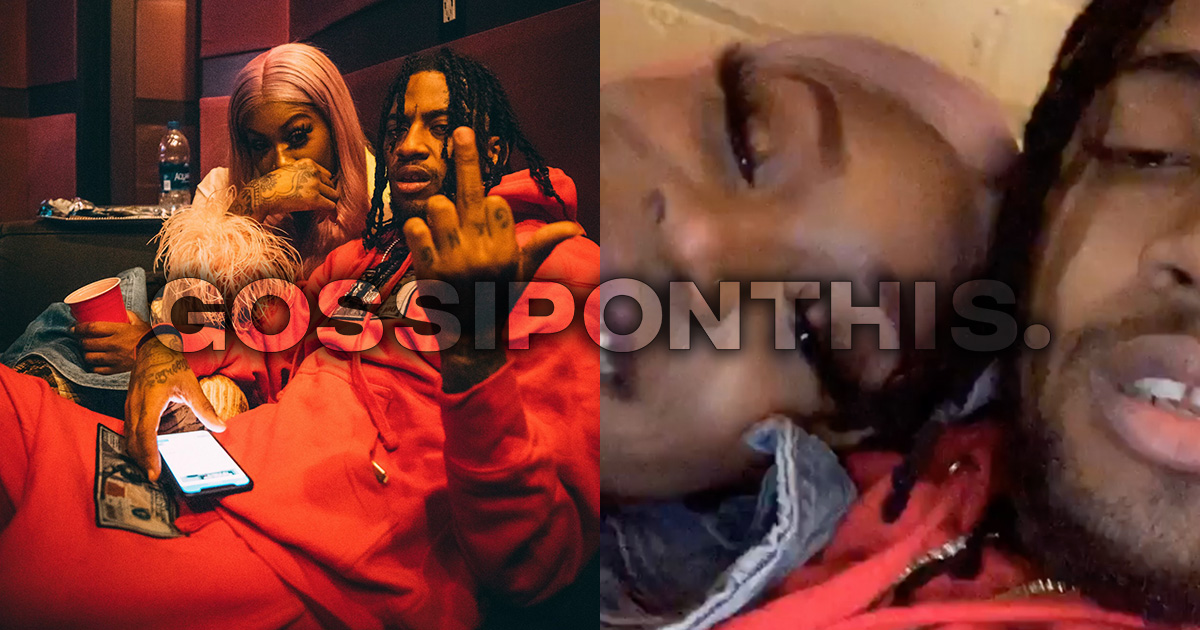 It looks like Jadah Blue from Black Ink Crew (New York) has a new man in her life.

After Jadah and Ted officially ended things last season on Black Ink Crew, Ted moved on with Tati, and Jadah went her separate way as well, and even allegedly got pregnant by her new boyfriend not long after.

Now, sources connected to the former VH1 star have exclusively revealed to Gossip On This that Jadah has is in another relationship, this time with Atlanta rapper Jose Guapo.

Our spies say that Jadah and Jose Guapo have been dating “on the low” for the past two months after initially meeting on Instagram.

Last week, the ATL rapper posted two videos with Jadah on his IG stories, and we also obtained an exclusive photo of the two hugged up on a couch in what appears to be a recording studio. Jose Guapo was seen wearing the same outfit in an Instagram photo he posted on February 7th (below) that looks like it was taken in the same room.

As for Jadah’s pregnancy, she posted a video on IG Live last month saying she had a miscarriage and calling out BIC’s producers for being fake. She said she never worked in the shop as a receptionist and also claimed most of the people on the show are not even “Black Ink” employees.

She said her boyfriend also didn’t appreciate the fact that editors cut out her scene talking with Donna about the miscarriage.

However, our sources say Jadah wasn’t even pregnant to begin with.

“She was never actually pregnant, it was just some VH1 reality tv storyline,” one insider said.