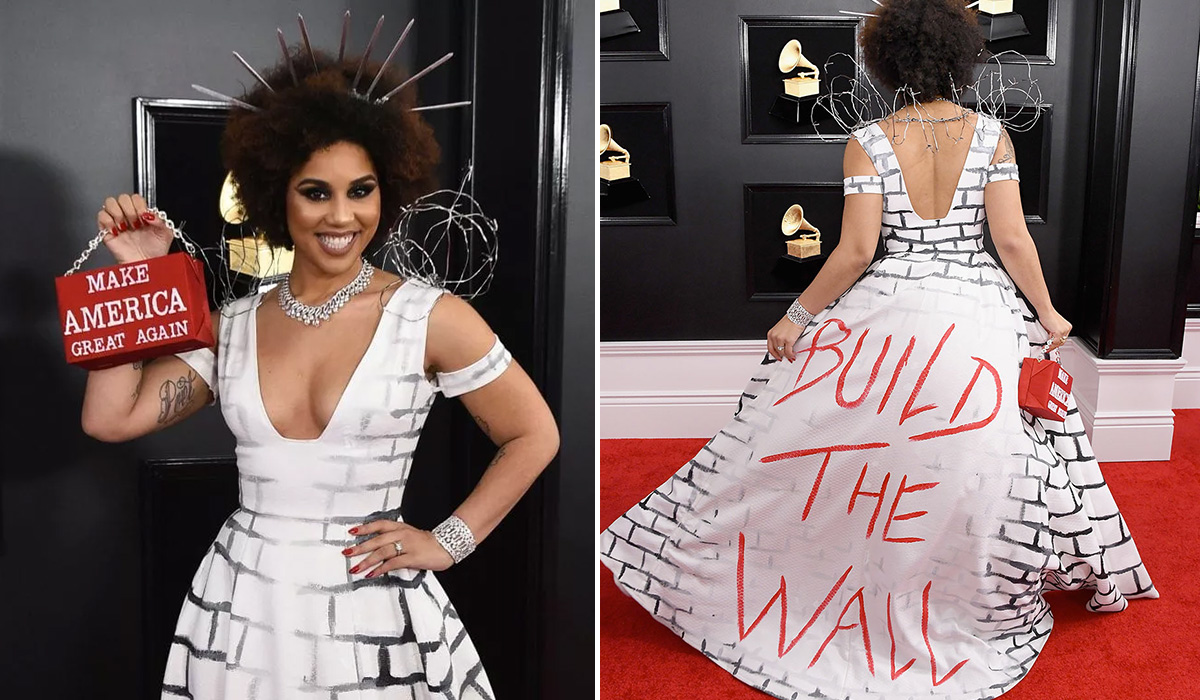 Pro-Trump singer Joy Villa showed up to the 2019 Grammy Awards looking like the world’s tackiest racist.

Villa posed for photos on the red carpet of the Grammys Sunday (Feb. 10) in Los Angeles wearing a dress made to look like a border wall with the words “BUILD THE WALL” written on the back. She completed her offensive look with a red “MAGA” purse, which she proudly posed with.

This isn’t the first time the avid Trump supporter has made a political statement on the Grammys’ red carpet either. In 2017, she wore a blue dress with “Make America Great Again” written on it.

Describing folks’ reaction to her “build the wall” dress, Villa said in an interview with FOX Business’ Mornings with Maria: “It was crazy. A lot of people were just giving me side-eye, giving me negative looks, not willing to look me in the eye, scrunching up their face.”

Joy Villa has been walking the red carpet since 2015 and is a “proud” member of the Recording Academy. While she’s gotten used to dealing with liberal Hollywood’s reactions to her political statements, she also feels that some are starting to embrace her support of President Donald Trump.

“I think they love me, but they are not going to quite own me or claim me yet,” she said. “But I also think that they love that I make a splash.”

If you say so, girl.