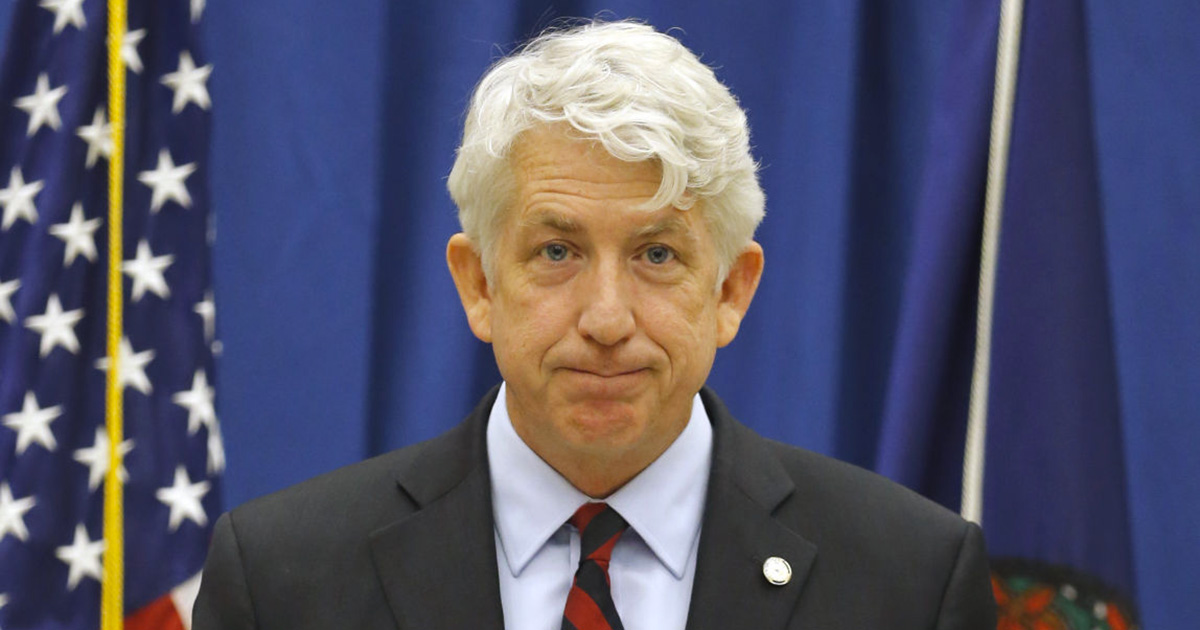 In the latest political bombshell to rock Virginia, yet another top Democrat in the state has admitted to wearing blackface decades ago.

Attorney General Mark Herring released a statement Wednesday (Feb. 6) saying he wore brown makeup and a wig in 1980 to look like a black rapper during a party as an undergrad at the University of Virginia.

“In 1980, when I was a 19-year-old undergraduate in college, some friends suggested we attend a party dressed like rappers we listened to at the time, like Kurtis Blow, and perform a song,” Herring said. “It sounds ridiculous even now writing it. But because of our ignorance and glib attitudes—and because we did not have an appreciation for the experiences and perspectives of others—we dressed up and put on wigs and brown makeup.”

Herring added: “This was a onetime occurrence and I accept full responsibility for my conduct.”

The admission further roils the top levels of Virginia government, as Virginia Governor Ralph Northam and Lieutenant Governor Justin Fairfax are already facing controversies of their own, and Herring would be third in line after those two men. All three of them are Democrats. Yikes.

AG Herring is among the many who have urged Gov. Northam to resign after the discovery of a photo of someone wearing blackface on his 1984 medical school yearbook page.

“It is no longer possible for Governor Northam to lead our Commonwealth and it is time for him to step down,” Herring said over the weekend.

After Northam’s yearbook page surfaced last week, he admitted to being one of the two people in the photo and apologized. The next day, however, he did a complete about-face and insisted he wasn’t in the picture, though he admitted to wearing blackface that same year, dressed as Michael Jackson at a San Antonio dance competition, where he moonwalked.

Gov. Northam claimed he never bought the yearbook and wasn’t aware the racist photo was on his page. Despite widespread calls for Northam’s resignation, he refuses to step down and wants to get to the bottom of the alleged mystery.

As for Lt. Gov. Fairfax, who is next in line to be governor after Northam, he’s been accused of sexual misconduct, which he denies. The Washington Post reported that Fairfax and the woman first met in Boston at the 2004 Democratic National Convention. She accused him of a “sexual encounter that began with consensual kissing and ended with a forced act that left her crying and shaken.”

Fairfax continued to deny wrongdoing in a new statement, but said: “while this allegation has been both surprising and hurtful, I also recognize that no one makes charges of this kind lightly, and I take it and this situation very seriously.”

Fairfax reiterated his denial, saying he and the woman who made the allegation had a “consensual encounter” when he was an unmarried law student.

“At no time did she express to me any discomfort or concern about our interactions, neither during that encounter, nor during the months following it, when she stayed in touch with me, nor the past fifteen years,” Fairfax said. “She in no way indicated that anything that had happened between us made her uncomfortable.”

Fairfax added: “These are unprecedented and difficult times. We have the opportunity to prove ourselves worthy of the challenge and come together. I look forward to continuing my work to unify the Commonwealth.”