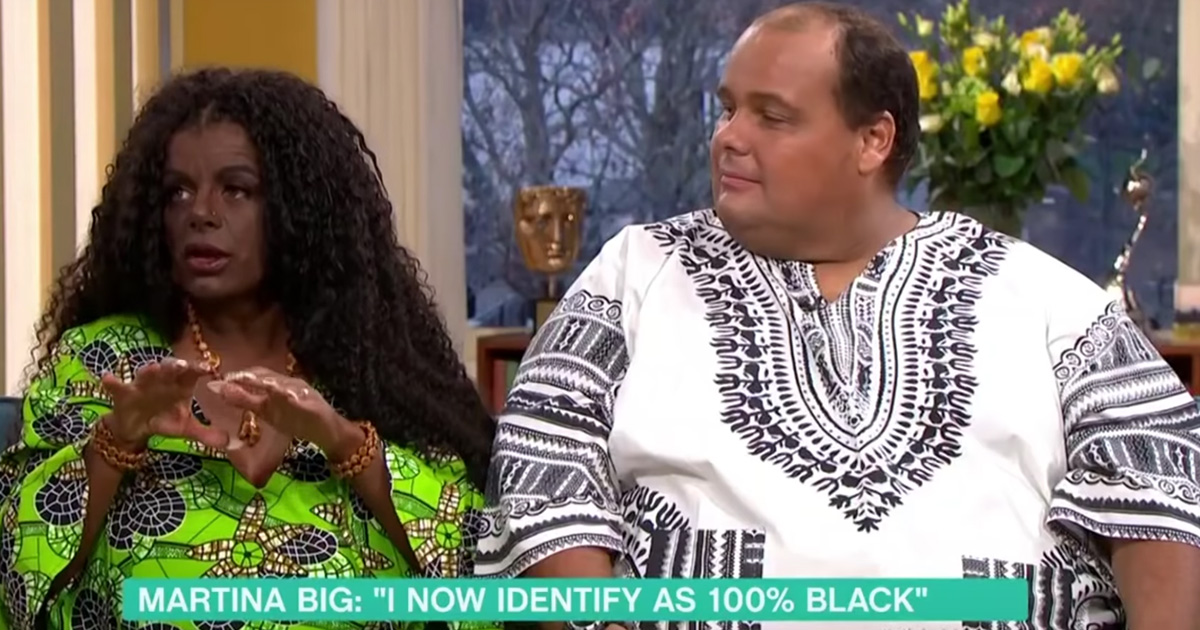 Over the past couple of years, Martina Big has gone from a blonde, white woman to an overly tanned white woman with darker skin who now claims to be Black, and her husband is doing the same thing.

Now, because they have darker skin, Martina and her husband, Michael Eurwen, seriously believe that whenever they decide to have children, they will be Black. And how do they know this, you ask? Because a doctor (allegedly) told them so.

“They said they will be Black,” Big said during a recent interview on the British TV show This Morning. Big, who said she identifies as  also said that she and her doctors have discussed breastfeeding and whether or not it’s safe for her to even have a baby.

Martina’s husband was also present for the interview and while he didn’t talk nearly as much she did, he seemed to agree with everything his wife was saying. But those of us with even a little bit of common sense know that’s not how biology works.

White people, no matter how dark they make their skin via artificial means, do NOT make Black children.

Even the hosts of This Morning were amazed at the couple’s delusions. “I’m trying to think biologically how that’s … I can’t see how that’s possible, genetically,” one of them said.

Martina went on to explain that the baby will be a mix or her and Michael, and even if it isn’t dark, but is “milk chocolate” or a little bit lighter, she will still accept it as her own.

Martina shocked the world during an appearance on The Maury Show when she claimed she was now a Black woman because of plastic surgery and melanin injections, which has given her skin a very dark brown color.

At first, people thought the German model was just trolling, but now it looks like Martina Big really believes what she’s saying.

I would pay to be in the room to see her reaction when her baby comes out hella white.