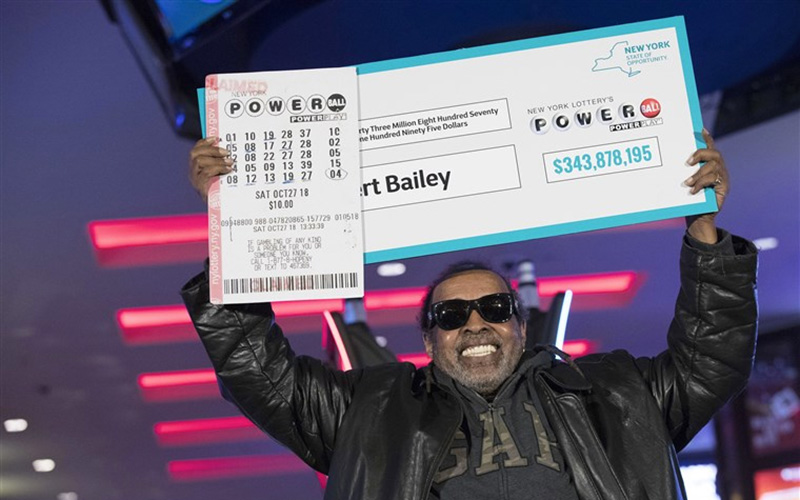 A New York man who has been playing the same numbers for the past two decades finally hit the jackpot.

Robert Bailey—a retired postal worker who lives in Manhattan, NYC—has been faithfully playing the numbers 8, 12, 13, 19, 27 and 4 every week, every year, for the past 25 years, and luck finally struck him when those numbers were drawn on October 27th in the Powerball Lottery.

Mr. Bailey said his winning numbers came from a set of digits given to him by a family member about 25 years ago, but wouldn’t elaborate. He said he played every New York State lottery game using those numbers — 8, 12, 13, 19, 27 and 40 — ever since. For the Powerball drawing, he adjusted the 40 to an allowable single digit.

Mr. Bailey didn’t even watch the live Powerball drawing, he said, but checked the results later after watching college football. He saw the first five numbers match. “When I saw the 4, I just was in shock,” he said. He stayed up all night and barely slept that weekend. It took him so long to come forward, he said, because “I had to see a lawyer and a financial adviser.”

Cheerful, but not exactly forthcoming, Mr. Bailey said he would have avoided the ceremony if he could, except that New York law doesn’t allow lottery winners to hide their identities. A spokesperson with the United States Postal Service said that Mr. Bailey had worked there since 1968, most recently as a machine operator, and retired in 2009. Mr. Bailey said he was single today, “but happy,” and has children, but wouldn’t say how many.

He arrived alone to claim his prize, even if he half-jokingly admitted he might need a bodyguard. Although his life has changed forever, he can’t quit one routine.

Mr. Bailey arrived in Queens clutching a fresh batch of tickets and numbers slips. “I had to play this morning before I came here,” he said. “I’m going to ride this out. I can’t stop now.”

The 67-year-old man split the jackpot with a 51-year-old woman from Redfield, Iowa named Lerynne West, who claimed her prize more than a week ago. Mr. Bailey opted for the lump sum, which, after taxes, amounts to $125,396,690.

Bailey’s plans with the money include getting a house for his mother, traveling and making “good investments,” he said.

He also said he would “give back to Manhattan,” though he didn’t specify how he’d do so, and he said he planned to “take care” of his friend who drove him to the West Harlem Deli to purchase the winning ticket.