GOSSIPONTHIS.COM Politics Twitter Is So Done With Florida & Texas After the 2018 Midterm... 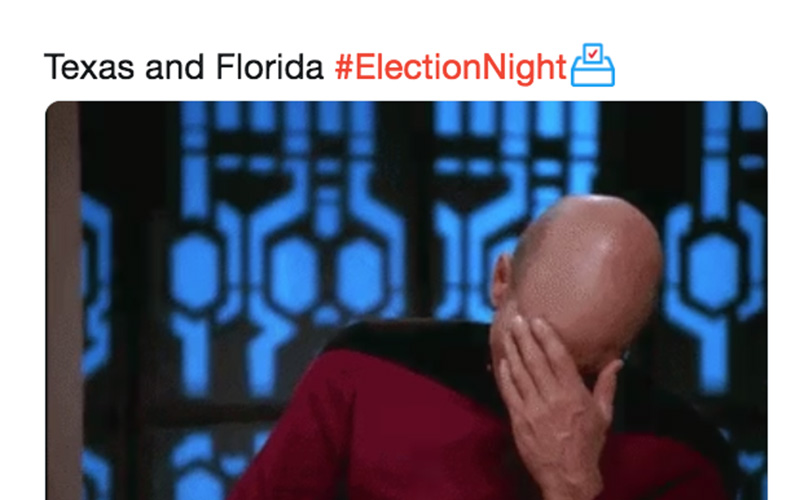 Twitter has had it up to here with Florida and Texas—two states that continue to elect Republican governors, even though Republicans have proven time and time again that they don’t know how to do their jobs, or simply don’t care about the people they’re supposed to represent, or maybe a little bit of both.

Republican Congressman Ron DeSantis, a three-term congressman from the Jacksonville area, is the fourth consecutive Republican elected governor of Florida, a winning streak that dates back to 1998. And Gregg Abbott, who has served as the 48th Governor of Texas since January 2015, won his second term.

Twitter is understandably pissed and has been going in on Florida and Texas for the past 24 hours straight, basically calling those states out on their lack of intelligence.

Click through the gallery below to check out the reactions: