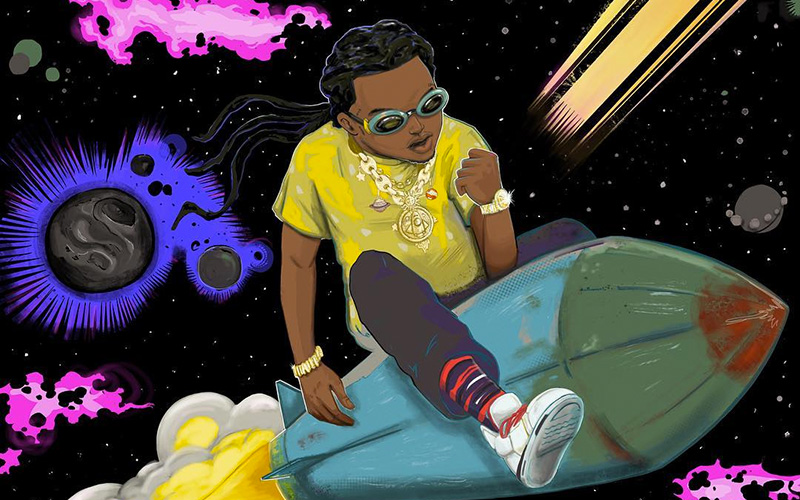 The day has finally arrived. Takeoff’s solo debut “The Last Rocket” was released Friday (Nov. 2), and Twitter couldn’t be more excited about it.

Last week, the Migos rapper—viewed by many as the group’s sharpest lyricist—teased fans with the release of his debut solo single “Last Memory” along with its video, and now, everyone can finally hear what Takeoff has been cooking up behind the scenes.

Also of note, The Last Rocket only features guest appearances from two artists—Takeoff’s uncle Quavo and somebody named Daytona Fox.

LISTEN/STREAM (VIA ITUNES, SPOTIFY & TIDAL) BELOW:

Does The Last Rocket live up to the hype? According to Twitter, yes it does. Peep some of the best/funniest reactions below:

Someone said this was Takeoff holding all the hot beats for himself ???#TheLastRocket #TAKEOFF pic.twitter.com/42GNsdGNRL

As a migos stan, there are songs on Takeoff’s album that are better than Quavo’s whole ass album. Takeoff the best Migo 100% pic.twitter.com/4Rru7EHwFB

Everybody: can I be featured on your alb-

all of us who have been in the “takeoff is the best migo” camp looking at everyone joing our side after listening to #TheLastRocket pic.twitter.com/zibs9LnwKJ

Cuz Takeoff did it better https://t.co/06udBdXq2w

Me after being one song into this new takeoff album pic.twitter.com/MfZiVq9H9E

Half way into the first song and it’s already better than Quavo’s album #takeoff pic.twitter.com/HAzubVojbN

I'm only 10 seconds into Takeoff's album and it's already better than that mess Quavo released. #TheLastRocket

Takeoff leaving the studio after proving to everyone he the best Migo #TheLastRocket pic.twitter.com/fFOKXBKh2T

Ok, but what we’re not gonna do is ignore this beauty of a transition that Takeoff just gave us pic.twitter.com/5SPZQUUoFq

takeoff album and these transitions pic.twitter.com/4CjTlUcxbt